Its still in the early stages. There’s alot more work needed to be done to it. I still need to fine tune it and add more detail. I plan on using it in an animation and possibly in a game when its completed. 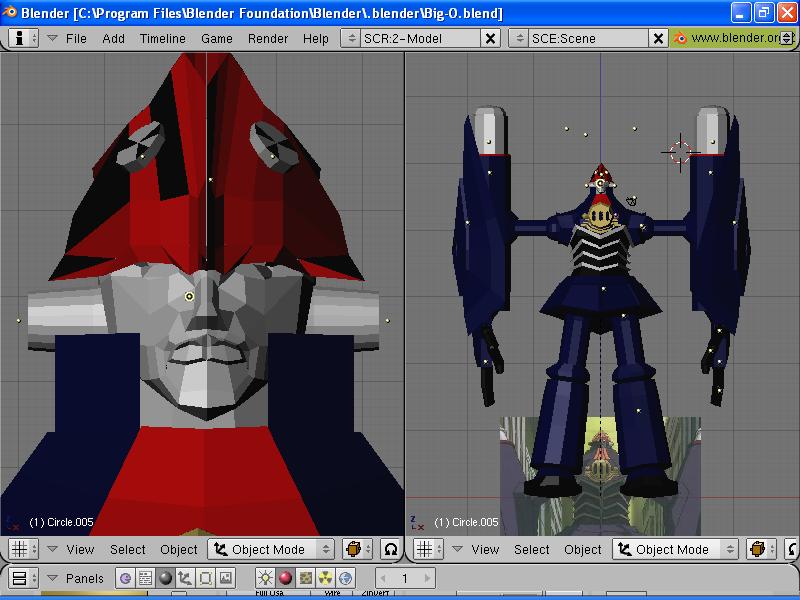 The arms seem to be way out of proportion. I think they should be made smaller, and the bridge between the shield and the shoulder needs to be beafed up. Other wise it’s a good start, keep on going.

no he is modeling the big O, so ithink it looks about right so far 8)

More detail, more definition. Remade his arm shields. The textures also need a bit more tweaking, but they’re getting there.

I’m going to take a break on him for right now and get started on either Roger Smith or Big-Fau. Let me give you the basic rundown for the animation. Ok, I’m going to have a global camera start in on Big-Fau(once created) as he’s doing one of his attacks; it then shifts to a camera positioned either behind Roger or in front of him. I’d then have Roger raise his wrist to summon Big-O with his watch. Maybe I’ll have the camera zoom in on the watch. Then have a ground camera positioned directly in front of where Big-O comes out of the ground, so that the first thing you see is his head and glowing eyes. The next camera view is kinda tricky. I need to have it positioned at a certain angle where Roger is looking up at it, you know give it that enormous feel or presence, but I can’t have Roger in sight. This next view/scene is for Roger. I’m going to have the scene start with him in the cockpit, arms crossed, as the controls are coming down for him to grasp. After that, I’ll end by either having the camera travel out of the cockpit and focusing on Big-O, or set another global camera so you’ll see both Megadeuses. I’m leaning towards the latter. 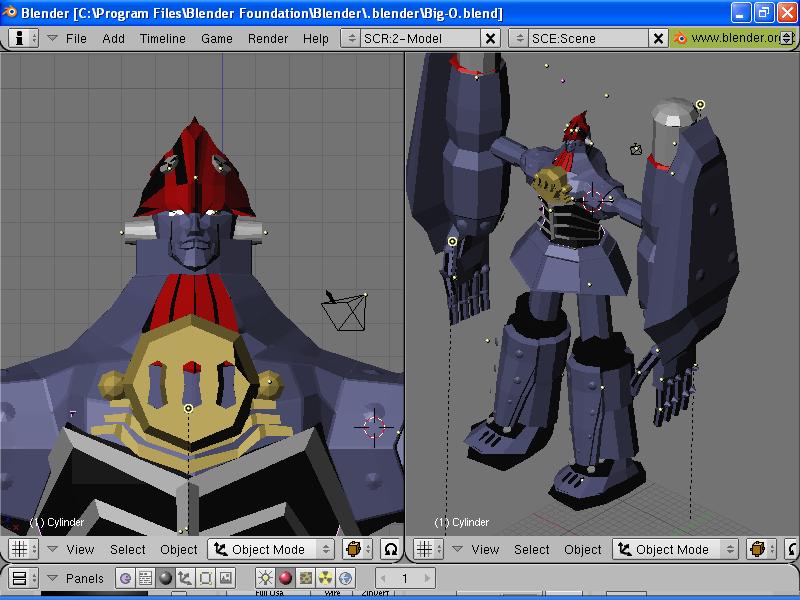 I think it’s quite good.Try rotating the arms a bit

Ok, here’s the start of Roger and the cockpit. His proportions are a little off but remember its still a WIP. I think I have the basic setup of the cockpit. Just a little more detail here and there and it should be ready to go. 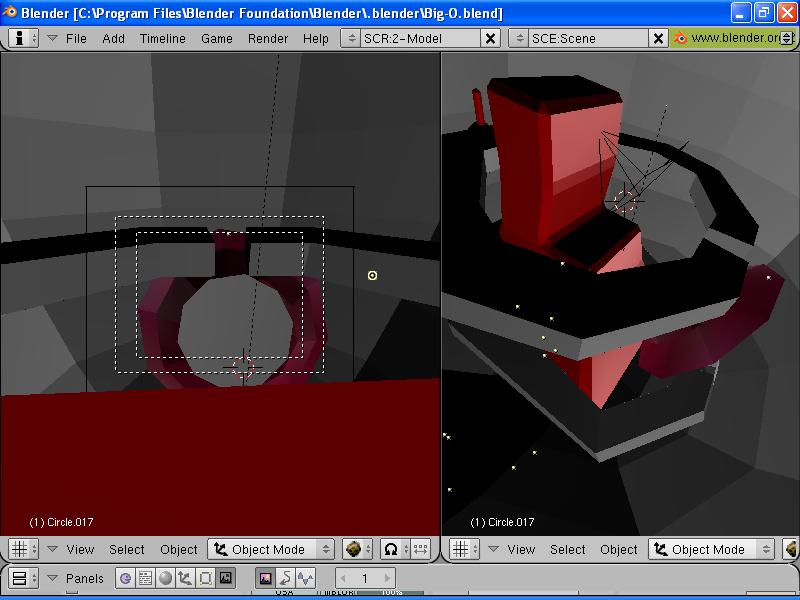 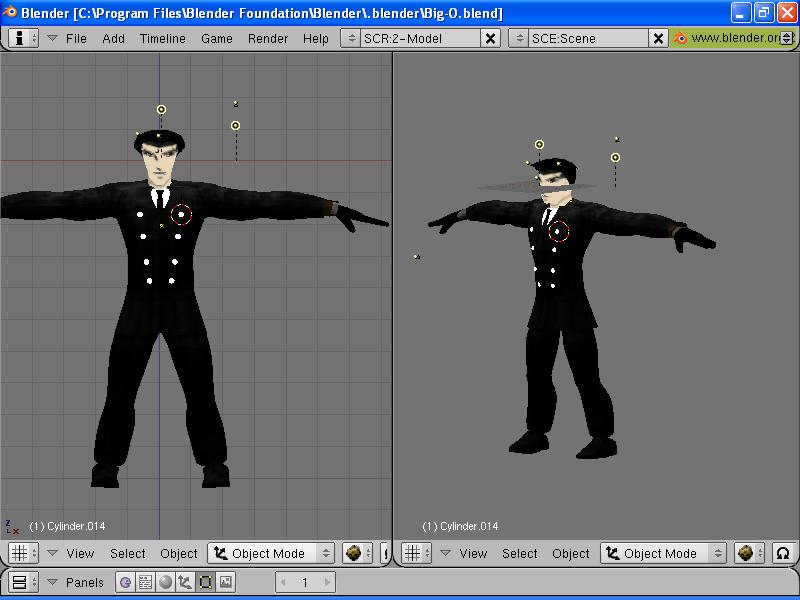