I have just started playing with blender. After playing just a bit with the tutorials, I though I would do something with basic shapes (pretty much square and little modeling, seems a bit like cad)

Have started with the head, doing it only in weekends, this is how much I have now. 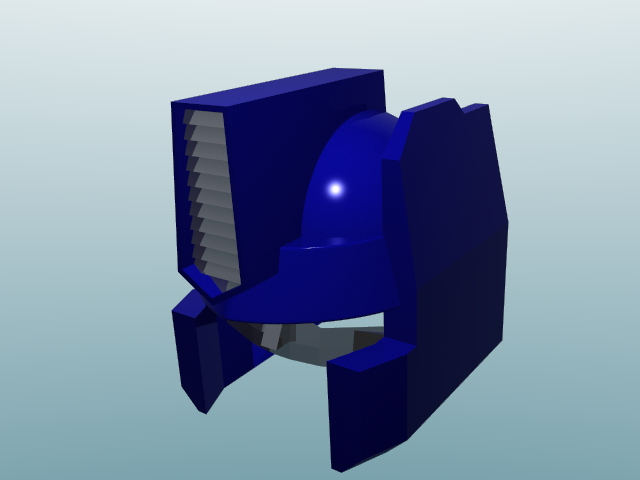 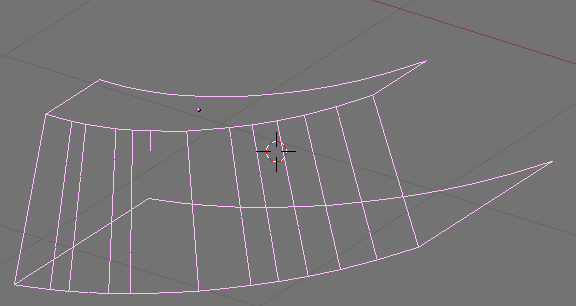 I don’t know where those lines come from, I think I will remake that bit with a cilinder now.

Looking for comments and critics, and suggestions.
I intend to animate it when it is done.
Other shots I have done are here

Update: shots now are uncut, and display the plane info and the 3d view window header.

Hold your horses, there.

Those strange lines you see in object mode are perfectly normal. It doesn’t mean you have to remodel things which appear to have disconnected lines, as long as the real mesh looks right.

Consider it to just be a quirk of Blender.

As for the head, well, it’s not much, but its a solid start. It reminds me of the gundam head I model recently, although mine was a single mesh that I created with vert placing. Don’t get the wrong idea though, creating an object out of smaller parts can work well too, I’m just overly proud of the helmet hehe.

Welcome to Blender and elYsiun David.

Well before I read the text I knew who the model is supposed to be. A very good start indeed.

As Aristotle said, the lines are part of Blender. If you’re in edit mode for that object, all the edges are there I presume.

Clicking the ‘Faster draw’ button in the Edit buttons will make this worse as Blender removes excess lines to speed up work in the 3d window. Nothing actually changes in the mesh, only it’s apperance in the 3d window.

Thank you, I was jsut wondering what causes that.
I did the base starting with a plane, and bending it backwards. then subdividing it and rearanging the vertical-front edges to give it a round shape (with a bezier as a guide).

Maybe those inconsistent lines are because some adyacent faces are in the same plane and thus not as curved as I had thought?

Consider putting the axis displays that appear in the bottom left corner of a 3D window in your screen shots. I helps to orient us viewer. I wish tutorial writers would make that a rule. So that we readers know which direction they are working from.

Well, I have almost finished … the head

This is going very slowly, but this week I will have a few days free to play with it. I hope I will at least do the base for the head and animate. And maybe ad some meaningfull bakcground

Here is the latest render