First post and some recent art, a scent diffuser.

Hello, everyone, as the title says this is my introductory post. I have been reading BlenderArtists for probably a year or so, but I joined just a short while back and am just getting around to doing my first post. As a bit of background, I first started learning about computers about five years ago. Four years ago an old library book on computer graphics switched me from programming to 3D, though it was not until about a year later that I discovered Blender for the first time and started using it (nice gallery on blender.org and an attractive price tag convinced me). Since then, Blender has been my general 3D program of choice. Its not perfect by any means, but it is getting better all the time (Blender 2.56 yeah!).

With that said, I am also posting a recent simple picture I did for a personal desktop background. Made in Blender 2.55, texture prep in GIMP, and rendered with the excellent Luxrender (though it is rather slow…). I also did this as a test of Luxrender and its 2.5x exporter, LuxBlend25. Complete scene finished in about 2 1/2 hours (Mostly tweaking material and light settings as this is my second ever try at Luxrender.). It is not perfect, but I am pleased with how it turned out. 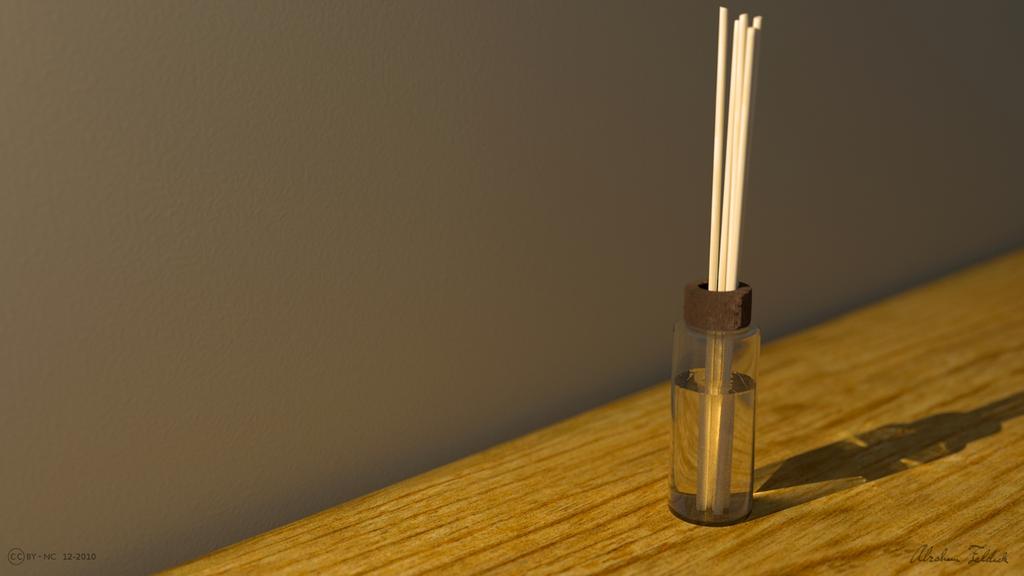