Quite a noob with blender, just started recently. Like getting serious a month or two ago.
Right now I’m working on a large prison scene, probably for an animation later.
This is the longest I’ve spent on a project without ditching, so I decided to make it my first post. Because I’ll probably end up finishing. Took a few days to get here. 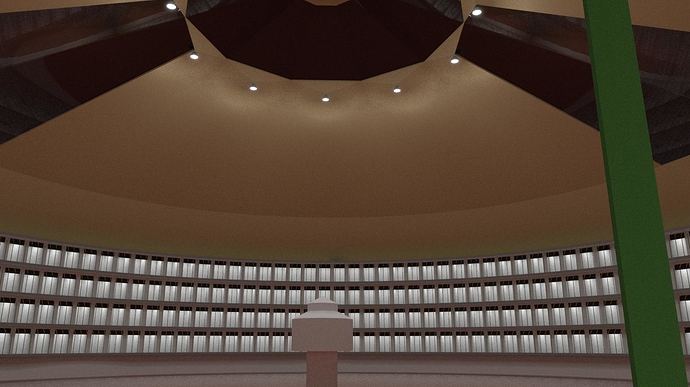 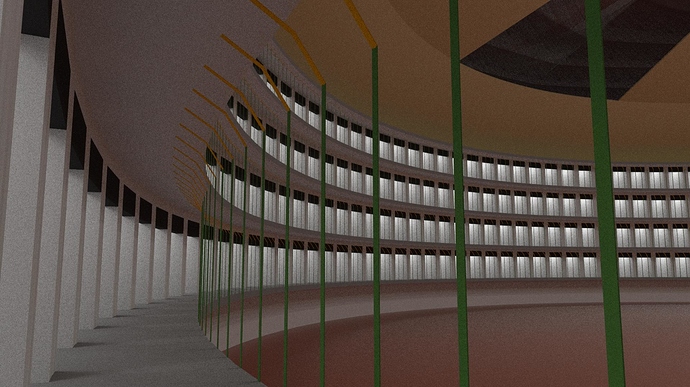 Most of the materials are basics, to give an idea of the final product. Even the glass isn’t done, but it reflects!(I plan to blur it. 4 seconds to change roughness to .2, still haven’t)
Primary illumination is done by 10 point lamps on the ceiling, doing a decent job of low noise and even lighting. Was supposed to be much darker, but then having more of the illumination coming from either “spotlights”(area lamps) on the guard tower aimed around and/or from the lights in the cells was a noise disaster.
I originally wanted it toon shaded, but then I spent more time fiddling with toon shading than just strapping nodes together and reducing noise…
Blender internal is fast, noiseless, and would’ve given me toonish results but I needed to look to the future.

Accidentally made it much larger than the prison its based on, oh well. The guard tower in the center needs enlarging, way to small to be reasonable for the prison size. I still need to add the ceiling beams too.

It is by no means anywhere near complete, but I would appreciate feedback on what I have so far.
I haven’t installed blender 2.79(had bad experiences in the past with pre-release softwares), though its noise reducer would probably work well for this scene. 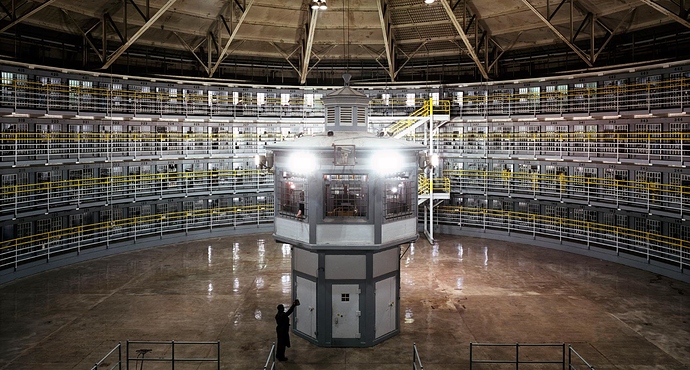 BIIIIG difference in size. Also, the design differences on purpose.

Now to find a way to add 400 physics-controlled doors…