So, I have been fiddling with Blender for quite few years, but never came close creating organic models. I have started doing some tutorials, following steps, and decided it might be time to start my first independent model.
I picked Cherri Bomb, because she lacks some of the modeling nightmares I’m afraid to approach yet (nose/ears). And while I got mesh to somewhat acceptable level I am stuck, not knowing where and how to go from here and would appreciate guidance very much: 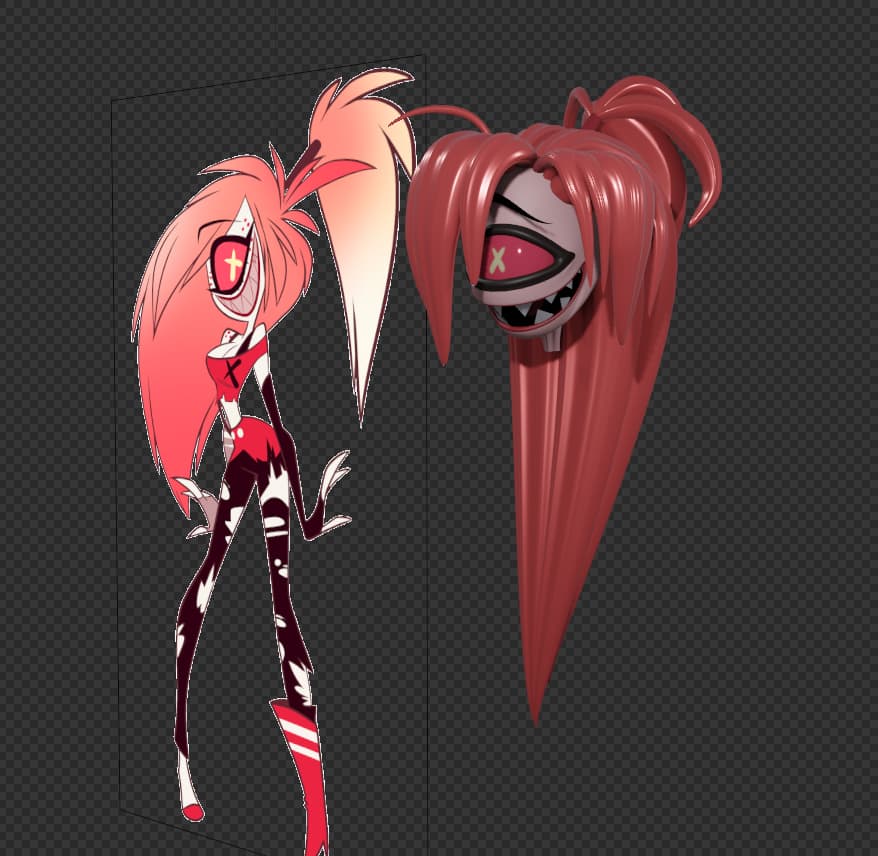 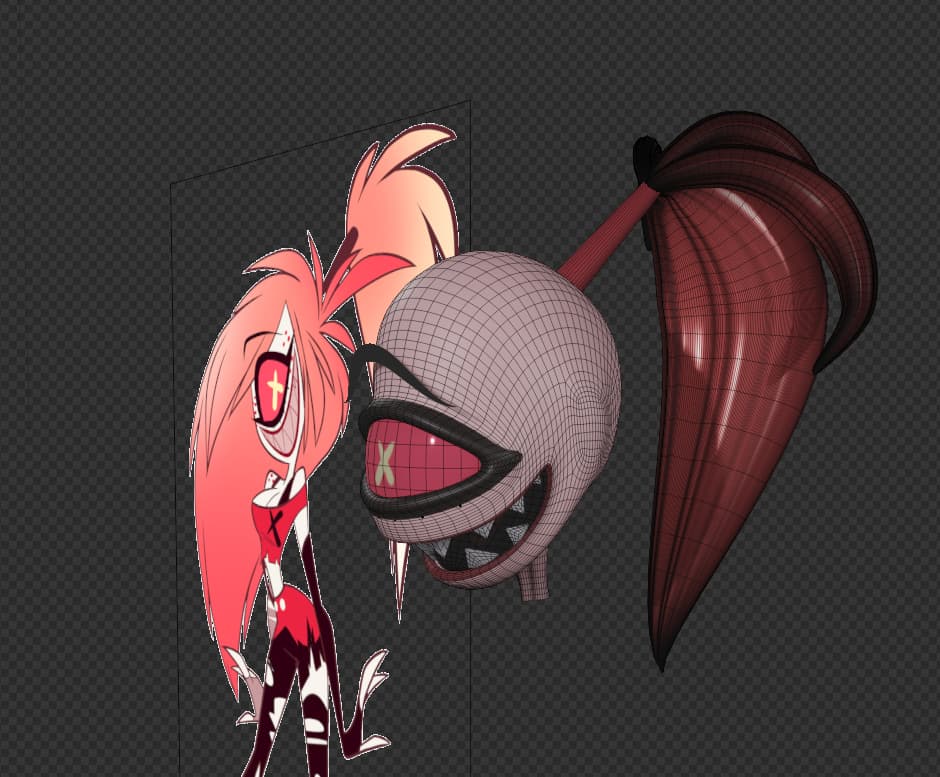 I’ll try to help out a bit, since I do character models almost exclusively.

For the Body: Easiest way to tackle things you don’t know is to dynomesh sculpt it first, then retopo it when you got the structure close enough to what you want. For a character like this though, you could use the blocking method, focusing only on making the body and then connecting it to the neck later. For the blocking method, I recommend going to FlyCat and slowing down their videos to .5x or something.

Hair: The problem isn’t you’re technique to make the hair. The problem is the shader you’re using. That Hazbin you got there is flat shaded which you can replicate by switching from a diffuse (or principle) shader to emission. This is the start of a toon shader but I won’t go into that because it’s a bit much

. Whatever method you found easiest to make her hair is the best. However, the hair will need to be one mesh to look right. Any loose meshes that intersect with it may have a weird outline.

Face Rig: Personally, I would have the mouth closed. It’s not “bad” to have it open, but when you rig a character, they should be in a resting position. You’ll find A-Poses on character models because it lessens the likelihood of stretchy or weird topology problems when it’s animated. But I wouldn’t worry about rigging anything until the model is finished.