This is my first real attempt at creating a website design for a clan I am in, I will keep this up to date with any changes I make. Feel free to leave critique on it. 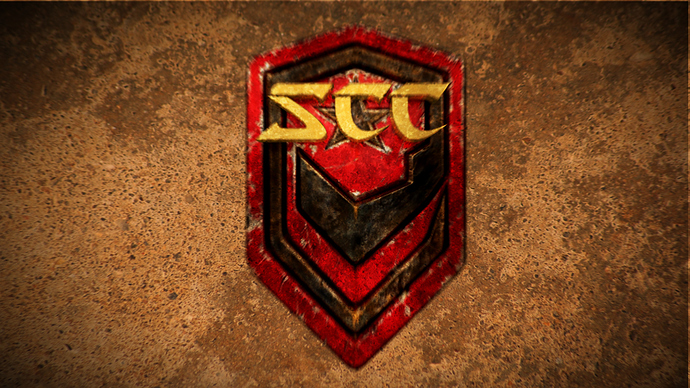 Progress will begin after Christmas!

looks nice,
but the logo looks kind of blurred don’t know if it’s like that only.
but you can try somethings like extrude the logo a bit inward or outward from the wall.
you can even place some grunge or burn marks behind the logo so that it leaves the impression the it is specially carved out from there.
although nice work done on the textures :).

yeah I deliberately added the blur to add a focal point at the center of the logo but thanks for the reply and I will try those suggestions. Also I created the grunge texture and vignette in Paint.net after the render.

This is sweet! The badge/logo looks great. Even though the modeling may be simple, the texturing really sells it as a tangible object. I like the insets. I wish I could see the blend file.
Is that motion blur or dof blur? It looks like it’s stronger as you get further from the center, like the logo is kinda being smacked down on the surface behind it. It does look cool, but also affects the letters a bit, too. Maybe try making the overall effect more subtle, or just move the text forward a little? I would say try it with a lens dispersion/chromatic abberation effect, but that might be more suited towards a technology based game. Unless you messed with the colors a bit! Purple and yellow?
lol, I don’t know. I hope one of those suggestions might be helpful… Great work overall, though!