I’ve had a go at converting FishSim for Blender 2.8. Of course the API is a bit of a moving target at the moment, so it might need a few tweaks over the coming weeks. There’s also an Eevee version the goldfish model ready to go if you want to give it a try.

The github page has the necessary links: 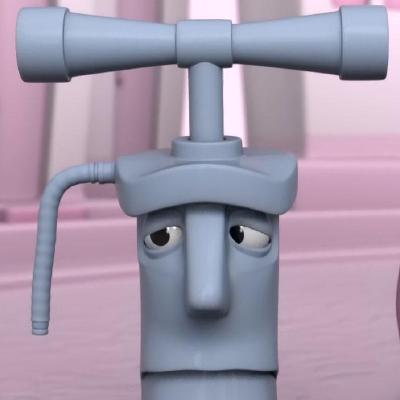 Also a ‘quickstart’ intro to using the addon in 2.8

Would love an update

@meta-androcto,@loveordie
I’ve made a few updates, and the latest version on the github site should work with Blender 2.8 RC2 and hopefully the official version.

I’ve only done a quick test - let me know if you find any issues.

Very cool add-on. This might be exactly what I need for an animation. Thanks!

A question: as the simulation generates one keyframe per frame for most elements of the rig, doesn’t that impede other actions for the rig, such as making the fish stop along its path, and animating its head turning to the camera?

Also: can you easily customize the rig to have less bones for a more simple (cartoony) type of fish? I haven’t got much armature experience.

The addon animates the location of the root bone, as well as the curvature of the spine, fins and tail. If you want to fine tune the location, the location of the torso bone can be animated. I did this a while ago when I added a fish chewing off bits of the credits on a friends short film, and I had to make sure the mouth hit specific targets on specific frames.

For other actions like head and mouth movements, rigify is very flexible. The head, neck and jaw as well as most individual bones in the spine and fins are available to animate. If you want squash and stretch for cartoony action the rig can be scaled as required.

The addon can’t work with any arbitrary rig though. It wouldn’t know what controls to use. Again, that’s where rigify is handy in that you can adapt the one system to pretty much any model.

Thanks a lot @Nerk, much appreciated. I hope the job I’d need this for will get a green light. Looking forward to having a go at Fish Simulator.

Hey Nerk another fellow aussie here. I really appreciate what you have done with fishsim I have been using it with great results. I do however have a problem getting the Gold fish rig. Would you please give some advice on why its not showing up for me in armature fishsim menu? any help would be greatly appreciated.

I have the newest version of blender but I downloaded version 2.8 and also latest version of fishsim but this still did not make the gold fish rig appear. i also have rigify on.

Hi. I haven’t looked at this addon for a little while, but I just tried the Fishsim version 3.2 in Blender version 3.21 (Just a coincidence of version numbers…), and it seemed to work ok for me, with a few minor warnings in the console.

I’m not sure why it isn’t working normally for you. Are you using Windows? Do you get the option for the goldfish under the add/armature/fishsim/goldfish? If so, and it doesn’t work, is there an error in the console?

The goldfish metarig is just a python file (goldfish.py) that lives in the metarigs directory uner the addon directory.

If you’d like to try, you can just put a copy of this file in the rigify addon directory with the other animals.
eg.
“blender-3.2.1-windows-x64\3.2\scripts\addons\rigify\metarigs\Animals” or wherever you have blender installed.

Then it should just appear with the other rigify animal metarigs even if fishsim isn’t installed.

Thanks so much for the reply mate. I use a Mac so maybe there might be a problem there. Ill try and put a copy of the goldfish.py file in the rigify addon directory and see if that works. Thanks so much for your help really appreciate it.