Hey Guys I’m working on a fnaf fan game named 7 nights at 272’s Taco Shack which is a fnaf themed game that has features like no other(cannot be revealed). But I currently need an animatronic model of a fan-made wolf animatronic named Fang the Fisherman Wolf and Fang jr. the bat who rests on his shoulder. I will pay the appropriate price you need, just make sure it is lower than 5$. The animatronic is blue with a blue bat as well and wears a green fisherman hat with a fishing rod, and an orange bowtie. It has a very similar base to foxy’s. I will later be asking for more models if you would like to participate in them too(you do not have too.).Sorry I have no base art for the bat it was a last minute idea. The hat and Fishing rod also wouldn’t fit on the skin. 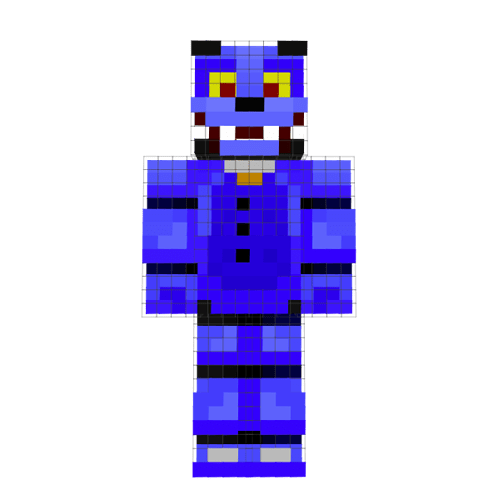 hi
I think you need this Add-on

her site of add-on https://cgcookiemarkets.com/blender/all-products/minecraft-item-creator/?ref=2