Fixing A Mesh with A Lot of Intersections

so i’ve exported a mesh i wanna mod into a game, but it’s come out all divided, with planes intersecting planes, all over the place. 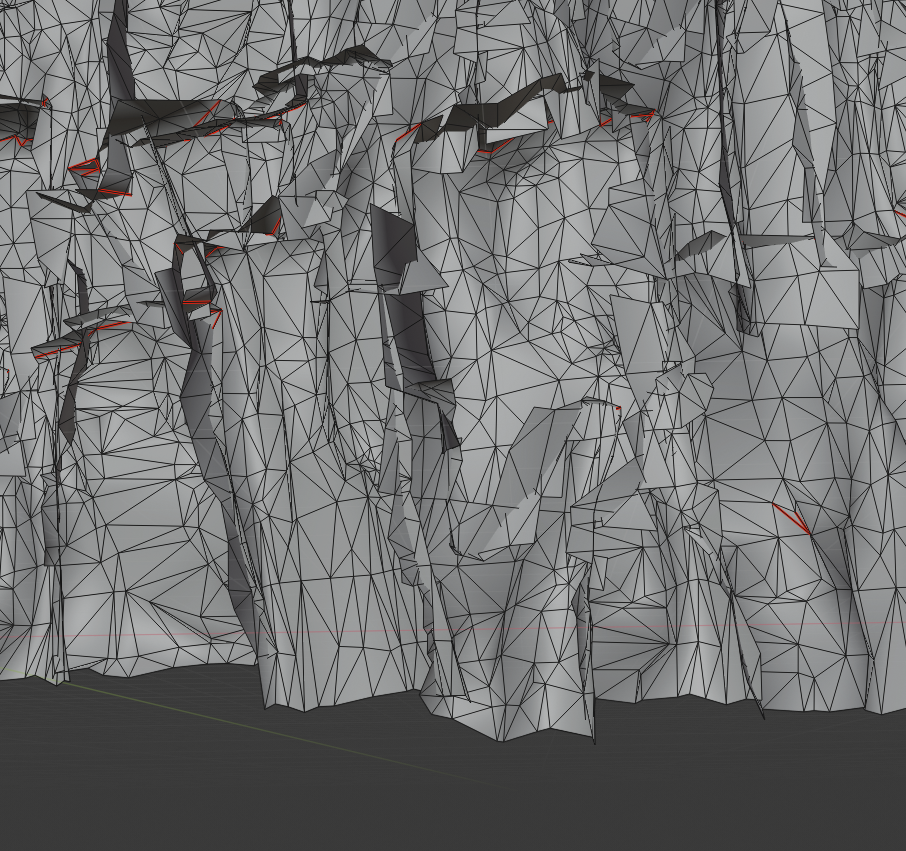 is there an easy fix, to turn all these pieces into a single mesh? probably not, there never is; how do i go about cleaning up this mesh then? what tools should i use?

the reason i want to do this is so i can then add a face to the lower and back side of the mesh, to make it…“not hollow” 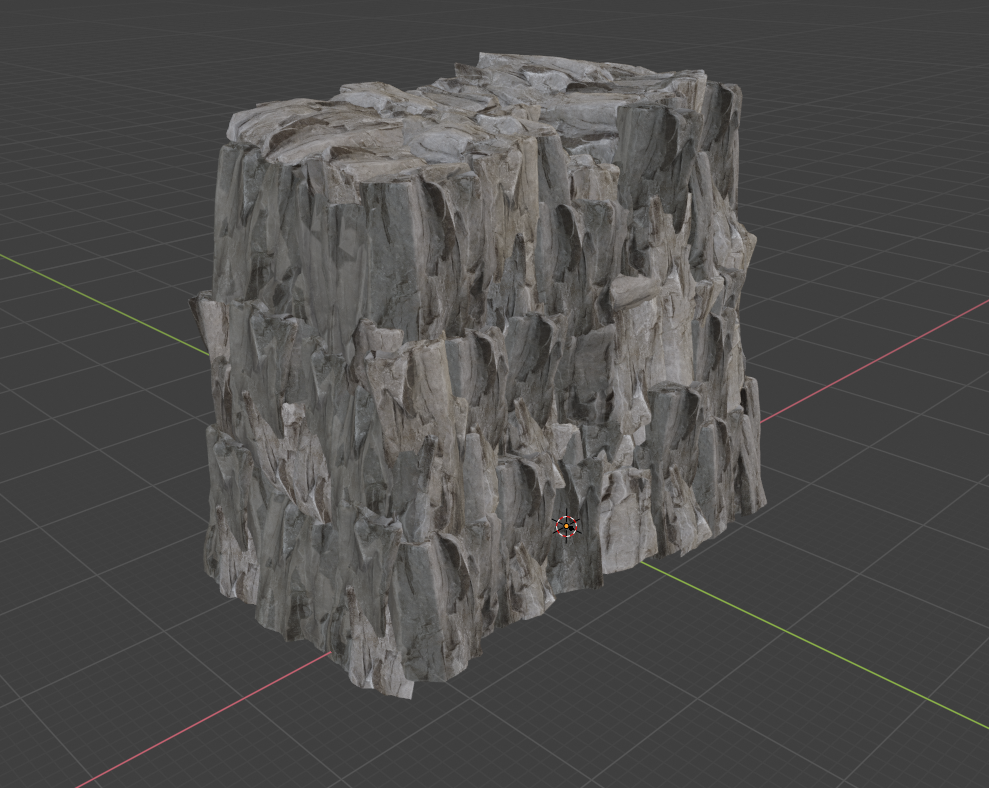 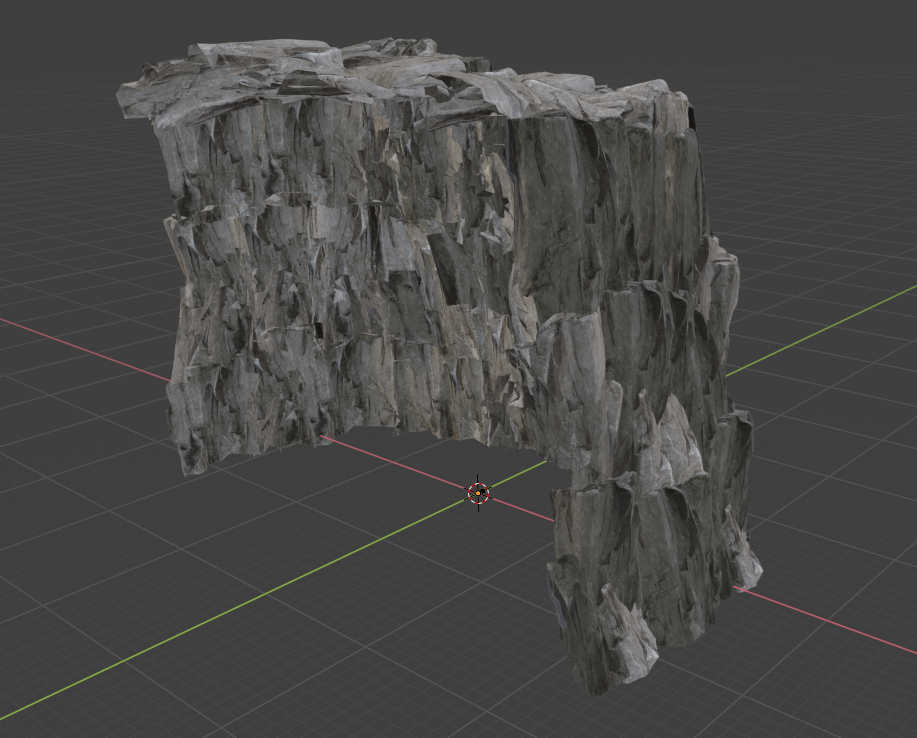 any suggestions to adding the back and bottom faces without simply adding two planes, and skipping the intersecting meshes is appreciated as well.

I dont’ quite understand… you

exported a mesh i wanna mod into a game, but it’s come out all divided, with planes intersecting planes

The “dividings” may be solved by merging by distance; the intersection is … a failure in export or are those meant this way ??

I think it was made that way deliberately. You could try the decimate modifier, or the remesh modifier, although the remesh modifier will not leave the UV texture intact. As for the bottom, select most of the upper vertices, including all of the loose ones, and hit H to hide, then go to select >> by trait >> non-manifold, and hit F to seal it off. then hit Alt F to unhide.

@Okidoki i don’t know if the intersections are meant to be that way or if it was a failure in export. when i say they are divided i mean, that one single model is made of several overlapping pieces, creating up the intersections we see. i dont think merging by distance would help. vertices are way spread apart. i doubt blender would even know which vertices to join! i guess i could to it by hand.

@Modron im not sure which vertices you mean to hide. i get this from selecting non manifold without hiding anything, which is a good start btw: 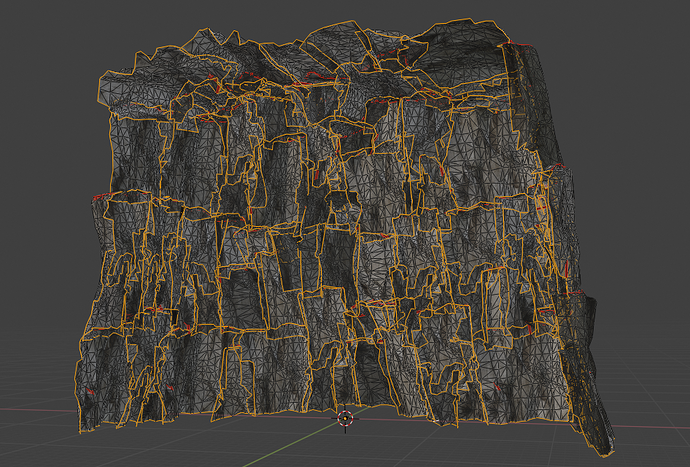 Yeah, I can see that now. It’s just a bunch of loose pieces stacked together. IMO, just remodel it from scratch, take a render of the surface, and use it as the texture for the new object.

interesting. ill take a look at that.
thanks

@Modron, how do you mean to recreate the model? any links to what im supposed to do? i googled “model from surface” but all i get is hard surface modelling results.

can you show the original model with texture may be ?

that should show how the model was !

when i say they are divided i mean, that one single model is made of several overlapping pieces, creating up the intersections we see.

I meant: We don’t know how the original mesh does look like in the original graphic engine or whatever and if there are any additional geometry for example lots of plants. So basicly what @Modron said: make you one rocky mountain because the showed data seems to be unusable.

ah, well, ok. but that doesn’t matter, how it is originally, or does it? i’m asking about how to fix the mesh i have, different from the original or not.

this is how the original mesh is: 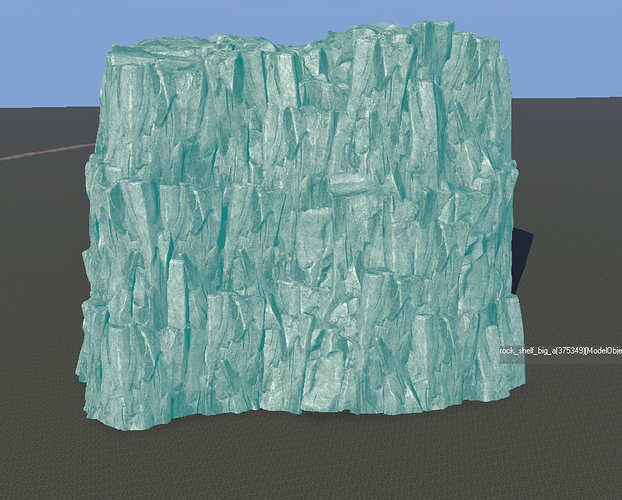 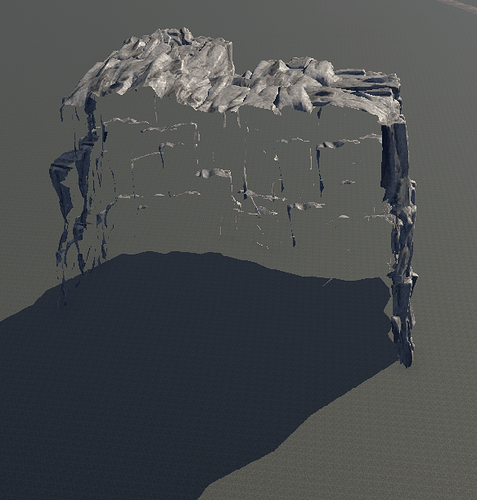 I don’t think this mesh is “fixable”. What I mean by recreating it, is make a new mesh of roughly the same dimensions and try to transfer the texture from the original one to the new one.

what is this, supposed to be the new fantastic looking rock?

i can import other models, i just want to use the original looking one…

yeah, i’m not keen on remaking the rock.

i can add back faces to the individual pieces. itll probably work fine.

Right, but you don’t want to use the original mesh, so you make a new mesh, and make it look like the original by adding the surface appearance of the original to a more sound mesh object such as the one I created.

but how do i mimic the surface of the old one onto the new one? is that some automatic procedure or manually done?

i mean, i rather have the exact same looking rock, just optimized

If i give you a broken cup then it’ s kaput, not working, busted, in pieces, out of order, un-fixable, unusable…
so is your mesh…

Here’s what I did using the object I uploaded, and stencil painting, or project painting your initial image onto it selectively. Throw on a normals map and it won’t look half bad. 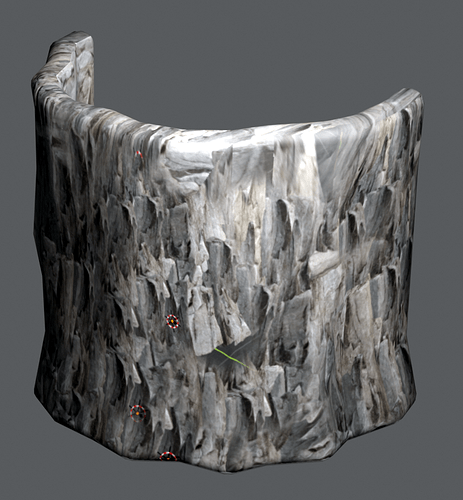 without trying to be an ass, that looks terrible @Modron!

and “half bad” is not what i want. so, ill be adding the back faces onto the separate pieces, or if i can use the modifiers described in the blender exchange topic, even better.

thanks for your help

@Okidoki - not gonna even go there. anything can be fixed. just depends of the amount of energy you put into it. now, if you’re telling me that there’s no way to fix it in a semi automated way in blender, then ill believe it