I want to take an object and in 3d view flatten it’s geometry to UV space, then use shape keys so that this object can transform back to it’s non-flat shape.

Reason is that I want to make a 3d shapes/models that would overlap the flattened object and then using surface deform have those shapes wrap around the object as the shape-keyed object gets to it’s original shape.

I know how to do this in max and I know how to get object flattened in uv space from zbrush. But i think this all should be doable in blender on its own, just haven’t been able to figure the procedure myself.

Hi lacilaci86,
I actually have been working back then for 3dsMax on such a functionality and since a few days now also for blender. What I have is still somewhat experimental - currently adding some more polish but I uploaded a snap shot of the latest TexTools in development version for you here:
http://renderhjs.net/textools/blender/Blender_TexTools_1.0.5.zip

Behind the scenes
The first step it analyzes the UV map and creates a new mesh where split UV verts get unique mesh verts essentially creating an optimized mesh that looks just like the UV map. Next it adds a shape key where all verts are placed back in world space where the original object is. 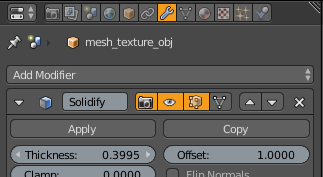 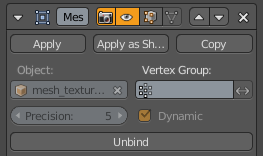 You can actually shift the shape keys in the mesh tab of the object properties of the generated UV mesh. It’s just in the 2nd step of my instructions the script does this for you + attempts to set the solidify extrusion to match the thickness of the input mesh texture.

I’d appreciate feedback or input- I am still improving things hence no big release yet but I would like to make this tool as easy as possible to use.

Edit:
There is also mira tools which has a object to surface functionality

TexTools is a free addon for Blender with a collection of professional UV and Texture related tools. Back in 2009 I released the Original TexTools for 3dsMax. This is my first blender addon, more features will be added in the future. Download & GIT...

Thanks a lot!
Both of those solutions seem to be exactly what I want!

Quick test of your addon seem to work fine, although right from the start I made a mistake by having my “decorative” mesh partialy bellow ground/flattened uv mesh and as such the solidify didn’t wrap the whole mesh.
It’s a very simple process I love it the way you made it, but wouldn’t it make sense to have the controls on main/3D viewport tab instead UV controls? The whole wrapping and adjusting will be done in 3D viewport I guess, so I’m having UV/image editor open just to access single mesh texture button.

Maybe this can be customized on the user end I dunno, I’m still not very fluid with blender after years of max and maya.

Also the if the tab was in the 3Dviewport window, could it have access to shape key control?(maybe even just as an on/off - 0/1 switch to) and a reset button (delete modifiers to allow for quick fixes and adjustments).

So the whole tool could be in its own tab having mesh texture button an on off switch and reset button. This way I don’t need uv view open and don’t have to go to shape keys and manually delete modifiers if I want to make the adjustments…

I’m going to test your addon on actual hires model I want to make and post findings and results here.

so after few tests with both addons. I found that none of the two worked flawlessly for my purpose.

three major things I found important for ease of use:

1: Object converted to uv space should be scaled as close to real object size in 3d as it can (those “mira tools” do that very nicely)

2: Instead of duplicate, the shape key should be part of the same object that needs to be flattened (again, “mira tools” do that)

3: Both methods - mesh modifier in your addon and whatever method mira tools are using gave me some distortions when wrapping patterns and meshes around shape-keyed objects. Surface modifier worked flawlessly in everything I needed to do (again, you can see in the picture what I’m doing so I’m not saying that it will work in all cases)

So currently what’s working for me is use the mira tools to flatten object and use surface deform on details that need to wrap.

Model is wip there are some invisible cushions that are not detailed yet. (that’s why those 2 cushions appear to be floating) 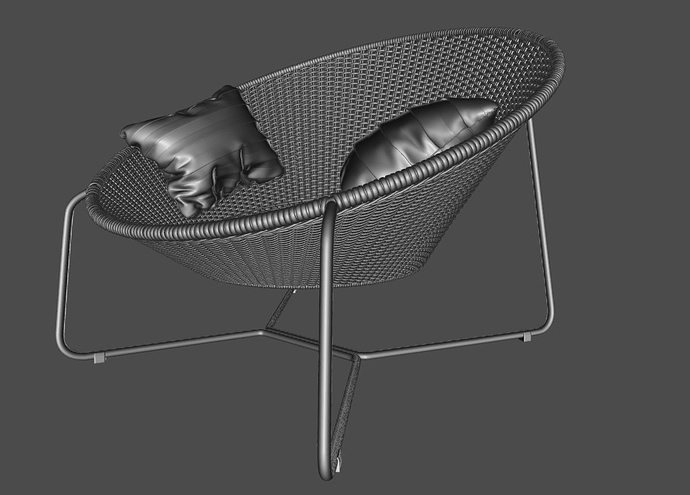 btw as this model was just some blender excercise I decided to give it away for free…
https://www.behance.net/gallery/62535757/Morocco-Armchair-FREE-3D-model