Flight through the Avenue of Gigants

The picture presents one episode of not well-known Thorfinn Karlsefni’s flight across North America’s lands to the West Coast in 1009 AD. You probably wonder how the viking ship could fly. Recent research showed that this was possible thanks to discovery of so called antigravitional stones and its adoption to the ship construction. Such stones had special ability to work against gravity when provided energy to it. In case of viking ships the energy was provided in the form of heat. They put a stone on a big hearth and covered it with metal cage. Cage was connected to the ship body using strong chains and supports. Then the fire was put under the stone so it pulled the cage up so the whole ship being hung on the cage through the chains. Thanks to this mean of transportation vikings were able to travel long distances very quickly not being put in danger from local tribes and other creatures.

All suggestions and critiqs are very welcome 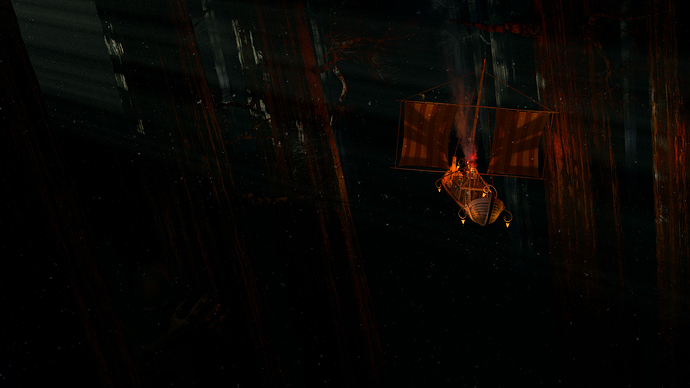