Recently I had learned that there is a new branch of Blender that adds native support for Apple Silicon M1 systems. You can find this version of Blender on https://builder.blender.org/download/ labelled as Blender 2.93.0 Beta MacOS Arm 64 bit: 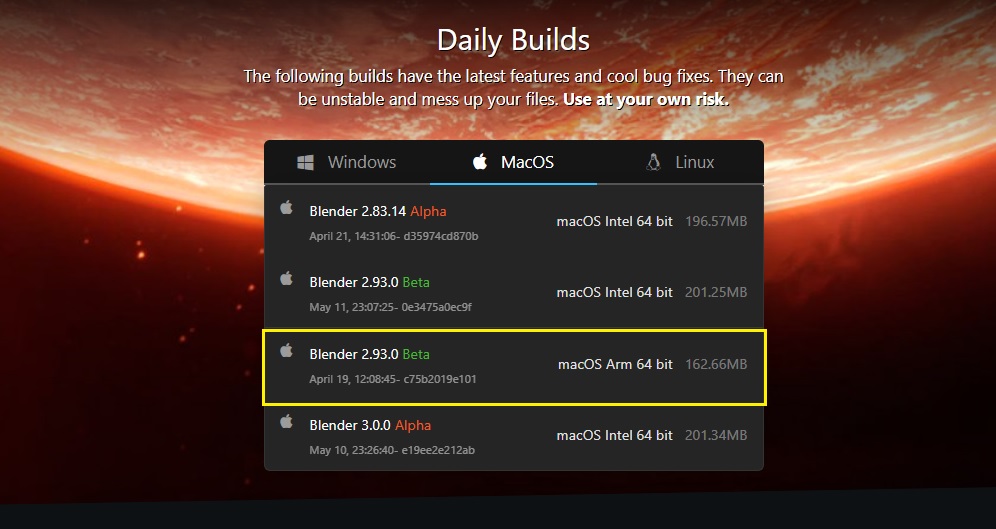 In the latest FLIP Fluids experimental version 9.0.9.21, we have added support for the ARM 64-bit architecture so that the addon will be compatible with this version of Blender.

The latest stable version of our FLIP Fluids addon (v1.0.9b) is only compatible with Intel or AMD 64-bit processors and cannot run natively on the Apple Silicon processor which is based on the ARM architecture. Attempting to run this version of the addon with the Arm Blender build will result in this error when starting a simulation: 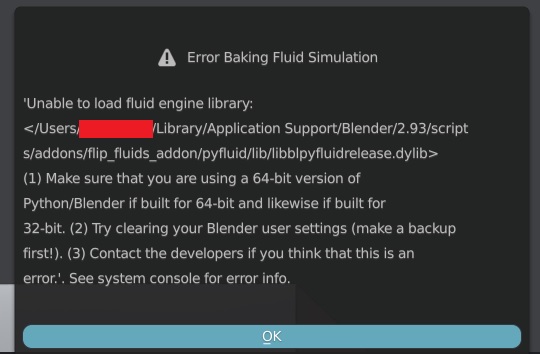 This error is generated because the simulation engine library is not compatible with this version of Blender. Our FLIP Fluids simulator is built for the x86_x64 architecture (64-bit Intel/AMD) and not for the ARM 64-bit architecture.

In order to add support for Apple M1 systems, we needed to make a few changes to how we build and package the MacOS side of the addon. We are looking for feedback on whether this new version is working for you, on both Apple M1 systems and Apple Intel systems. More details below in the release notes.

Want to try out the latest fixes and improvements? They can be tested in our Experimental Builds Package in the latest version!

Welcome to our 58th development update for the FLIP Fluids liquid simulation addon for Blender! Recent work on the FLIP Fluids addon involved a few bug fixes and small feature improvements, and our 2020/2021 video covering the past year of development is now online! We have also started a new development project.

May 1st, 2021 marked three years since our FLIP Fluids addon became available on the Blender Market. We couldn’t have created this simulator without you! Our yearly development video for 2020-2021 is now on our FLIP Fluids YouTube channel. Check it out to learn more about how to use some of the new features added over the last year of development: 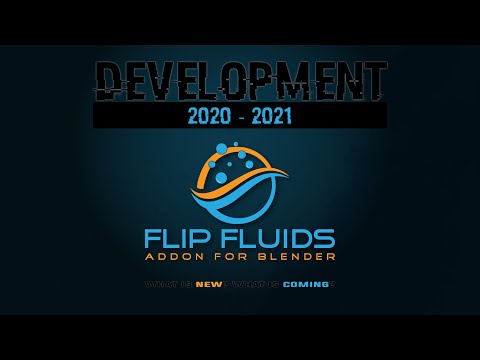 We are now in the early stages of beginning a large new development project! It’s still too early to give exact details on the project other than that it is related to Blender, simulation, and benefits all users of the FLIP Fluids addon. It will take quite a bit of development time until we have some solid details for you, but we will keep you updated when we are ready.

As we are not ready to give solid details on the project yet, these development notes may become less frequent than our weekly schedule.

Want to try out the latest fixes and improvements? They can be tested in our Experimental Builds Package in the latest version!

We are now in the early stages of beginning a large new development project! It’s still too early to give exact details on the project other than that it is related to Blender, simulation, and benefits all users of the FLIP Fluids addon.

I suspect it will be something fire/smoke simulation related. Given how incredibly bad mantaflow is, there’s huge gap on the market, and covering it would be very wise

than that it is related to Blender, simulation, and **benefits all users of the FLIP Fluids addon.**

if I had to make a blindshot, and a semi educated guess based on the fact he mentiones *benefits all users of the FLIP Fluids addon. I would say its a rigid body simulator. I do not think there has been a big push from inside the blender development to improve the Rigid body simulator.

I have also seen it mentioned that for buoyant objects and interaction between fluid sim and rigid bodies, you need to get data from rigid body simulation. Which is the big problem iirc for why say mantaflow still does not do this, as the 2 simulators can not talk to each other right now.

Hence the mention its also going to be usefull for people who use flip fluids addon. But ye lmfao this is a wild prediction on just some sentences

I don’t know if you can implement something like that. But this “Wave Curves” technique looks very promising. https://www.youtube.com/watch?v=LtyvS7NYonw
http://pub.ist.ac.at/group_wojtan/projects/2020_Skrivan_WaveCurves/wave_curves_2020.pdf

Thanks for sharing the paper, it looks quite interesting. Something similar to look into could be the Vortex Fluid Enhancement shader on the Blender Market here: https://blendermarket.com/products/vortex

The documentation shows how this can be used using surface velocity information in our FLIP Fluids simulator.

Flip Fluids v1.0.9b stable 6 Apr 21, Blender 2.93.0. I’ve had a problem where it gets stuck when rendering a simulation and it only renders frame 1, or whatever frame the timeline is on. What I mean by gets stuck is that it keeps rendering the same frame even though it gives them increasing numbers. In the Render Properties → Performance → Final Render pane is a setting Persistent Data which I had on. Unchecking that made the problem go away.

Thanks for the info! I am able to reproduce this issue, and I am also sometimes getting crashes with this option enabled. I’ll look into how I can reproduce this in a simple script so that this can be reported to the Blender developers.