im trying to make this text for a friend, but i cant seem to figure out how to get those damn triangle endings to fit in and get the ridge, it just looks bad. i just cant figure out how to get it to look sharp, but not too sharp or soft. i tried to model it over a template i made in photoshop but it didnt work out well, so now i tried with the text to mesh too but thats even worse as far as progress, and the only example meshes out there are 3dsmax. 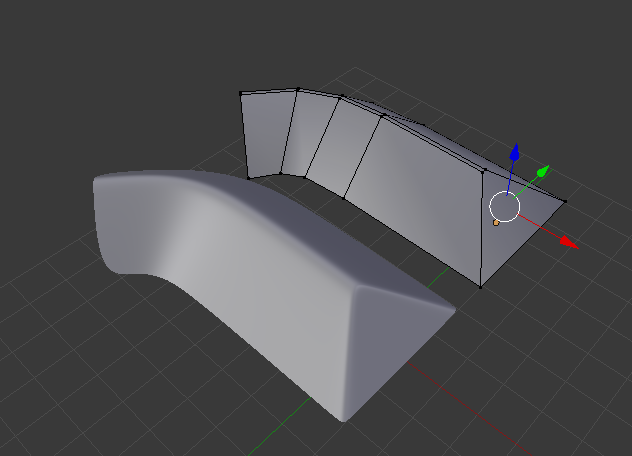 this is probably the topology you wish to aim for. add some supporting edges where you wish the mesh to be sharp, and add a subsurface modifier to get the smooth look. One option is to keep the mesh simple, smooth shading, and bevel modifiers with vertex groups to get different roundness for different set of edges.

Whatever way you model them, if you have a lot of text to write, could use object fonts after modeling individual letters (case sensitive). Those can be used to duplicate a modeled letter over each letter on the text object. Letter models have to have a naming convention prefix+letter, like t_A (1) which would correspond to uppercase A on the text. Then enable vertex duplication on the text (2) and set object font to t_ and adjust spacing (3).

Could then make duplicates real (ctrl+shift+A) and adjust individual letter positions. The mesh for each letter is linked so could also make mesh changes easily by editing one. The changes won’t update in realtime if you’re using modifiers, have to exit edit mode for them to update.

yeah using bevel modifier is a much better idea, then you dont have to add supporting edges everywhere… go for that