I’ve been working on a ford mustang for the last few weeks in my spare time and would like to share my progress so far. The body is still in pretty early stages with quite a bit of work needed to the front, the rest is pretty much there for the overall shape. Only after I’m completely happy with the rough shape will I then proceed to add details, separate the doors and hood etc. Materials are all quickly thrown on to preview and I have one hdri map for the reflections. 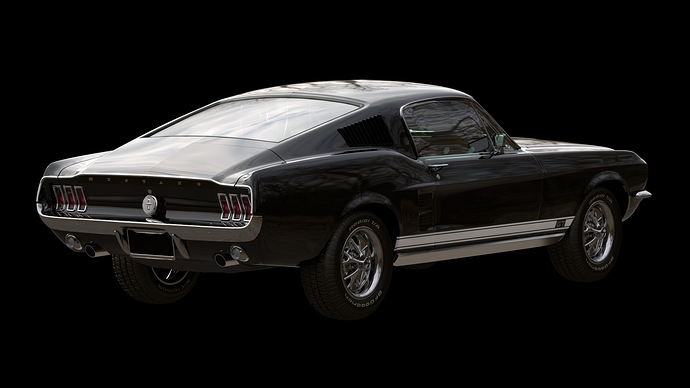 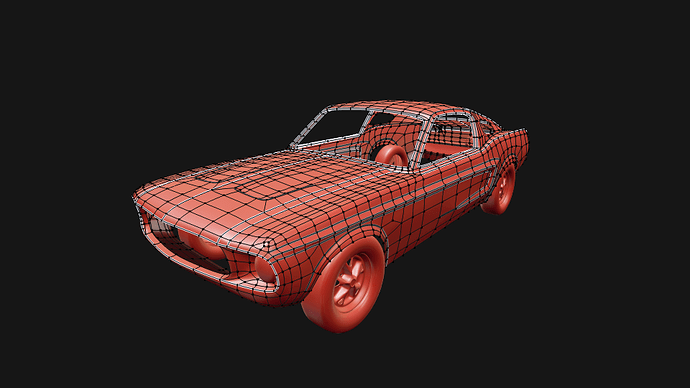 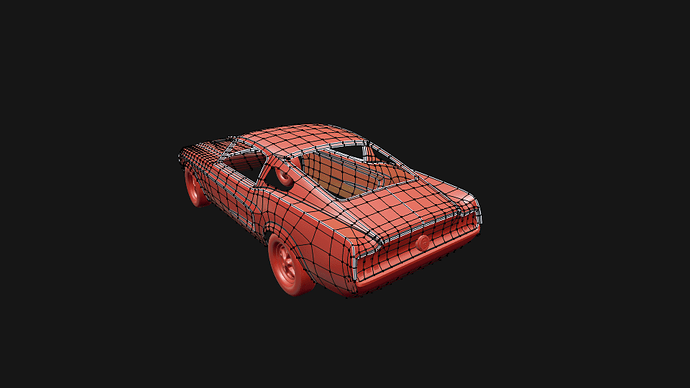 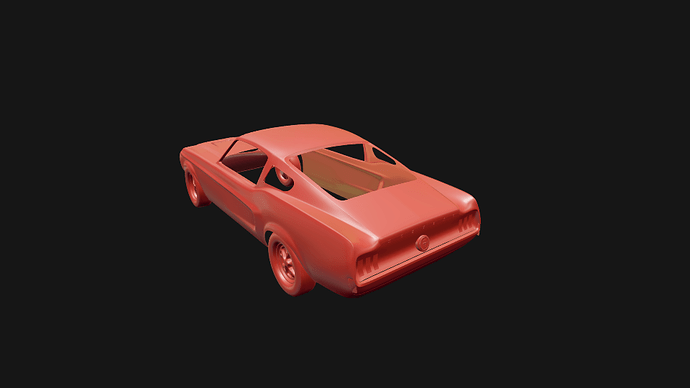 I just had a look at your gallery and wow! you have a lot of cars under your belt and they are all of exceptional quality.
Do you have any modelling tips you have picked up along the way that may assist me? I have adopted a method of using curves and sketching out the car like that then simply snapping verts to the curve and do a sort of retopo.

Well, for some reason I hadn’t thought of using curves before… but now that you mention it, it’s a really good technique. I do exactly the same, except I don’t use curvers; I model the main lines of the car and then, well, rather than snap them, I just fill in with mesh. However, I must say it is complicated to get a smooth mesh, with quads that are roughly the same size and all of the positioned in the right place and facing the right angle… I guess it’s just a matter of feeling it. But, as I said, what you’ve done is really good… I see you do understand topology well.

One thing I’d like to see is the wireframe without the sub-surf thing, however-it’s-called, what I mean is that I want to see where your vertices really are, not where they were moved to by the subsurf modifier… Also, why are you using sharp edges with subsurf? Just curious.

As far as I can see right now, I’d only check the rear-most part of the side, where it joins with the rear… I can see some inconsistencies there.

Oh, and about my cars being of exceptional quality… well, I wouldn’t say so myself… maybe the Skyline, but that’d be it.

Thanks, I’m just using the sharp edges to get an idea of what the surface might look like once I add more detail in. Its just for previewing really.

I’ll look at the topology at the rear as it is a little messy and doesn’t flow nicely. Thanks very much for your input. 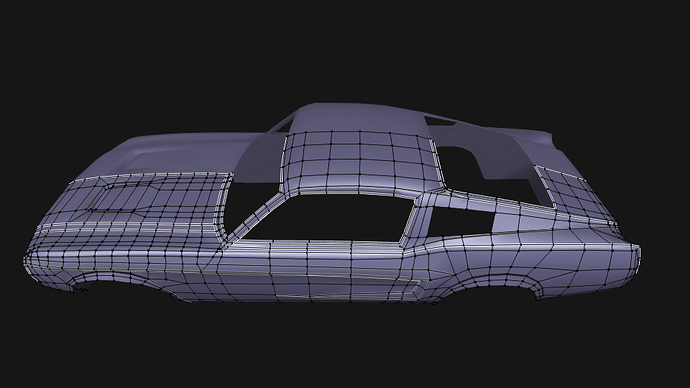 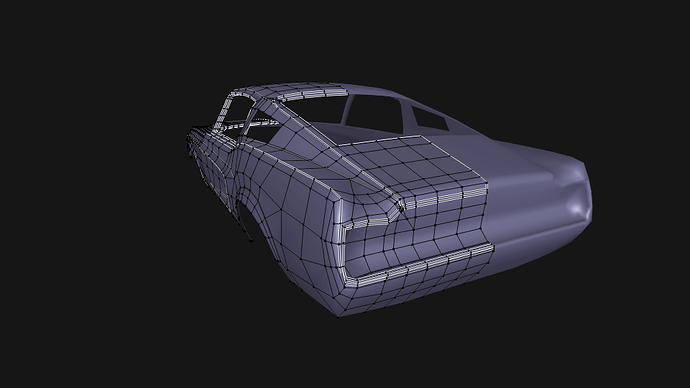 Looking good. I really like your choice of car.

Just a quick update.
Working on the rear end of the car today, also modelled the vent behind the drivers seat. (really tricky to model one of those) And just put some reflection planes for the rendering. 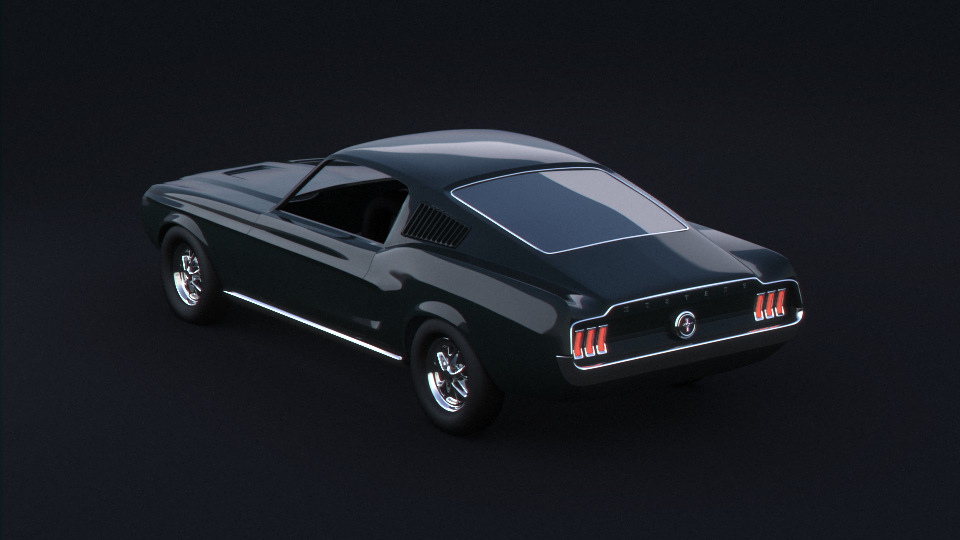 Funny, I just started modelling this car but I’ve been having some trouble with the reference images. Would you mind linking to where you got yours?

Funny, I just started modelling this car but I’ve been having some trouble with the reference images. Would you mind linking to where you got yours?

Hello Tardis Maker, thanks for the comment. Here is the reference I found useful

careful with that last link as it is to a 68 mustang where the bonnet is different. Also this drawing is somewhat inaccurate prioritize the first link for the side profile.

Thanks Shanw, there will be more soon.

Another little update,
I worked mainly on the backend today, just little tweaks like adding the key hole on the trunk lid, adding the lights on the bottom adding some exhaust pipes and a basic fuel tank.
I have also started to cut the doors and bonnet out but these will probably need some reworking as they are a little messy at the moment. Let me know what you guys think. 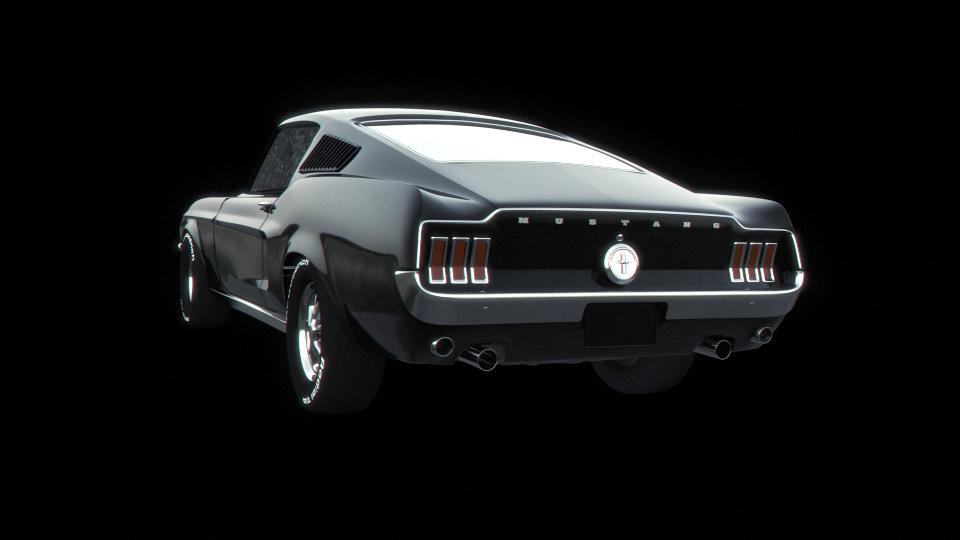 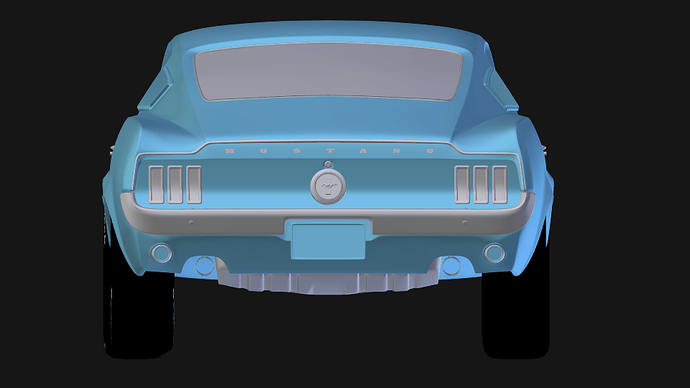 thanks, how’s your coming along? are you still working on it?

Some time has passed now since my last post. I have done/redone quite a bit of the body and added some tires and a basic interior. I’ve done a little bit of shading work now too.

My aims are to create a sequence of shots featuring the car but this will be done in maya and rendered in Arnold.

Hi ctdabomb. Thanks for thr comment. Its cycles at the moment.

here is an arnold test, not much different in this situation. Rendering times were pretty comparable too. 8mins for Arnold and 13 for blender. 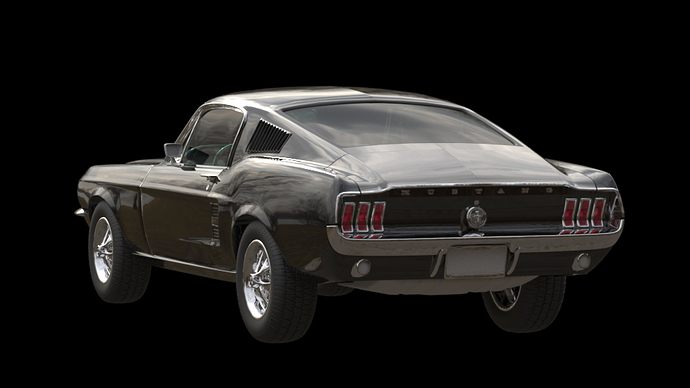