Hi everyone
here is my lates artwork.
This scene is made for czech blender forum competition on theme “Forest fruit”.
Done in Blender 2.62
Texturing and postproduction in Gimp 2.7.4
Biggest imperfection is imo the strawberry. I try to make better shader, but organic materials are for me pretty dificult 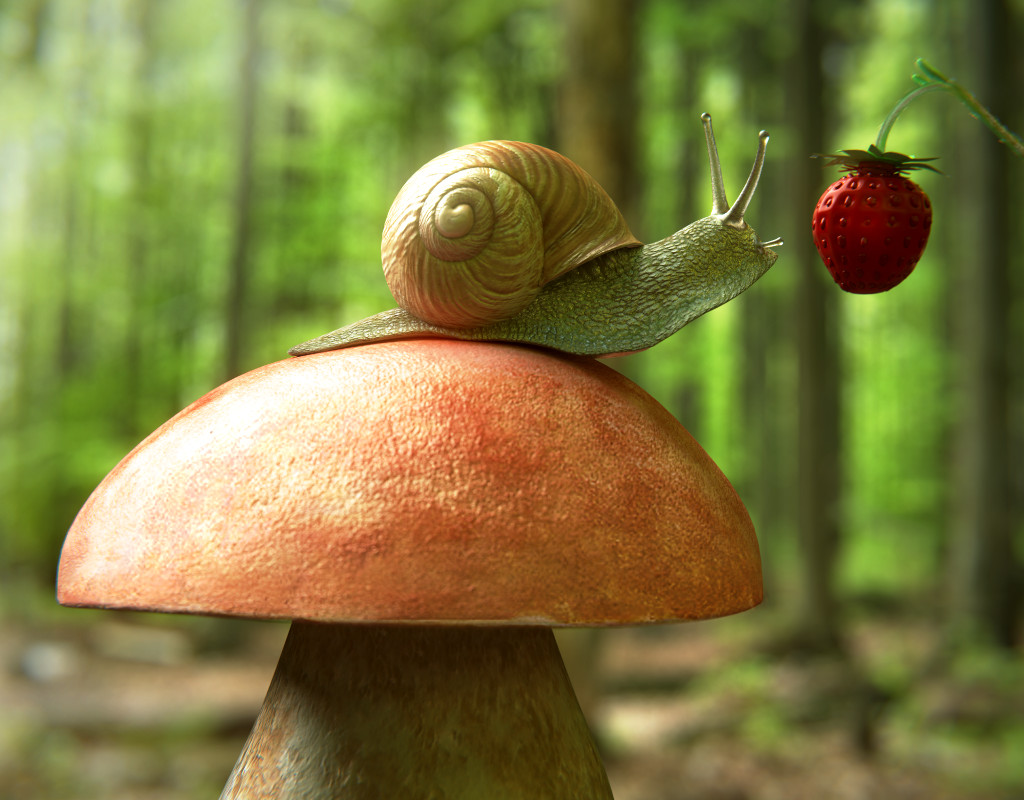 Well, Its looking good I liked it!

j/k but seriously im very interested in how you textured the snail, I think its great.

Adey1981: no it isn’t tree bark :-). On internet i found macro photography of a snail. Then in Gimp little bit texturing work. Mostly clone tool and awesome plugin Resynthesizer. Thats all

I think you applied too much DoF on the background - it doesn’t interact with the foreground IMO, but it may be the lighting. And it also appears to me that the mushroom and the strawberry are being held by somebody who was “taking the photo” at about 1,3 m in the air. You could “lift” the background image a bit.
Or maybe I’m wrong, because I’m still a noob when it comes to CG

But overall - great image. I love the bumps and texture on the snail. And apart from that strawberry it looks very realistic.
Blender Internal?

Awesome. The snail, the mushroom - a masterpiece.
However I have to wonder: Is the snail trying to kiss the strawberry?

krokodyl1220: To the DoF thing. I think that background is blured correctly, but in the image isn’t any middleground, which would make the differenc between FG and BG not so harsh. And perspective of image, i agree with you. I tryed to make it look like some reference photos i found, where the BG looks also little bit off, but that photos include some ground under the mushroom. I tryed to make ground under the mushroom with some moss, but it doesn’t look right. So i moved the camera and image doesn’t look 100% correct. Thanks for opinion

hotzst:Thank you :-). My intention was make it look like the snail is trying to reach the strawberry, because he wants to eat it