Hello
I am a long time 3DS MAX user and I thought it’s about time to learn blender. This little forest scene I made was an exercise to learn blender. I partly followed CG GEEK’s tutorial on Youtube “Create a Forest in Blender in 1 Hour” I also used some of CG GEEK’s nature assets which I bought on blendermarket. All of the vegetation except the tree in front is made with the particle system. Color correction and compositing was also made in blender with a little touch up in gimp. I had a lot of fun making this and I learned a lot. I also would like to thank all the developers and the community for this awesome program. 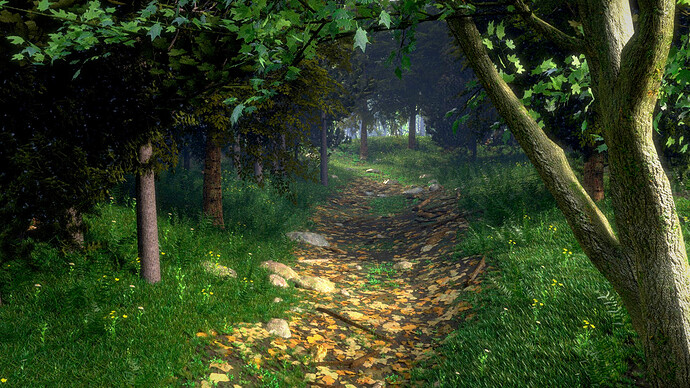