I’ve been modeling a robot of which i found a inspiring picture on the internet and put him into a street-scene. I’m about to add some more details but i’m happy about every idea to improve the scene. 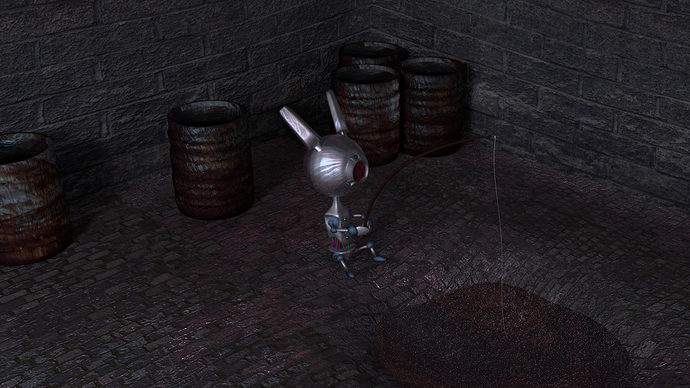 Hahaha it was i remember this as a challange on blender cookie Looks good add more some cool lights, Details, objects… 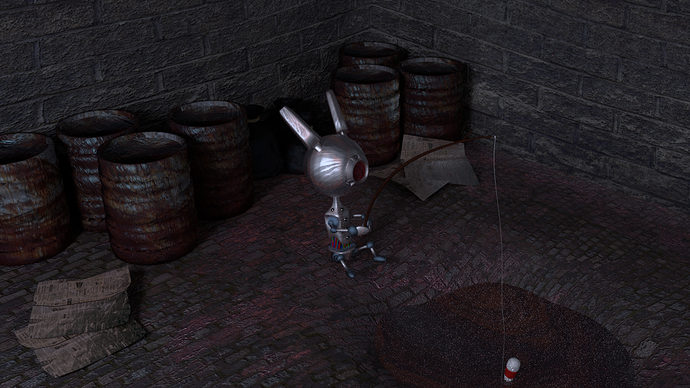 EDIT: found the picture that inspired me: http://cgcookie.com/max/images/little-bot-bunny/ (great work)

If I may say, I think the little bot doesn’t quite fit in this environment. It looks a lot more out-dated than him.
Let’s say he’s fishing from a whole in ice, in a polar environment, his ‘space-ship’ is wrecked behind him, (from back when it crash landed, heh), just a picture that sprung into my head.

The bot is nice, but I’d work on the street. First, it just warps waaay down as it was a trampoline. You don’t have to do that to make realistic puddles. There’s a tutorial on Blender Guru for how to make a good puddle scene. Second, the puddle itself is dark and grainy. Make it a lot more reflective, but with some displacement ripples to distort the reflections. Do this and your scene will look a whole lot better.

little update: I’m really not happy with the puddle material. I used a mixture of a glossy node and a texture with reflection coordinates, but it looks pretty ugly. Any ideas how to make a better puddle material?
The bump-map at the floor doesnt seem to work, I set up everything as usual, but it just doesn’t seem to work…any ideas why? 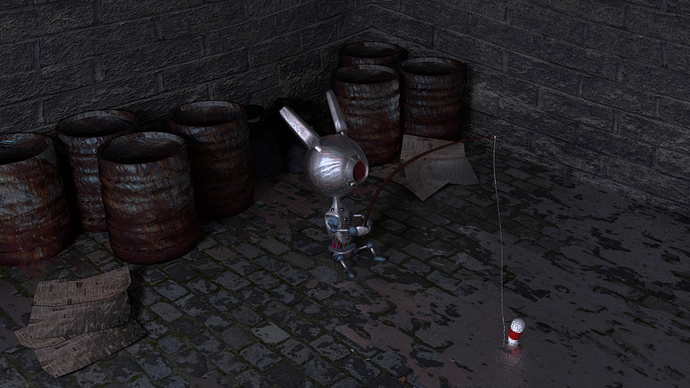