Four scenes in one blend file seems the limit

I’ve added a empty level in my game, but this is the fourth scene, it now freezes the FP movement, and other characters. This scene is wip after a cut scene, loads the FP to check out the proteus…

Hmm, I am guessing three scenes per blend file is the limit, lighting is a bit of a problem, a bit too bright as seen here. 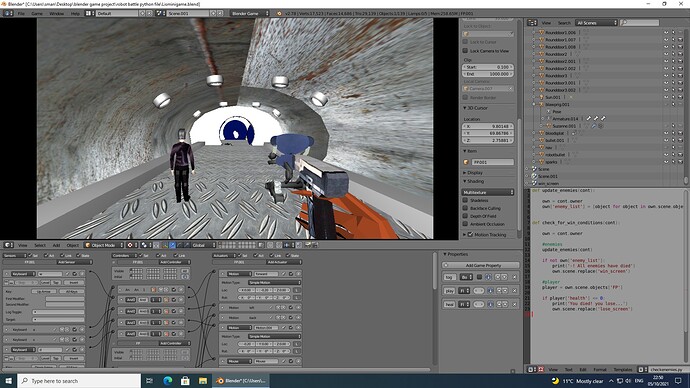 Hmm, I am guessing three scenes per blend file is the limit

Why is there so much light there? I scaled the scene down to append everything there, which has turned out so far, quite nice. And it has no movement.

If you try the LIS game download, you’ll see the light in the robot scene.

So what is the next step?

What problem are you trying to solve?

I added the objects in a new scene, and as the example shows, the lighting is quite bright, and the FP can’t move around, so I don’t know what caused that to stop working.

If I remove one object from one scene, it doesn’t remove in the game engine, and as I have two levels in one blend file, they are listed as linked, so scene.001 and proteus level. They aren’t exactly the same, but share similar objects. So I don’t know what that is about. 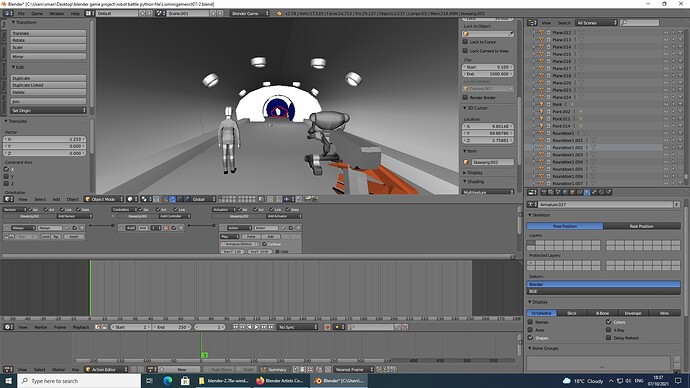 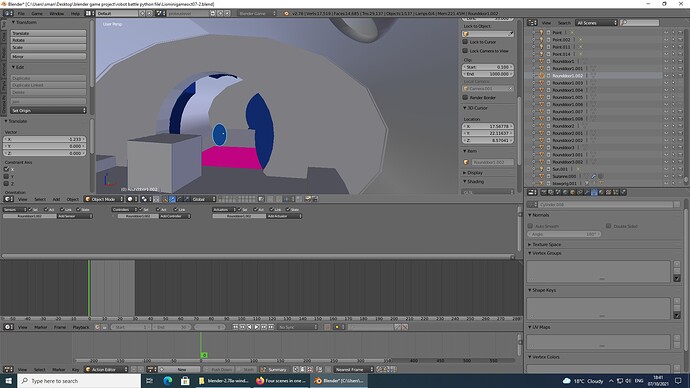 The movement problem has gone for now.

Perhaps this won’t work out. But what about linking blend files of cut scenes to the game, must they all be blend files? You can use LibLoad for that.

How to use LibLoad, LibNew, LibFree, etc, for load objects and more? Game Engine Support and Discussion

Hi, i can not understand much the documentation about this, someone can explain me, how use the LibLoad, LibNew, LibFree, etc? Questions… 1)How load directly a object from another file? 2)How load a scene, and in other moment load a specific file of this scene. 3)How delete later the objects added. I will use this for load objects of another files, sorry english

Obviously the game would be an exe file, so are you stating that a blend file would be linked with another one but can be used only in the blender program?

Due to having two exact level scenes in one file, it is causing it to be linked, so the best way to solve that is to have it separate as I setup first.