Hey guys! Um, this is my first post. Ive been working on a game of mine called: Flatline for about 2 months lately. Finally, I think that I have a few screen shots worthy of showing you guys.

These first ones are shots of my ak47. Textured by me, with alpha maps, and normal maps, things like that. For all of my shots, I maintain about 60 frames per second, which is pretty good.

The next ones are pictures of my dragonav. Pretty much textured the same. In the game engine it maintains about 60 fps too.

Next is one of my levels called Operation Dust Hail. Just with a few objects. Still I am able to keep the game at 60fps.

Last is a close up of a piece of wood I constructed… Lol, yeah wood. Anyway, just wanted you to see that I Normal mapped, and displacement mapped everything in my scene. Still I keep at about 60 fps.

Thanks for looking at my post, I plan on having alot more pictures in about a week or so!!!:eyebrowlift: 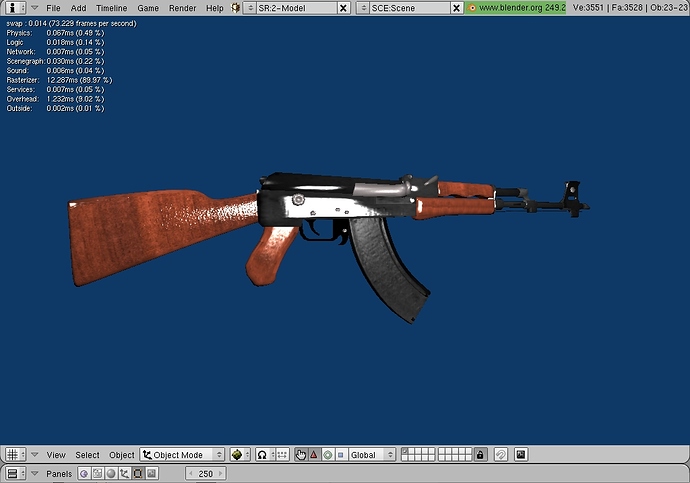 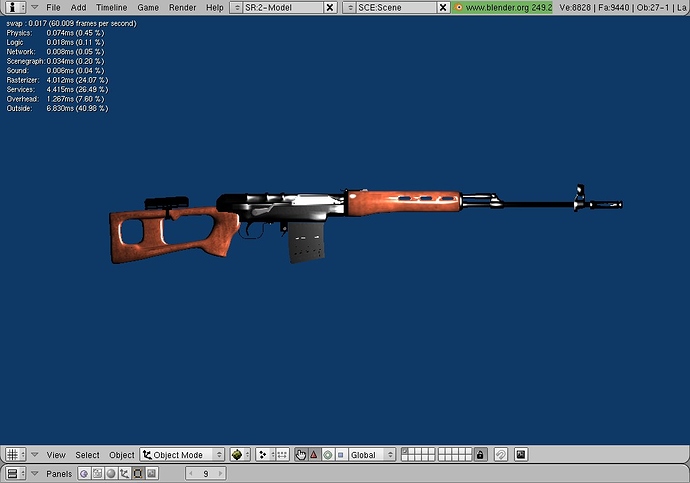 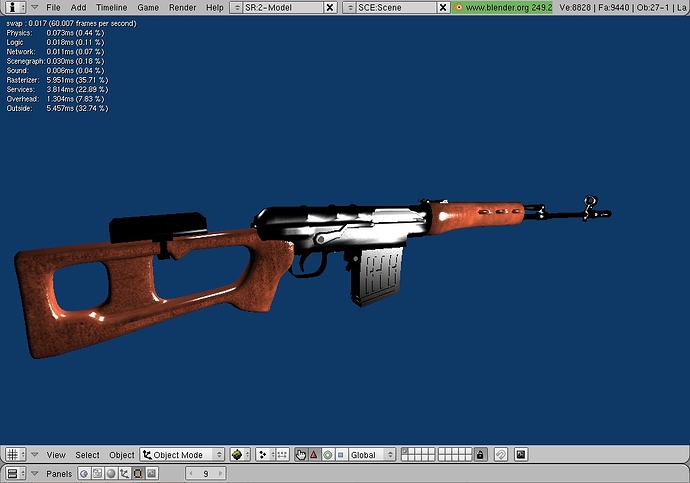 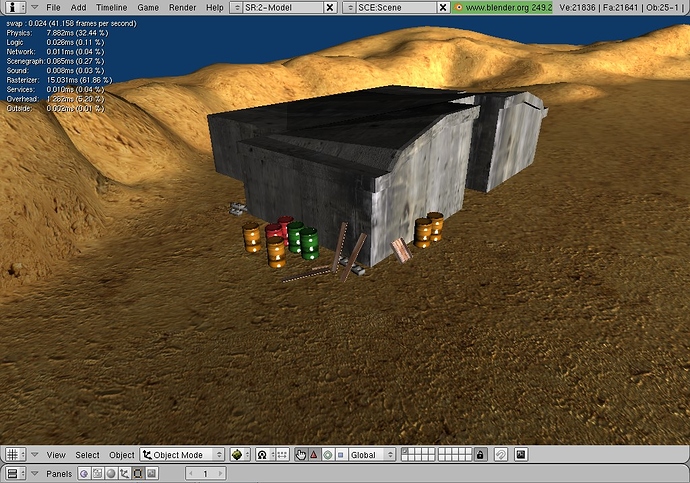 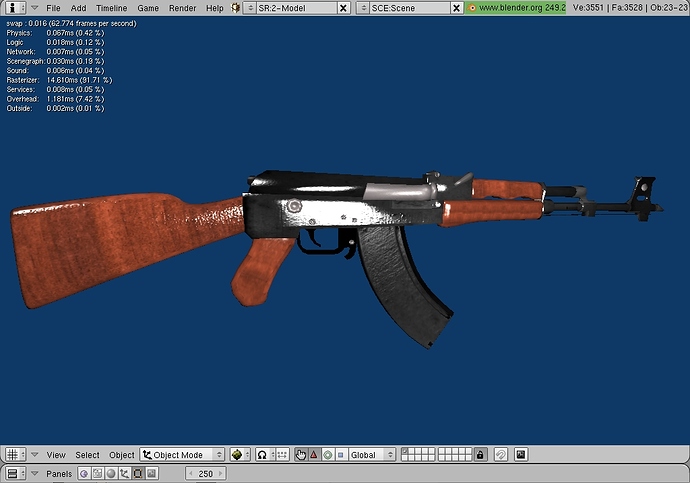 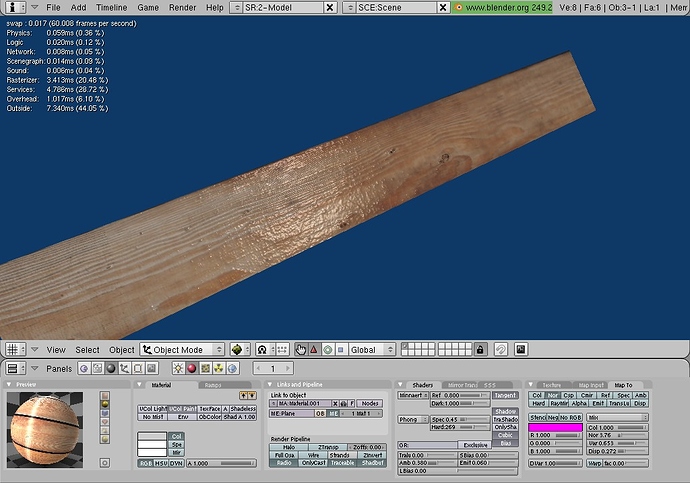 What is the story of your game? And do you have any gameplay??

toooo muuucchhh speecccullarrrrr!!!.. lol, it looks like all your weapons are soaking wet

The wooden plank looks very realistic but the the weapons are too shiny and clean.
You need a proper sky then keep working on the terrain like vegetation/stones/ rocks.

Looks nice, but way to much specular.

I kinda figured that there was way too much spectacular map on all of my guns. But, I’ll fix that up immediately! Um, also, the main concept of the game Flatline is pretty much terrorist vs. Antiterrorist. The anti-terrorist are called: SWIFT- which stands for: Special weapons infantry final tactics and the terrorist: STS- secret terrorist society. This game is going to be pretty much like counterstrike. But the modes and stuff will be fresh and new. Soon ill type up the info for you to see with all the modes and units and stuff… But its like 20 pages long!!!

Suggestion: barrels are to shinny, fix that

Mabye for my next scene I will work on a cool looking night scene.

Dude there is only like 300 polys max for each weapon… Um, I dont know how to get it to go lower poly without them looking very bad

also 300 poly is fine, you’re relying too much on the models for detail, textures should be more detailed than the model.

I made a shotgun recently with only 217 faces (about 400 when all converted to triangles), it has no normal map yet but it still looks pretty good

with a normal map it would look pretty darn good and run on all comps nicely.

Instead of “guessing”, it would be interresting to
do some testings with BGE before judging if a mesh
is too High poly or can handle more poly.

I did some testings on my computer and the frame
per second started to slow down when the game was
showing around 150 000 poly (In GLSL shader mode).

the conclusion is that, on my computer, a weapon using
less than 500 poly is really acceptable.

Still, I wonder about the maximum poly count that other machines can handle under BGE.

btw, although your low poly weapons may be around 300 poly,
we con only refer to the higly subsurfed weapons you showed
above that blender spec to have around 10K poly after subsurf.

…can we have a shot with the low poly weapons plz ?

Even if you’re computer can handle a mesh with 150k polys… you still have to include actual game engine methods. Your computer computing a man who is 10k polys not doing anything will run a lot faster than a man who is running whom is 10k polys. So really - if you want a fast passed first person shooter with great gameplay and an awesome rate of frames per second, forget about the insane amount of detail. No ones going to notice the five thousand polys on the other side of the gun anyway…

Too much specular on the gun. Improve the wood and metal textures on the gun, because right now its too saturated. Add AO if you haven’t already and you’ve got yourself a decent AK

The weapons shown were not subsurfed at all. Here are a few pic of recent changes to the ak47: 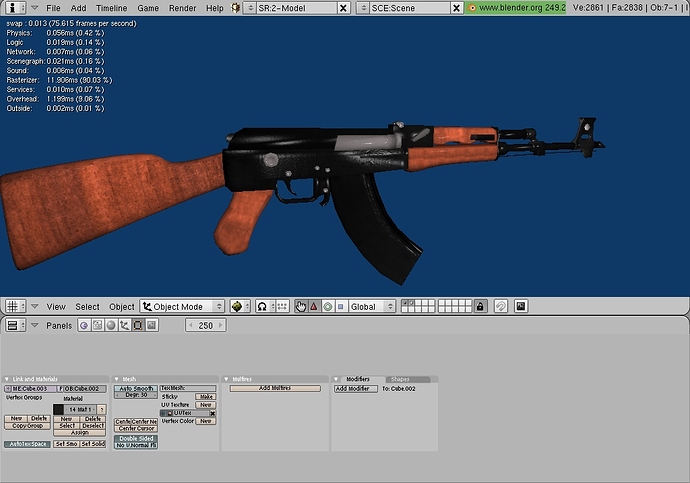 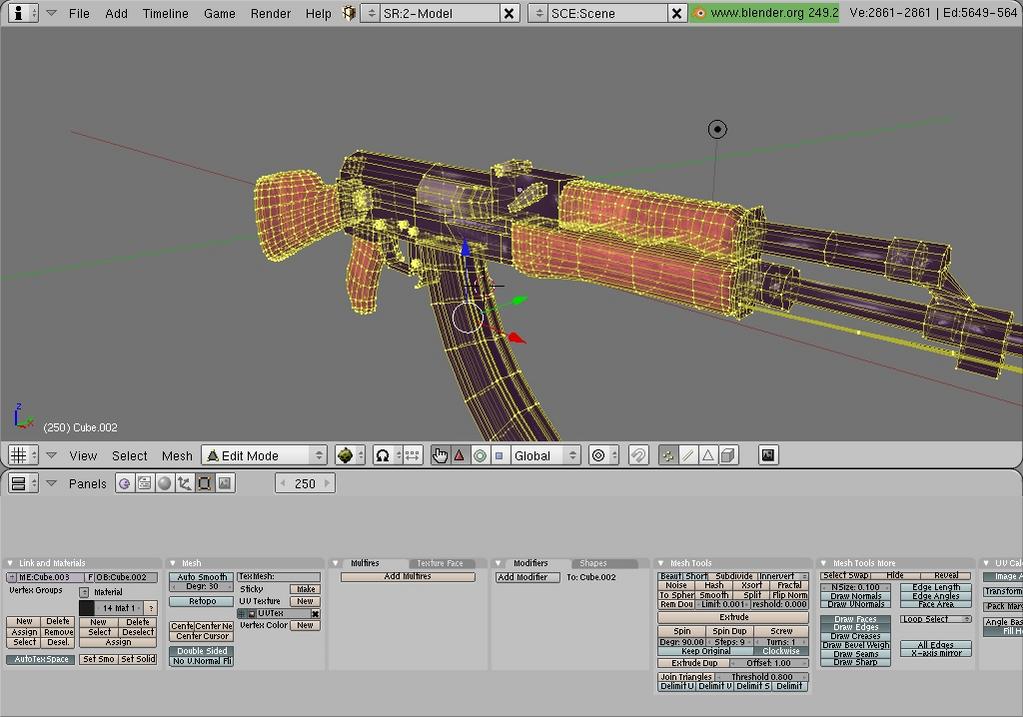 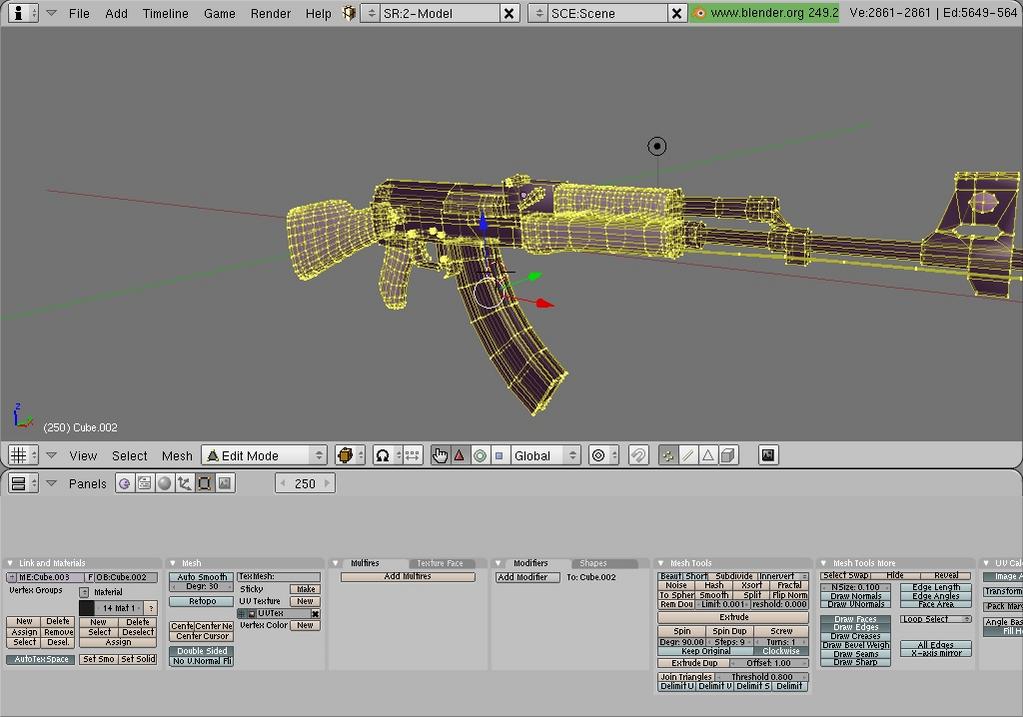 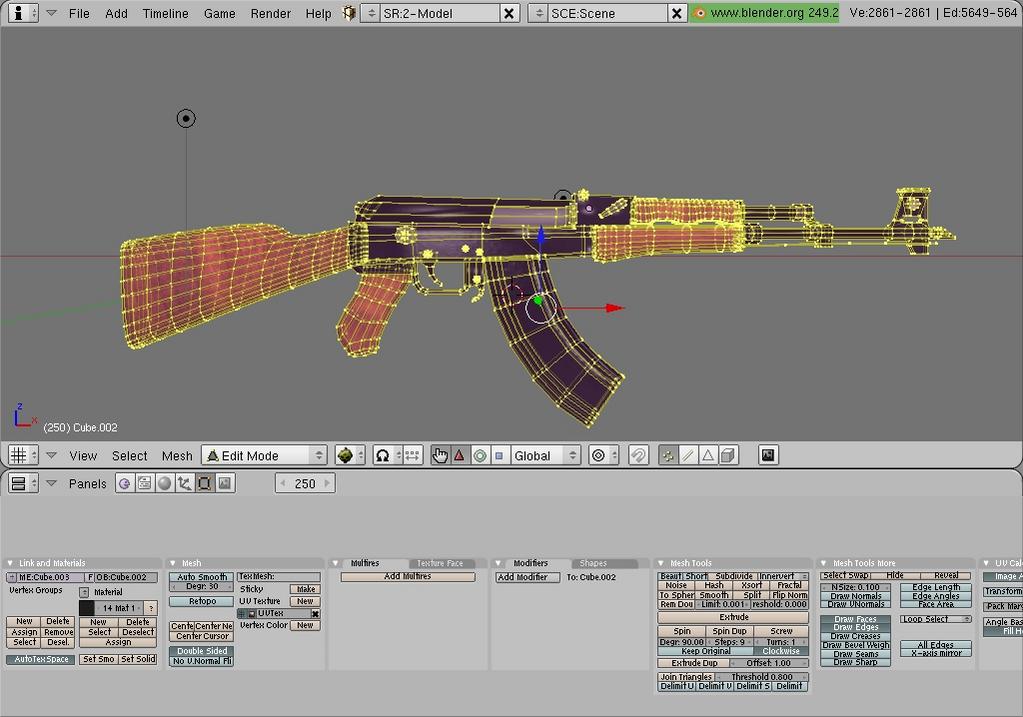