Here is another of my poster projects. Its for a computer lab. What do you think of the general tone and feel? The scientist’s head was modeled out of a sphere using the new sculpt brush.

I’ve had some problems with textures. The arms should be more matt and the wood texture has crapped out on me. It should be an image texture of some old oak, but I can’t get it to render properly for some reason. The stone works great though and it uses displacement maps

Any suggestions would be gratefully accepted. One thing I was thinking of doing was some particle electrical tracers on the equipment. I tried rendering the lighting bolt using particles, but it didn’t look as good as a UV mapped photo. 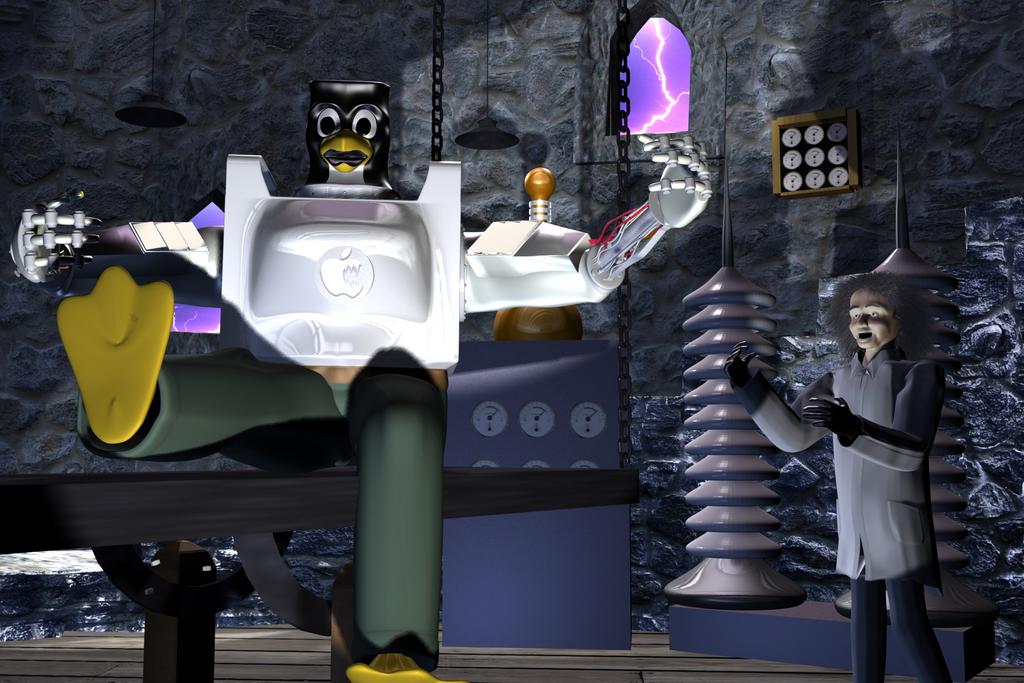 Try reducing the wood size a little, or UV map it (assuming you haven’t). The cloth textures could use more depth, as they look too plastic now (as well as the monster’s feet). The scientists face could be tweaked quite a bit. For his hair, a simple curve guide or two should suffice.

I have to say, that the upper half of the monster and the rocks in the walls are very well done.

I like it! but there’s two things that would make it better in my opinion:
first, the scientists hair needs to look more tangled, if you can do that…
and second, for the legs of the frankenputer, you should try and not make it pants, but something windows-like
good luck

Thanks very much! Yes the cloth looks plastic, I’ll work on that. I didn’t consider uvmapping the wood. I just slapped a wood texture into a procedural. UV mapping should sort it.

I kept the pants as I didn’t know if the ‘Frankenstein’ allusion would carry over. If you look at his shoulders, you’ll see ‘Dell-style’ PC case fronts.

Originally the face was much more detailed after the sculpt, but it was something ludicrous like 90k polys!! Using the sculpt tool was extremely wonderful though!!!

Here is what it looked like originally. I dropped several levels of detail and settled on a middling number and then converted it to polys before putting it in. 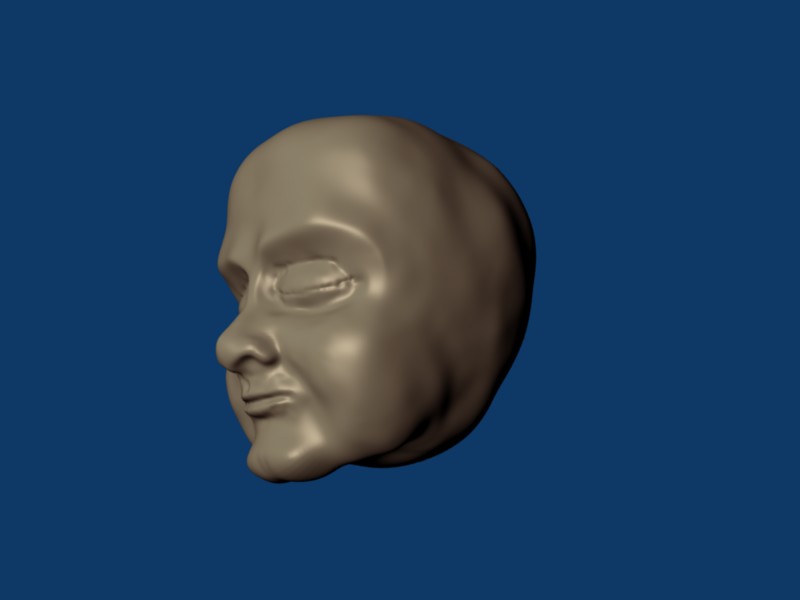 I think your idea of electrifying the scene would make it look super! If you’re not going to animate it, I’d suggest going with an image instead of particles.

The scientist looks very wooden. I’m guessing that you’re going for “maniacal evil scientist” here, so I would suggest arching his back, bending his knees (to lower his center of gravity), spreading his arms, scrunching his shoulder, twisting his neck, snarling his finger, etc. Show that every muscle in his body is tense with triumph.

I have to agree with Smokey Joe in that the rock walls and upper body of the monster look great. That shiny on the monster really says “Apple!”

The scientist is waaaay out of proportion. The clothing needs to be tighter to him.