Freak Fighter Online TPS MMO Game ( New Pics ) hi, so recently ive been trying to get better in python, i have decided to make a dbz styled game.
you explore a land and obtain weapons that you use to fight other chars while exploring. You fight anyone any where. this is a modern styled game but it like dbz on a different planet.

AIM
To create an mmo with help of blender artists.

GAME STORY
You fight people, the more you fight the more XP points you get, your XP determines your Char’s level. If you get a high enough level you can transform, SSJ1 etc.
But to transform you have to buy the transformations with money.
You buy your clothes with money aswell as special abilities like Flight or Temporary Stealth or Pets. You train in your dojo and completing the mini game you get to upgrade your fighting skills.

GAME MODES
Free world - quest and interact
FFA - enter an arena and fight for money
Trade - exchange items with other players
Clan War - get some other players and fight for rewards
Options - edit controls, resolution or sound.
Chat - talk to people.

So, the game is about becoming the greatest fighter in the universe , ( The one who is the strongest is the ruler of all can get whatever their heart desires)

This Game has Been restarted as of 2012, Reasons are because blender 2.6 has better features than 2.49 so, yeah. 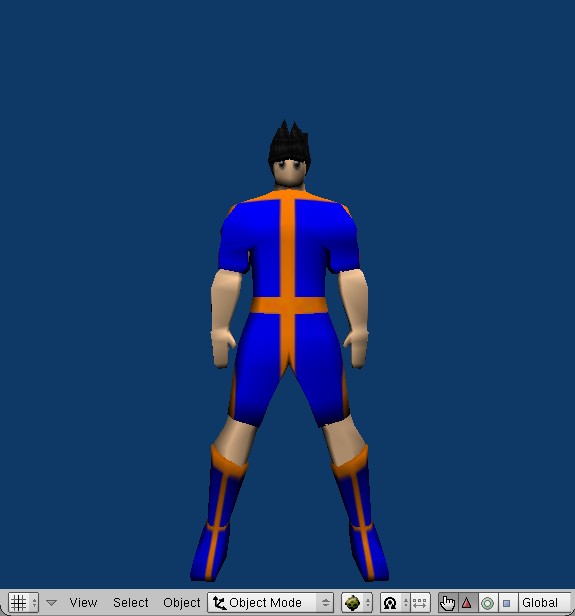 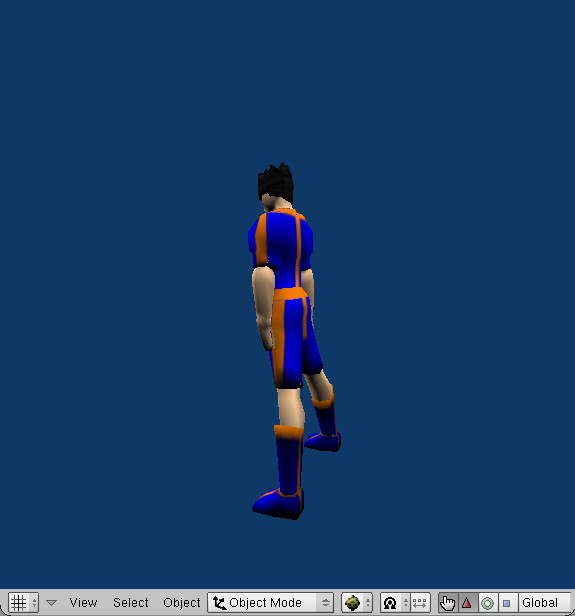 His head’s a bit off (too small). However, it’s good for a custom model - I definitely see the DBZ influence.

yeah, the head was all because of the neck. i normally model weapons and vehicles, i am doing the models based on anatomy.

The current gameplay vid i have done all of this in python and its taking me ages.

The video’s not visible. Perhaps you should go with Youtube or Vimeo.

The video lags but i dont know why, its not even that much polys.
in my next update ill show flying and better and continuous ki blasts.