at the moment I try freestyle for a project of mine. To understand how it works, I tested it with two cubes and a plane.
It seems not to work - some lines doesn’t appear! Other go threw the objects and should be hidden, normaly… 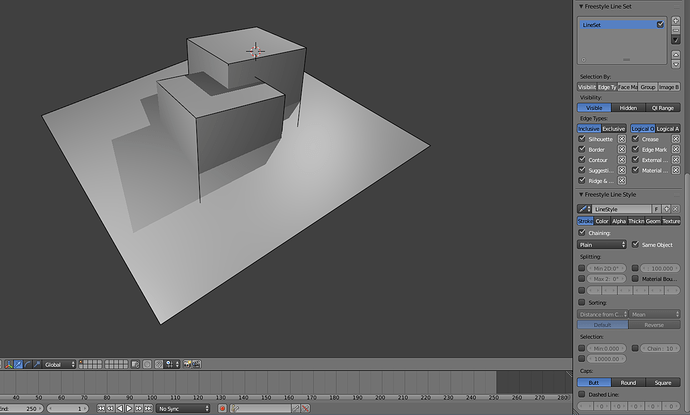 Does anybody know where is my failture?
I can not belive that blender can not handle a hand of simple objects - it have to be a fail on my site

Freestyle applies itself to edges as a separate render pass.
It cannot detect features that are not really there, for example an intersection of 2 meshes where there are no edges included for the intersection.
Even where the edges are there, they need to be ‘crease’ edges to get included.

You can create the intersection edges using the boolean modifier to ‘union’ the edges together
This is only a partial answer because you still get edges ‘revealed’ where there are none.
To remove the excess parts you need to apply the boolean modifier which makes it difficult to go back.

For your simple scenario I suggest using a separate ground plane which then has the other objects added using the boolean ‘union’ so at least you can then recreate the ground plane if you move the objects around: 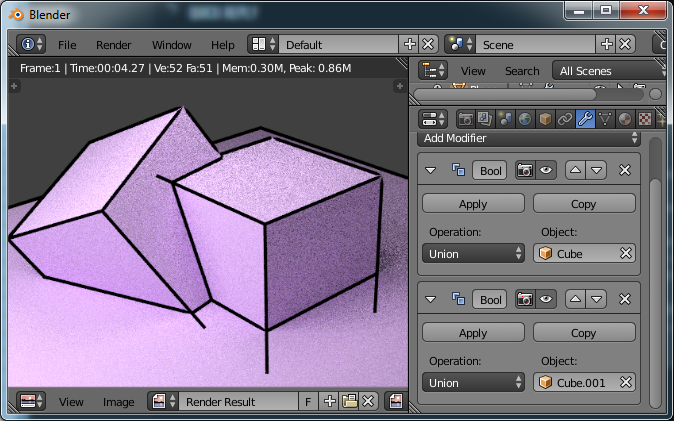 and then with the modifier applied … 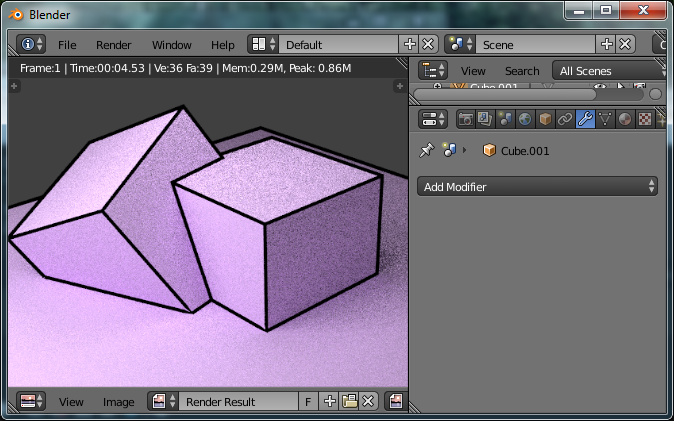