Does rendering a full textured image along with freestyle draw all edges take longer to render? I have used this method for rendering out wireframe renders before but only with clay materials. The render is at 99% and is at the " view map creation " portion and seems stuck there despitehovering the mouse over the process/progress bar where you can see that the estimated remaining time just keeps counting up. This is in cycles 2.79b being rendered out on cpu as the laptop I am working on doesnt have a GPU large enough as the scene alone is 2gigs due to the textures are 4-8k.

Yes, it will take a little longer, as it renders the scene and THEN renders the freestyle lines over the top.

@yogyog I understand that part as it renders out the scene as normal then calculates edges and such once the render is pretty much complete. Just my render was complete other than when it came to the point where it started the draw edges portion. The scene render took about 35 minutes, however after that point I let it sit there at 99% for a good hour or so after that point and it never seemed to progress at all. And when hovering overtop the progress bar it just kept increasing the remaining time not counting down like usual.

I have used this method to get a clay render with show edges wireframe on another project but it wasn’t as intensive. So I am just guessing that the scene will just need optimized to do a wireframe rendering.

This is a previous project on the same laptop and same version of blender where it had no issues. 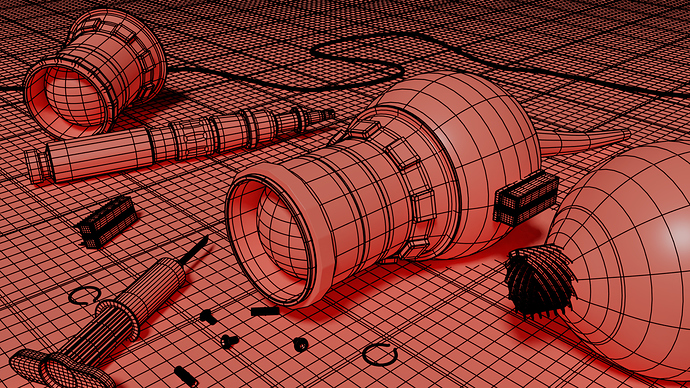 This is the scene I am trying to get a non-clay rendering with the wireframe on that is causing a hangup. 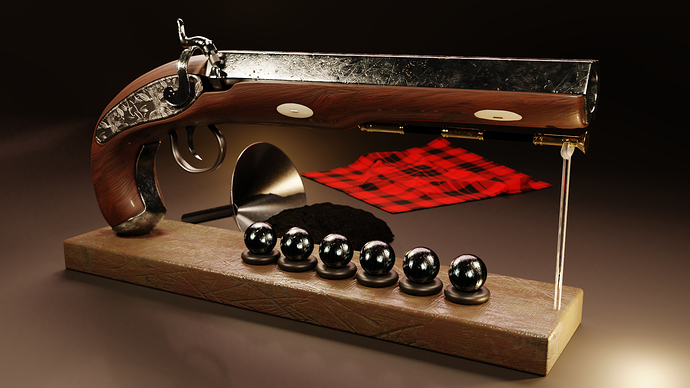