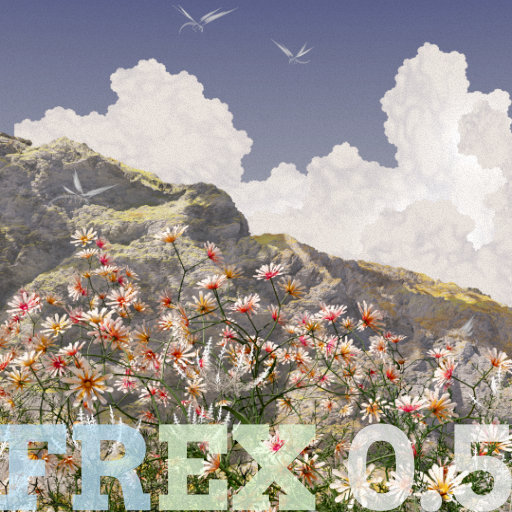 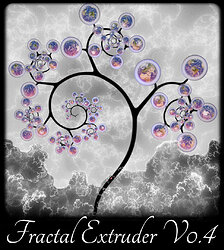 Lsystem generator for blender. Contribute to rastart/FREX development by creating an account on GitHub. 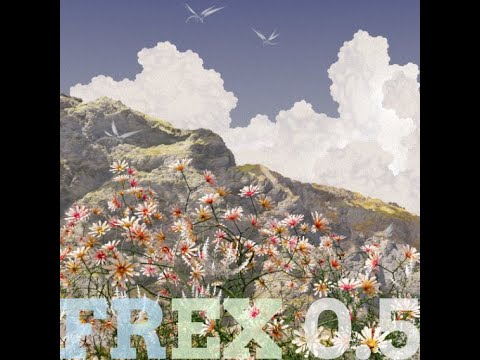 TEXT BLOCK
You can write rules in the blender text editor, just rename the text using the prefix “LSYS”
The grammar is written in form of a python dictionary, you can write a fractal object to a text block to get a template or store a setting. 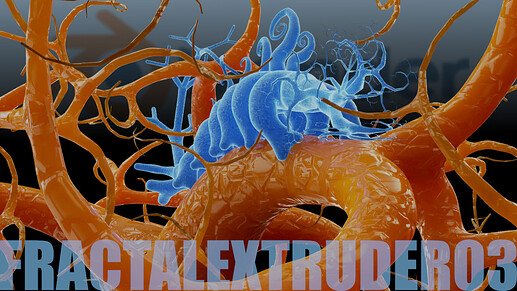 very good. Do you intend to make version 2.8?

Yes, I’ll wait for the 2.8 stable, meanwhile I’ll try to improve the code, I would like to include also some presets for organic archetype, ecc…
I’m working on a pathfinder algorithm right now…

If you find the way to convert this on a kind of sculpting brush, (for example apliying the script to the poligons selected by the brush with graduation of stregth) it would be a very interesting addon that you could sell, there is not a lot of things on bio inspired modelling on todays 3D soft.

maybe you could join forces with Tissue [add-on] developer (for UI and some more)?

Some kind of workflow, being the fractal object a polyline mesh with a skin modifier the armature is self generate…
“BLENDIGRADE” TEST:
An insect basically is a A-B-C pattern so the axiom ABC ->

Then some posing with the auto IK:

Just some emissive materials and here the 100% lsystem extruded blendigrade -> 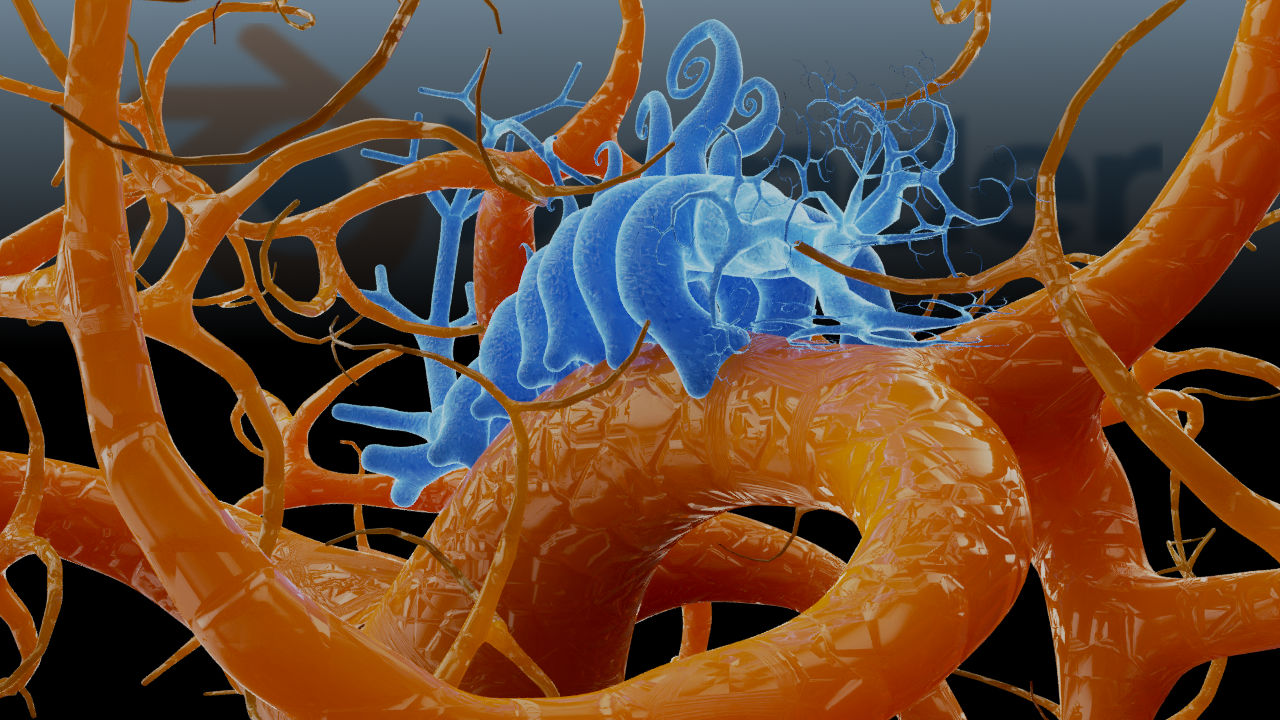 I LOVE L-Systems! Haven’t played with them in years, really going to have fun with this. A long time ago I tried to implement one inside of POV-Ray, which sort of worked. Kudos for bringing more organic awesomeness to Blender!

really going to have fun with this

Thank you and good to know! I need some feedbacks about improvements!

Initially I tried to do somethink like that into modo, but I lacked the skin modifier!
The main concept is to get a fast way to generate Lsystem extrusion without break the direct modelling workflow, so I would keep it a modelling operator…
Since the overwriting rules are easily reusable I would try to get a preset database shared also with the animation node Lsystem generator, this is easy to obtain using text data to define axiom and rules…
So I’m going to add a load text rules button once I figured out how to do.

convert this on a kind of sculpting brush

Yes, I think I ll add two other option:
1 translate the extrusion in a lsystem animation node setup ( and uniform the rules sintax accordingly)
2 a sort of brush to deploy the extrusion on the surface with auto remesh ( in a dyntopo sculting workflow)

2.8 version ready and seem to work fine!
I found some problems with new layer system: at moment the fractal objects ID linking is broken
I’ll fix it as soon as I understand how to do it…

Hi @Rastart
Do you have a few example more for to fill in AXIOM and RULES.
I wrote an article about your addon and want to give a few more examples to get the users started. I copied already the two examples in the screenshot.

Hi! Basically the sintax is the same of the Houdini lSystem, https://www.sidefx.com/docs/houdini/nodes/sop/lsystem.html
The examples here should work and also those from other standard lSystem, once I ll get some time in the next days I ll post some other screenshots!

Hello, I can’t use any of these 2 versions to find a plugin. 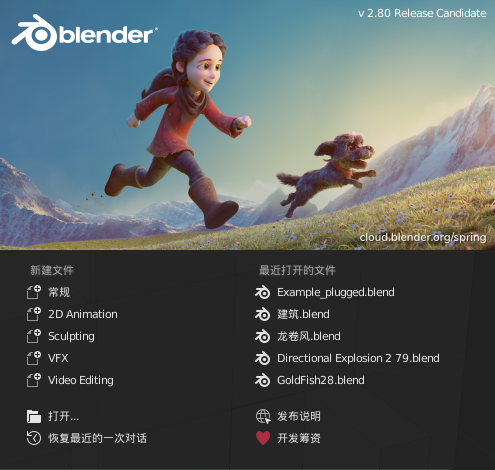 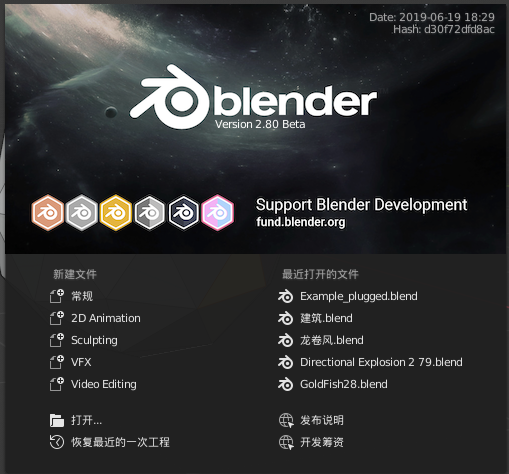 Ok! I ll check It soon… Once I get some time I ll put also a tutorial!

Hi @Rastart
I find this a very interesting addon and thought about it quite often.
Do you have plans to make a few more examples, or do you have plans for further development?
I think it might be a bit hard for users to get through the syntax of L-system and some examples will help. An L-system or Lindenmayer system is a parallel rewriting system and a type of formal grammar. An L-system consists of an alphabet of symbols that can be used to make strings, a collection of production rules that expand each symbol into some larger string of symbols, an initial "axiom" string from which to begin construction, and a mechanism for translating the generated strings into geometric structures. L-systems were introduced and developed in 1968 by Aristid Lindenmayer, a Hungarian theoret...

I believe we owe gratitude to the op for his creation by looking at all the established material available for l-systems. Above is a start. If you put a search in for l-system and your software of choice, I’m sure you will find something.

Users get to do some of that lifting even if its called learning.
Robert