Fur is not the same

Not sure what the problem is here. I had my fur just as I wanted it and then applied a rigify armature only to find that my fur thinned out. The rigify armature works perfectly and I did not make any chnages to the particle settings. But for some reason when I chose to render the fur after installing the rigify armature, the fur appears thinned out. Here is a sample of the fur before rigify and after on a tail. I would really like to find this myself. Does anyone have any ideas on what may be causing the problem? I know applying an armature, either custom or rigify, should not affect the particle system especially in rest mode.

I checked all particle settings before and after installing the armature and they are the same, I also experimented with the modifier order with no results except a slight change when I moved the particle modifier between the sub surf and the armature modifier. By the way my armature is above my subsurf in the modifier stack. Anyone have any ideas? 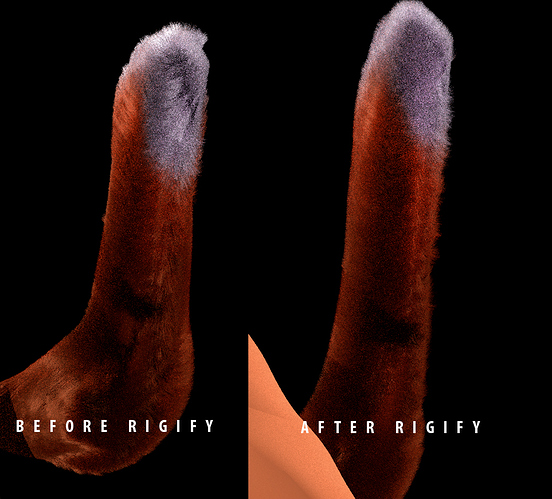 Hi
Particle Settings > Emission > Use Modifier Stack
you can try it.

Thanks again ozgur. Well that was a good point to make and i had not used the modifier stack but i turned it on and the fur still seems thinned out. My previous mesh with fur as shown in then pic was with a custom built rig that to me sucked so i went with rigify and it is solid now…really like it. But when i went to engage my fur i got that thinned out look as you can see in the pics. Nithing was changed in the new rigify setup regarfing particle systems.

I am really trying ton trouble shootn this myself since i tend to learn mpre about how it all works. Bit i am ata loss as to where to start since i have adjusted the modifier layers and also double checked particle system settings ro make sure bothing was changed from the previous rig. All i can say is that after installjng theb rigify rig, the fur went south. Doesnt seem there would be a connection with a rig and the fur in that way.

What happens if you disable the armature modifier? Also, post your blend (stripped down) if possible.

Ok the latest on this mystery. I have disabled the armature and also applied the modifier stack to no effect. I only brought up the fact that possibly the armature had something to do with this since no other changes were made including modifier stack during this time of switching to rigify. My modifier order is Armature/ Lattice mouth/ Lattice Mouth2/ Lattice Face/ Lattice Chest/ Subsurf/ then all particles.

The changes in my particle system are all in the clumping. The clumping and finer details seem to have disappeared after I completed the Rigify armature although no changes were made in modifier order or in the finer settings of the fur. I am including some closeup pics to illustrate. The first picture in each is what happened to my fur AFTER rigify was installed. Again, not blaming it on the armature but it was the only thing I changed. The second pic of each below is what I had before I installed the rig but cant seem to get it back and is what I want. I guess I can always re-edit the fur but that is a pain in the you know what. Still working on a stripped down file I could possibly upload but any suggestions gladly appreciated. 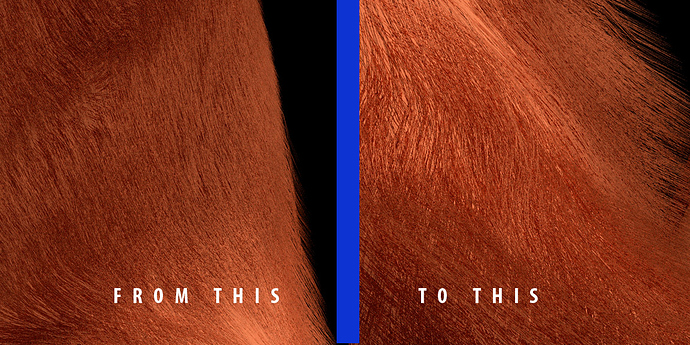 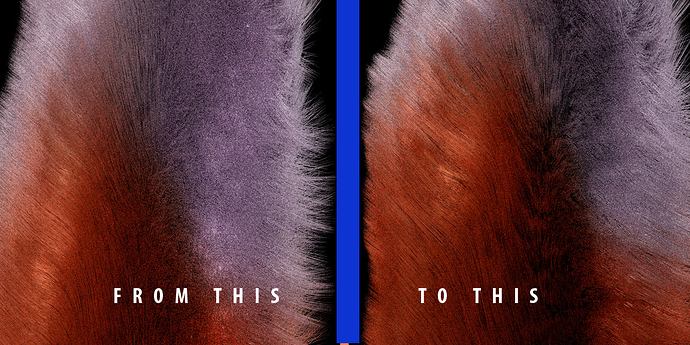 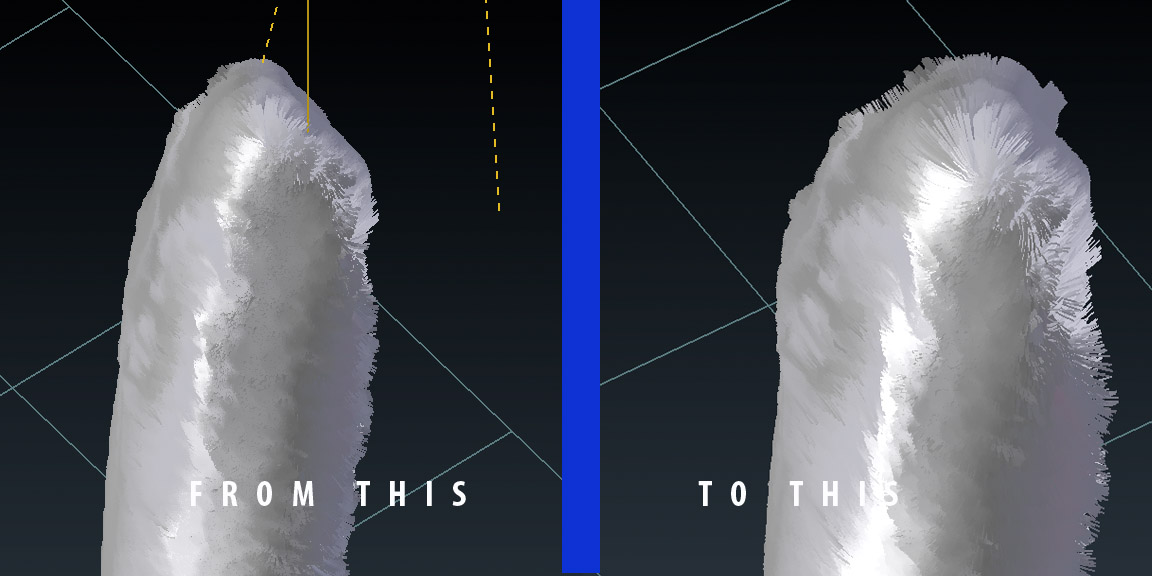 Well after much troubleshooting I found for some reason that when I switched to the rigify armature, the physics of the particle system I was using was not responding as before the armature was installed. I basically had to increase settings in the physics section in order to compensate for something that was not there until the rig was in place.