I’m rendering an animation of a white tiger that I modeled. He has a lot of fur and it’s pretty taxing on my computer’s memory. The computer is being funny. It will render one or two frames and then stop. But it always makes it through at least one frame. Just wondering what sort of options I could change to ensure that the program doesn’t crash anymore.

Anyways if anyone can help me, please reply.

How much RAM does your machine have?

Make sure to turn off all programs running in the background when you render.
How many hairs does your tiger have?
You have 2 options.

Also, make sure that the computer is being asked to do nothing but the tiger. In other words, you’re building a layer of material for later compositing back into the scene.

Render the scene in parts, if you have to.

As mentioned, fur-rendering is extremely resource-intensive. Ponder carefully just how little work you can possibly ask the computer to do, in order to obtain a result that is convincing and pleasing. The computer will grind through “thousands and thousands of little bits of fur, one lousy hair at a time,” if you command it to do so, or it will (much more likely…) “die trying.” So, unless you want to be telling your grandkids about that really marvelous tiger-render (“it’ll be ready soon … and it’ll be great … trust me…”), get creative with it.

Thanks for the replies, looks like I need to separate the tiger and composite him later and maybe free some ram from my virus scanner also. thanks!

Everything everyone else said sounds good. I just wanted to add that in Kung-Fu panda, for Po and some other characters, they had less hair than you would expect. Except you don’t notice it, because the coloring of the skin and hair is so perfect. (see attachment)

While this works with a movie, where you are focused more on what they are doing, you may find that this technique is more noticeable in a still photo. 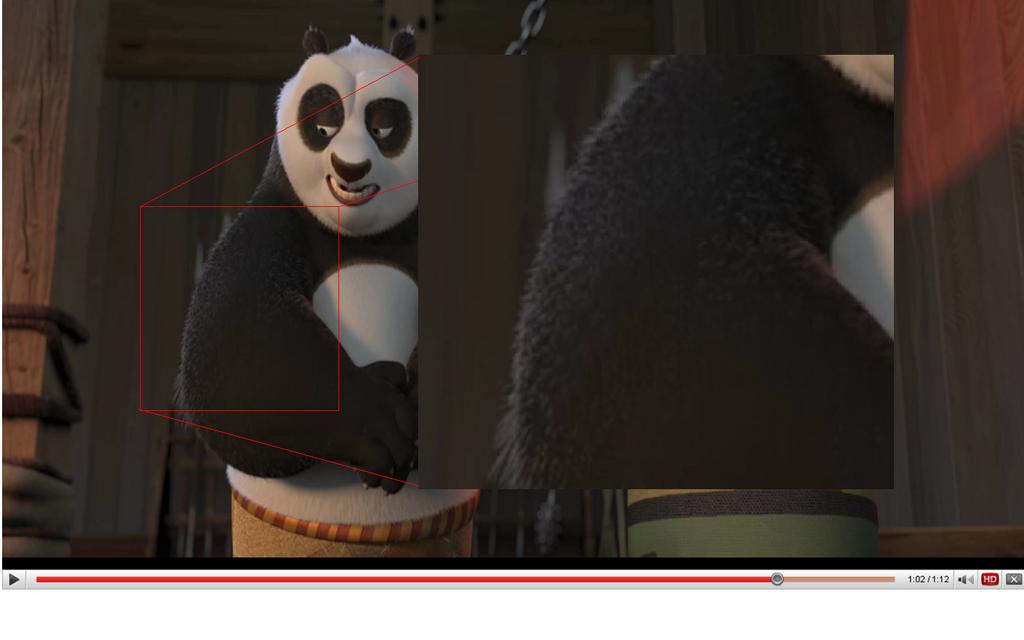