Done as some practice, although they look simple i had to think twice how i modelled all of them (took me a while to find the lattice modifier for the chair).

Rendered with Yafray with HDRI probe plus some photoshop to get rid of backgrounds etc. Ill hopefully add some more in the next couple of days. 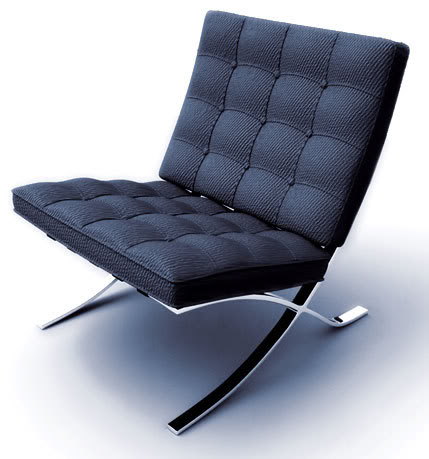 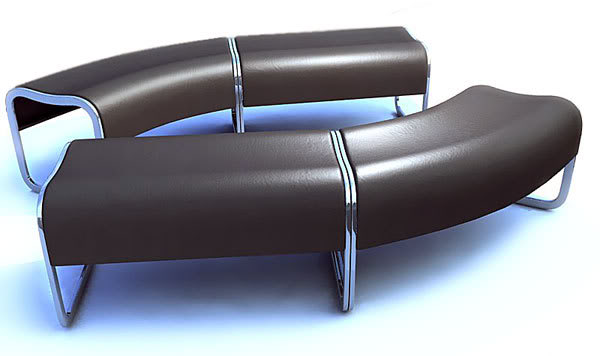 how’d you model the bulgy cushions? I’ve always had trouble with that. these are very nice, but you might’ve overdone it a little with the postpro, esp in the bottom image. why is the shadow blue? I’d love to hear more about your modeling process…

Moddeling the cushions took a bit work but the final solution was quite easy. Add a plane and subdivide twice, the, raise the inner vertices to get the buldge. Then it was a case of duplicating them and joining them together. I originally tried to model the ridges in as one peice, but the created to many verts so instead i duplicated an edge loop, seperated it then modelled the ridges from that.

Heres a pic of the wire should explain better.

The shadow is blue becuase of the HDRI probe i used, i thought it looked ok, but ill change it and see if looks any better.

I agree with noderanger, it looks as if a blue light is illuminating the underneath of the chairs. A simple black/gray shadow would look better in my opinion.

What’s wrong with the shadow? Granted, it may not be the expected result, but my first impression was that the floor was slightly blue when not washed out by the lights or that a blue light was at a low angle.
Every once in a while a screw-up can turn into a nice visual effect.
Nice job on the 1st one… the other two don’t look very inviting… not to an experienced ass

wow they look very nice, the blue one looks incredibly comfy:D, not the same can be said for the orange one, lol. They all look very good regardless.

Very nice. Any chance you might share the .blend for the blue chair? I’d love to study your lighting and render settings.

The blue shadowing reminds me of the colour cast you get from a different light source after whitebalancing from the main source. In this case a dominant 3200k interior fixture would be bought back from yellow thereby biasing the gentle exterior light (at 5600k) to a blue tinge.
In effect this makes the shot more realistic from a architectual ‘photo’ point of view, the human eye has a lot more lattitude for this effect but it is still apparent in certain circumstances.

Great looking models by the way.

The orange chair needs some major help to look inviting; as it stands right now, anyone to sit down will surely slip right off, and that’s all the picture shows.