Yo!~
Intro (can be skipped xD)
Yesterday I started working on my first short ever. I don’t know it’s name yet but I think it’s gonna be about a boy in the far future on a distant planet who hates society for their ignorance and general stupidity and will commit suicide (dunno the reason yet). And yes, he is supposed to be a psychopath but no, he won’t be emo

The goal of this short is to understand the boy while keeping the drama and tragedy stuff as low as possible.
I plan on using this short as an intro to a game I’m creating, which will be about that boy’s journey in the Afterworld. The difficulty in all of this will definitely be to get most of the religional stuff to a neutral ground, I myself am Atheist so I want the short and game to not offend anyone…

Currently working on:
The basic environment:

I tried to make it rather unique, I dislike copying stuff 1:1… So the town/colony will be built in height unlike normal planar cities. Haven’t thought much about it’s structure though, I just keep modeling and hope it’ll become better xD One thing I thought would be cool is to play a little with gravity and make some buildings come out of the walls or the ceiling or even having half the buildings upside-down…

as for the characters involved, I think the main character’s gonna maybe look like this(I just started):

I’m not sure though, maybe he’s gonna be whiter or more asian… and as for the hair, I don’t have any idea what it’s gonna be like, probably square Enix style…

So ehh, if you wanna help me out with one or 2 things (especially innovational ideas) I’d be really grateful xD
Oh and please comment!
Greetz, kiriri!

It is deffanatly differant. Its a good start. Cant wait to see the rest.

Thx!
I haven’t had much time to work on this in the last few days but I came up with some more buildings, and just for the sake of learning I used cycles to render them (never worked with anything similar before)

PS:
I thought about the story and decided to change it : I don’t like ppl who commit suicide so he’ll be murdered

it’s gonna be about a boy in the far future on a distant planet who hates society for their ignorance and general stupidity and will commit suicide (dunno the reason yet). And yes, he is supposed to be a psychopath but no, he won’t be emo

No offense, both stories are tired and corny. Stories are tough to write, but if you are going to spend some time on this, why not think about it a bit harder? You seem not to care much about the story, and that’s the most important part of a short film. Without a story, it will be just a demo reel.

Awww, yeah you’re right xD I guess I should look at it a tad more seriously. Thank you for the serious feedback, here’s take two of a rough outline:
It’s the year 4620. Humanity has long reached earths natural capacities and exceeded itself with genetic manipulation creating a human race that no longer knows any fear of death because there is no natural way for them to die. The protagonist is born/created in such a world under the excuse that the government was able to upgrade the planet’s capacities to allow more humans to live there. However, truth is that the government hunts down anyone opposing their ‘democracy’ and belief to execute them and replace their places in the society with the so called ‘New Generation’ to which our protagonist also belongs.

I’ll stop here for now to refine that part so that I won’t have to change everything I built upon this lateron. What do you think? What would you change ? I’ll go as far as to change everything to get a half-decent story xD. Please keep in mind that while my story writing is horrible I still prefer serious feedback

Personally, I’d avoid the “Government Killers” aspect. Focus on a more personal aspect of the story - develop a character, give him real motivations, and don’t make him a suicidal psycho. Some references:
“Blade Runner” - Futuristic movie, but focused more on Harrison Ford’s character (I have not seen it in a long time)
“A separate Peace” by John Knowles. Quiet tragedy.
http://www.amazon.com/Separate-Peace-John-Knowles/dp/0743253973/ref=sr_1_1?ie=UTF8&qid=1305465432&sr=8-1

about the subject: i think you are reverse-thinking. you want to show obvious problems whit worlds society,but really to do some sense is to show how it must be.thats your freedom,but i hope you get my mind.evry artist today is painting the world of tomorow:D

Ok then I’ll just keep this part because it would kinda be cool to see futuristic humans falling from skyscrapers just like that without getting a single scratch or bruise.

It’s the year 4620. Humanity has long reached earths natural capacities and exceeded itself with genetic manipulation creating a human race that no longer knows any fear of death because there is no natural way for them to die.

Then as for the real story… I’ll still insist that there will be as few tragedy as possible (don’t we have enough problems in our own life already, why would someone wanna watch someone else’s despair?)
@shanzou
The protagonist just has to die, there’s no way around that, but how about him saving someone and sacrificing himself instead? Is that what you mean?

EDIT:
Still working on new models but so far I couldn’t come up with anything new, just some material corrections: 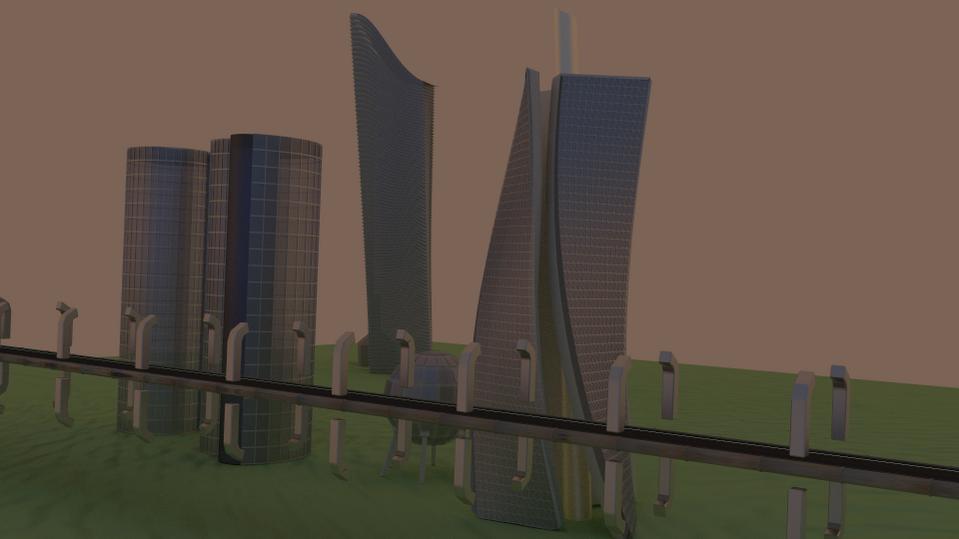 So youre still obsessed with square enix, eye style doesnt like at all to me!

Your tragedy history is pretty good i though, but in reality Earth resources will be resilient over 90 years more so I think. Now is the time not for tragedy histories but for movies related to the value for natural resources, example avatar movie.

haha I made those eyes that big to emphasize that it’s a boy, not an adult… it is the easiest way to do so xD I will however try to change it, especially the eyeballs themselves xD
With human capacities I didn’t mean the energy resources, I meant the limit of people that can live on earth at the same time. There is a finite number of people that can live here because there’s a finite amount of water/space/food to live with.That means no matter what we do, one day there won’t be any way for us to grow earth’s population… Demotivating isn’t it?

Well, all of the bees are dying it seems, so as soon as that happens…

We eventually know as our population excced 7 billion we adress onto a debacle of resources and perhaps the world as we know it. I don*t want cry yet bud!. Go on your history, do the best:D:D!