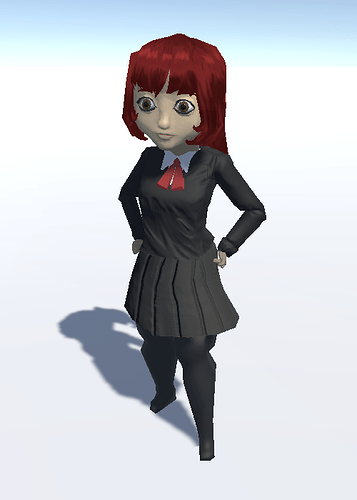 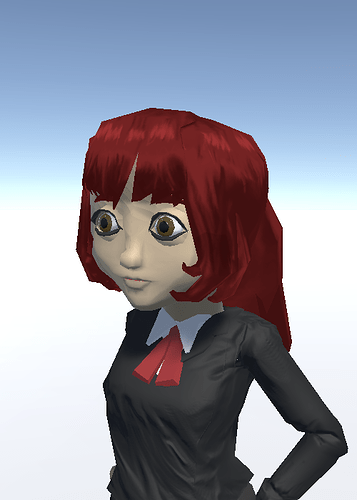 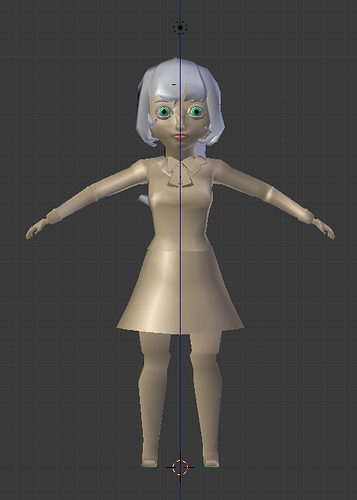 I’m new to the forums and a quite inexperienced in 3D art. I’m pretty good with the technical aspects of Blender because I’ve played with it on and off over the last several years, but I don’t have any formal art training. I would really love some feedback!

This character is going in to a game that I’m working on. The first two images are from Unity. My main concerns are:

Eyes are pretty much the first thing people look at in characters.
I would recommend that you make her eyes look more relaxed. They look like they have seen some pretty crazy stuff. or she’s been consuming a lot of energy drinks.

Most of these are probably a style thing, so not that strange, but I list this stuff in case it comes handy. Big eyes and head are factors for cuteness 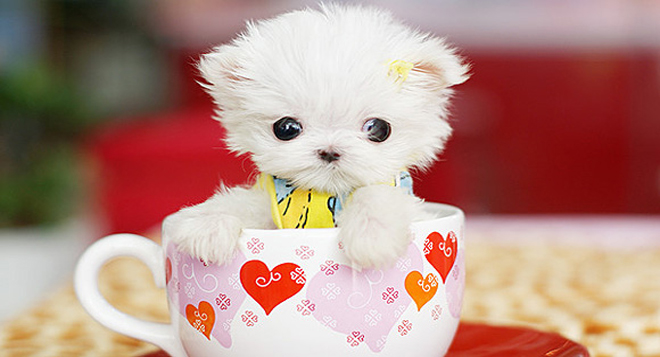 Why Babies and Other Things Are Cute, Explained

Ever wonder why you find some things cute? Here we explain it. 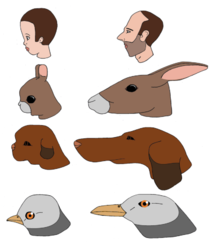 Cuteness is a subjective term describing a type of attractiveness commonly associated with youth and appearance, as well as a scientific concept and analytical model in ethology, first introduced by Konrad Lorenz. Lorenz proposed the concept of baby schema (Kindchenschema), a set of facial and body features, that make a creature appear "cute" and activate ("release") in others the motivation to care for it. Cuteness may be ascribed to people as well as things that are regarded as attractive Dou... 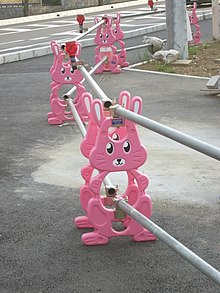 Kawaii (かわいい, pronounced [kaɰaiꜜi]; "lovable", "cute", or "adorable") is the culture of cuteness in Japan. It can refer to items, humans and nonhumans that are charming, vulnerable, shy and childlike. Examples include cute handwriting, certain genres of manga, and Hello Kitty. The cuteness culture, or kawaii aesthetic, has become a prominent aspect of Japanese popular culture, entertainment, clothing, food, toys, personal appearance and mannerisms. The word kawaii originally derives from the p...

She doesn’t look particularly japanese or even asian because of the eyes (and eyelashes). Head shape should probably be a bit more narrow for a japanese girl, even though rounder head shape might be preferable as a cuteness factor in japanese culture. 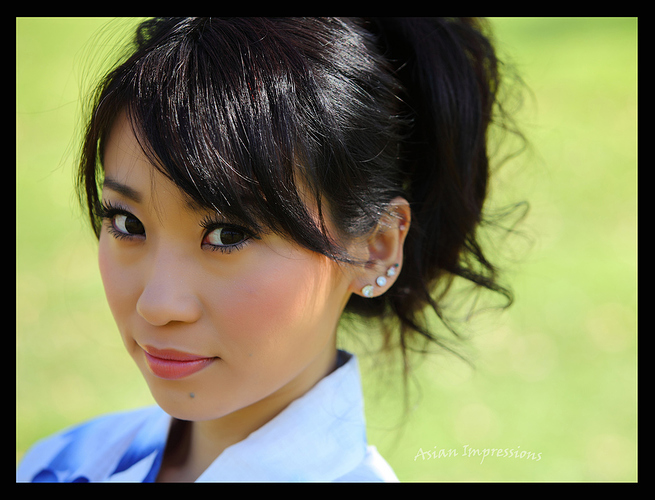 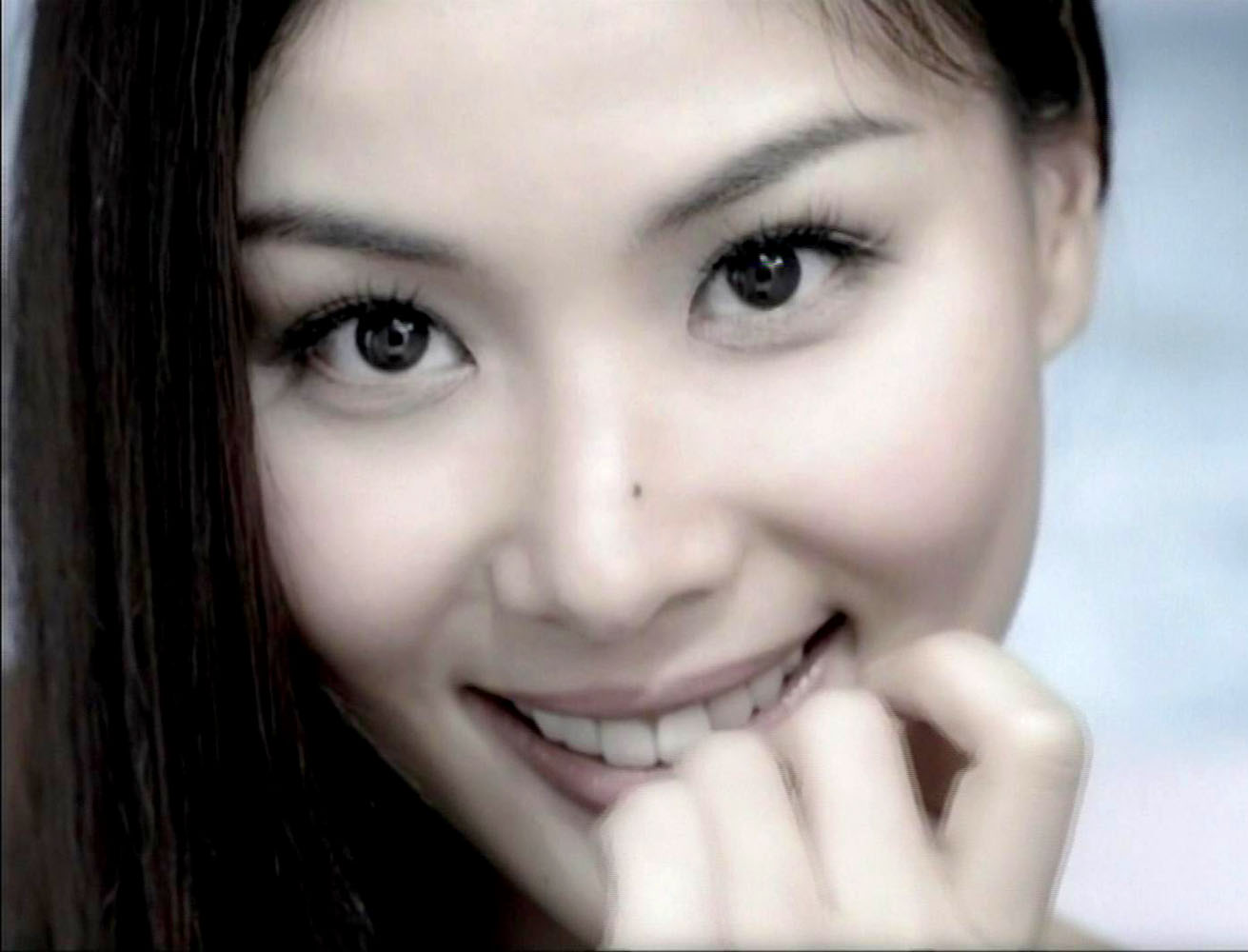 The head is big. I mean 1-2 year old with developed breasts -big. Not wobbly head doll -big, though. 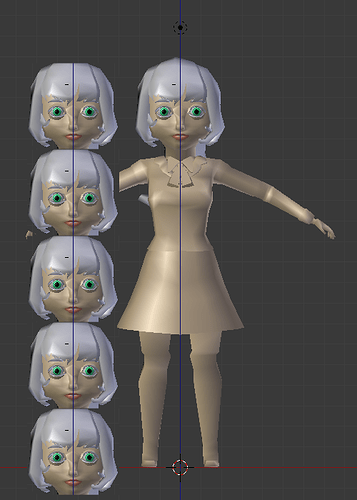 The body is 4.5 heads tall and the head is almost as wide as the shoulders, which is closer to newborn.