I’ve got a none textured character, rigged, with animation and few game design ideas I’d like to test but I need a coder with some free time and an interest in prototyping and play testing ideas. I’m happy to share game ideas freely no need for NDAs or other nonsense. 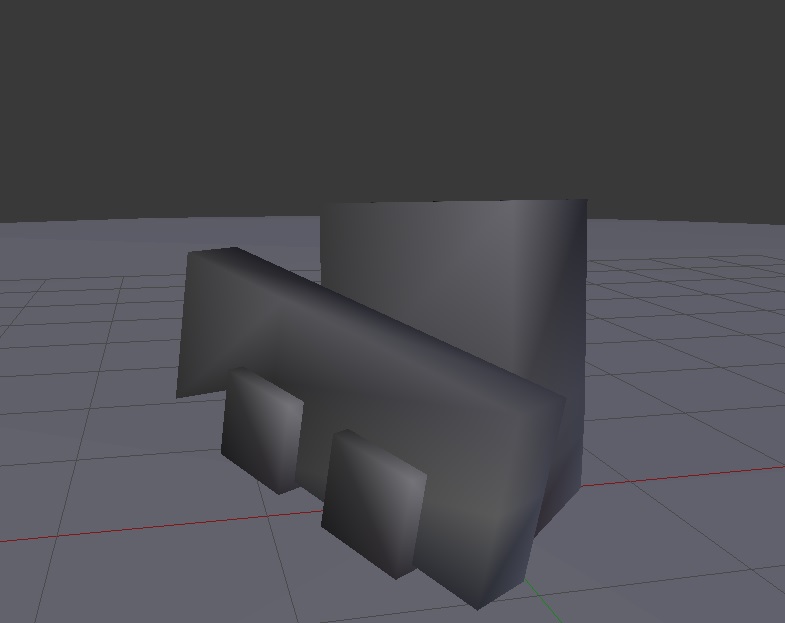 There is a game here but because so many of the design ideas are conceptual I’d like to explore them before exploring a full game and I don’t want to wrangle “you” into a dead-end project. However if the ideas are functional and fun, it might be worth taking a stab at building a proper prototype, marketing video, etc and maybe even a game;) But for now if you’re interested in exploring some game design mechanics, let me know.

I’m assuming everything’ll go through the forums for a good amount of transparency and critique?

You can count me in. Where do I sign?

Rad! Thanks for the replies.

First off, I’m interested in exploring mobile games. This design idea could best be described as a strategically player drawn, tactically navigated rail shooter adventure, where the player shoots and puzzles their way along the path they drew through the missions map to achieve the goals and uncover the secrets of the area.
The character follows this path while the player shoots, sneaks, skillfully navigates, uses abilities, etc until they beat the mission, are killed or are “placed” by the player. The entire mission is then rewound and from the start the player chooses from a hand of cards dealt from a personally collected and organized deck of item cards and action cards which can be placed on the map for any character to use or character card.
This new character will re-play the level along side the original character following a new strategically drawn rail to solve more puzzles, kill more enemies and possibly save the past characters from grim fates thus allowing the player to extend a new path for the once fated character or enabling it to continue its old intended path to victory. Like most card game the player must play a card each time the level is rewound or discard cards from their hand for new ones (losing the discarded cards from that mission). As well as tactical combat card characters, players can also play command card characters.
The CCC are an operational commander which bring to bare new abilities, new weapons for existing characters (possibly vehicles) and the ability to stop the mission at any point in play and take command redrawing/replaying a select number of characters thus rerouting the team to victory. The working title is Escalation Rewind.

Thanks again for the replies, I hope that wasn’t too long winded. If you like the design ideas PM me with your favorite way to transfer files and I’ll send you the .blend file. Once you’ve looked at it you can post ideas on this thread about the direction to take the assets (engine wise). Hope to hear from you again soon!

(Hmm will it let me submit a reply?)

I’m hoping to design for mobile for this project. It can be described as a strategically player drawn, tactically navigated third person rail shooter adventure with collected card characters and a rewind/replay mechanic. Each mission will have players fighting, puzzling and changing the fate of every character the player brought into a mission.

First the player will choose a character card from their hand, dealt from a personally collected and organized deck of character, event, action and item cards. The player will draw a strategic path that will act as the rail in which their chosen character will follow. Once plotted the player can then tactically navigate the multi-lane path. Taking cover to stop and fight, interacting with the map and objects to achieve objectives and the mission’s goals and unlocking the secrets of each mission. Once a character dies or they are “placed” by the player the mission rewinds.

Now the player will choose other cards, when the player plays another character card that tactical unit will play along side the original character, fighting, puzzling and possibly saving the original character from a grim fate. Allowing the player a chance to replay that characters original path to victory or redraw a new path from the point they were saved. The player will also have access to operational character cards which will bring to bare new abilities (call downs and support skills, etc), new weapons (for existing characters and possibly vehicles and pets) as well as the ability to stop at any point in the mission and redraw/replay any character up to command limit of that character. Mission victory is a matter of completing the mission’s primary goal before the player’s deck is entirely used or discarded. Limited cards distributed and possibly a card exchange system would make the game’s collectibles all the more fun to play with.

Let me know what you think. If you’re still interested PM me your favorite way to exchange files and I’ll send you the .blend file to look at. You can post ideas, as to what direction to take the project (engine, code, etc) and we can work together on bringing the game to life. To make it clear, the character above is a placeholder character designed to test the mechanics I’ll post more art as the WIP reaches view-able status. Thanks again for taking an interest, I hope to hear from you soon.

I think you need to do some more planning before anyone else is willing to join up. In fact, I wrote a thread about this a while back and it’s a sticky at the top of the team projects forum. Here it is. Have a read through.

About your post. Why do most new industry IP spend a year sometimes 2 years on concept art and prototyping work on a 4 year project if only 2% is planning and concept? And why doesn’t animation take up any time?

I don’t disagree that (like any project) this project needs more planning. But I’d also like to start on production since the conceptual ideas aren’t worth attaching to any full project unless they A)work B)feel right.

I am working with one team member presently (from this forum), attempting to work out the “path drawing” structure for the rail shooter style gameplay (minus the combat aspects at this point). Then the next thing I’d like to test is the third person camera and lane changing. After that I’m aiming to prototype melee combat so that we can move onto the rewind feature (so we have some action to rewind). As I mentioned the current placeholder art and any future art, rigging and animation is something I’m focusing on and I’m looking to get 2D commission help if the prototyping pans out to move into the cards and character art features. However as each part of the prototype unfolds this project could go in many directions. For example I was playing with the idea of scrapping the cards design in favor of exploring a Sherlock Holmes story, with Watson directing a troop of detectives to fight Moriarty’s criminals as the preplaned rail shooter gameplay, and in between turns (of sending out these cops) Holmes and Watson advance through the level exploring clues to unravel the mission’s main objective)

Did you have anything you wanted to know about the project’s ideas specifically? I’m happy to share any ideas.

I’d like to join if there is still some room left.

I can do coding, modelling, texturing, animating, you name it (But I’m much better at coding and texturing).