Ever want a game you could build like blender?
ever play Second-Life? ever think “this could be better but its this way because of money” and why is it so economy based?
How about blender? Blender is awesome, and can help teach(free 3d dynamic “game” space), organize manufacturing(blender Cad+3d printing) , improve medicine(bio-blender) etc. and social networking could be included, In the end I think someone with money will be needed to host a central authority on the development of this new mix of old awesomeness.(Blender+The internet)

So what about Blender as a representation of the internet?

I think that the blender collaboration project is amazing, but a large catalog of player-(non coding)-place-able items, like motor, linear actuator, switch, conductive noodle creation(wires) could bring in anyone for fun and learning and also there is a in game coding system, like LSL but Logic-Node/Python, this would be necessary for coders, with a public access to server, so there could be tiers of access to resources on servers, kind of like google+.

I was thinking of making a indie pay game, but now I am thinking open source, 3d version of the internet could be achieved, by making a simple structure to build on, like this is my server, it has 4 exits, they lead to other servers,I build what I want/deed out space to others so they can build in my space, with X resources. and it will hopefully pay off in food/freedom to slack later somehow

I have been reading about Human+ and ZeitGeist and think that blender could help with 3d printing, social networking, Open Design etc, but massive collaboration is required to make this world(earth) a equitable and sustainable, but also fun world.

This is not a job posting. Moved to Team Projects

Your not a job posting, moved you to people folder

Ok so people, I have stuff made, it is good, you should hop on the team and we will get cracking on making a better game together, or I will keep at it, and it will be a game…

I have a motion controller that is also an animation sequencer
I have AI’s of various flavors
I have designs for levels, enemies, characters, game-play and workflow

I need a texture artist, a writer, a detail oriented low poly mechanical component modeler, a organic armature/ mesh modeler, anyone else who has a lot of talent in a area that is relevant that can convince me that it is… relevant…

So, lets kick asterix and make games… or something like that…

Hmm…you kind of got me with the visual representation of the internet bit.

sounds interesting but i have no idea if this be good or bad.
Ive heard of Second life before but frankly i chose to steer clear of that place for many reasons both obvious and not so obvious.

Added on/off Lights and power node code, now I need to build the other 12 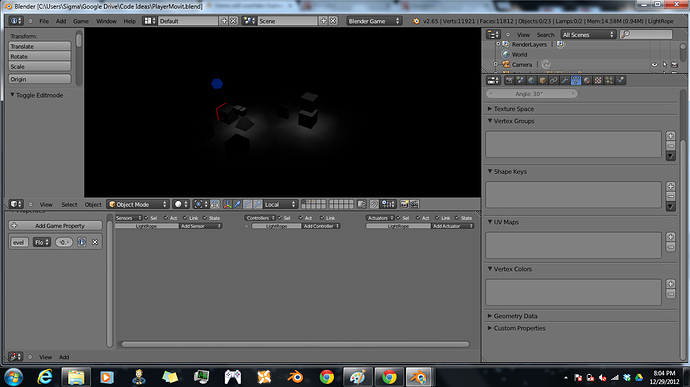 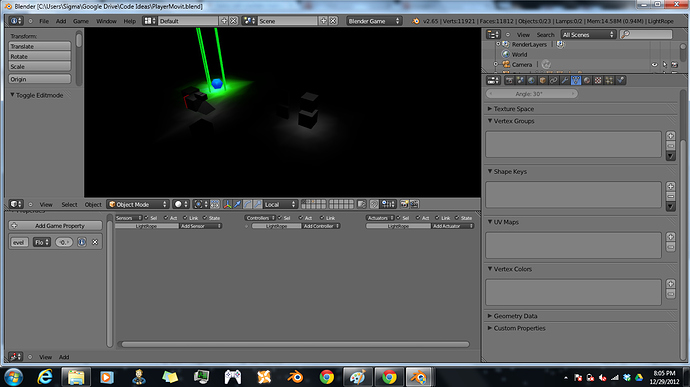 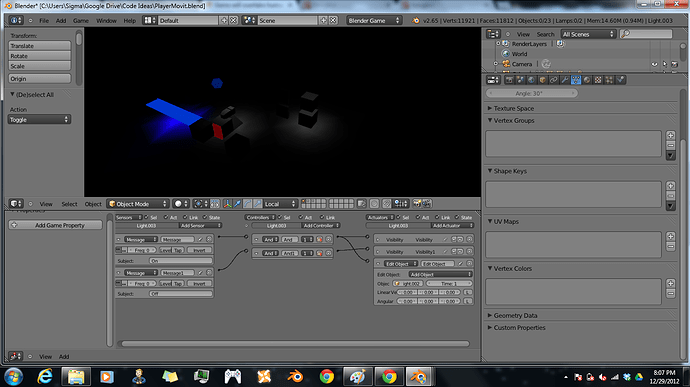 This is also not what the graphics will look like, the player is actually moving based on a numberline march sequence that could animate a movement cycle on anything

I like what I see, but I still don’t understand what you’re doing.

So this a game where the world is generated by a server, based on the current mapping of the web? Do I have that right?

No, severs are blank, when you host it, you fill it with what you want, then eventually the whole world is full of art/business etc…

Ok real time 6dof linkage system for components is working, need to test on a variety of computers,

This is the futuristic plain i made.Here’s the blend.

I like the plane, but you need a little more knowhow, go model as much as you can and try and get good at using as little polygons as possible to make a model, go look up baking down normals, and using re-topo, as your plane has more faces then it needs,

also take a look into texturing

I am not saying I can’t use you, just not yet

how about re-modeling the same bomber from scratch, inside and out, dials and all, USE TUTORIALS/WIKIs
look up how to do low poly modeling, or how to decimate/bake down details,

I am trying to make a good ai system with logic bricks and i will have to learn better modeling a little bit at a time.But i am having a little bit of a problem implementing it.Did you read my post in the game engine support discussion forum?

I think I may have it solved for you

Ok, so now, here is a update, made the health gauge, and a door, a cabinet, and an elevator

I will add a video soon 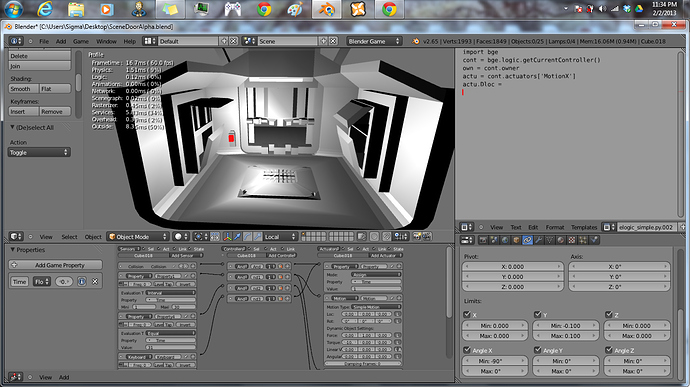