This is a start on my latest. Lighting is just knocked together, most of the work has been in creating and texturing the columns. C&C welcome. The modeling looks good, I would reccommend displacement mapping the bricks on the columns. If you don’t want to do that, maybe you could model all the bricks.

Unless the displacement amount is large you probably should just go with bumpmapping, if you have really small displacement it won’t make much difference from bump/normal mapping.

Modeling the bricks is also an ideal solution if it’s not a curvy figure with hundreds of bricks.

Ironwork on the gate looks great. The bricks are a problem, though. Looks like the same texture was applied to the pavement and to the columns. On the pavement, it looks good. Maybe a bump map to give the joints a little depression. But on the columns, the bricks look like they were laid on edge instead of flat. That because we’re seeing the widest surface of the brick facing out, as if it were a tile applied to some underlying structure, but in a column or a wall the brick is the underlying structure, so the widest surface should be facing up. In walls we should see the narrow edge of the brick, at least, if the bricks have been laid properly.

On the columns, the corners will look a lot better if the joints are modeled in. A bump map won’t get rid of that straight edge where the texture rounds the corner.

I will have to work on the bricks. Currently, the brick columns are created by:

I suppose I could scale down the original cube and add a turn in the array modifier.

Do you thing the edges need more fractalization? Do they still seem to much like bump mapping is doing all of the work?

OBI_Ron, quite honestly I can’t see that you’ve got any displacement on the vertical edges at all. They look straight as an arrow to me. I see some beveling on the concrete column cap, but the bricks look like a brick texture applied to a rectangular prism with sharp, straight, 90 degree corners.

Below is the latest, with a close-up of the brick and a shot of the wireframe.

I am still undecided on:

I intend to put some kind of plant life in the semi circle.

C&C please and thank you 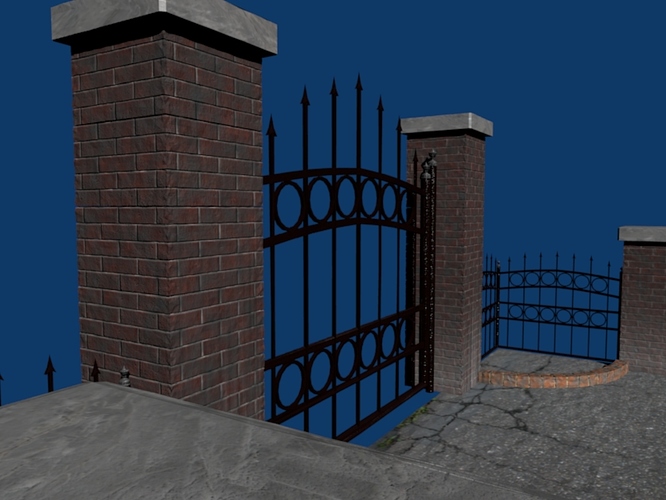 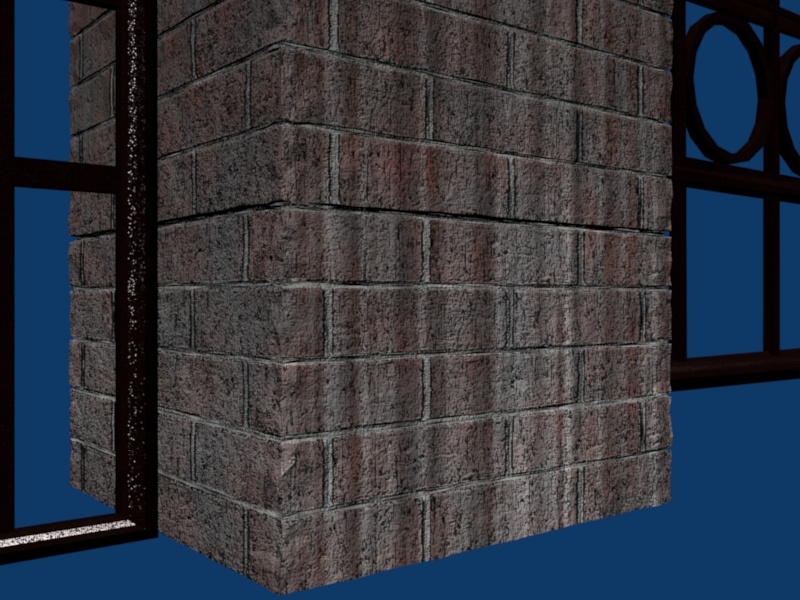 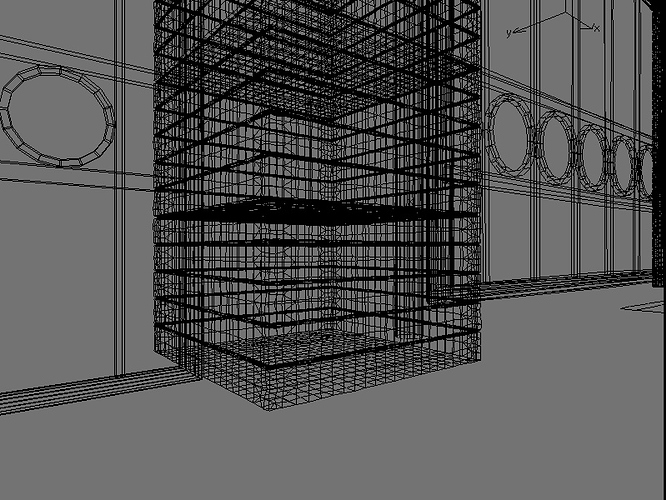 Added some plant life and a lantern. 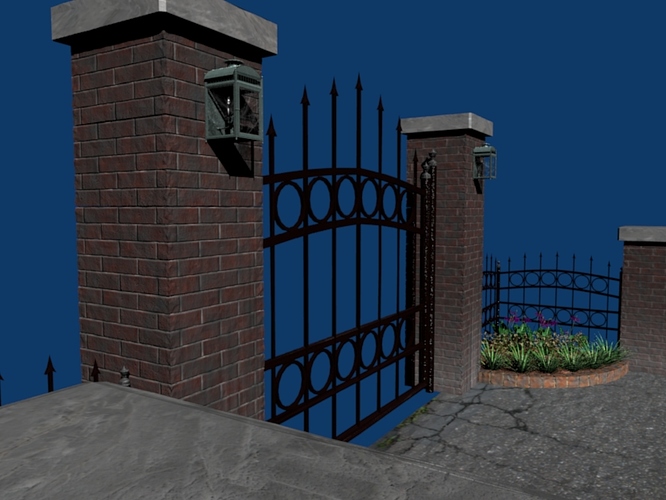 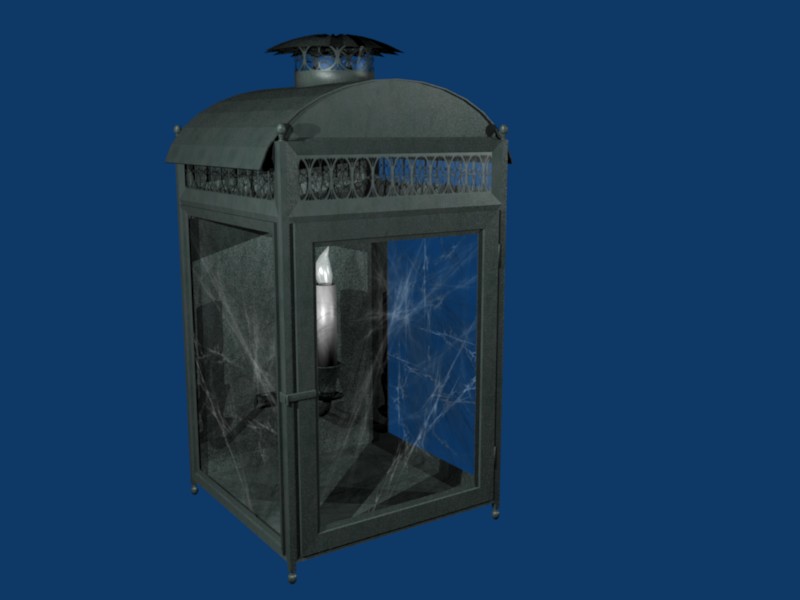 Umm. Lanterns on the inside of a fence? Seems odd.

lanters were placed near entranses to driveways on old houces

its not on the actual fence, but just around the gate

I see. I got oriented when the bricks were there, instead of the asphalt, so I thought I was looking at the inside of the fence and gate. Makes sense to me now.

Here is the latest.

I still have some work to do for the sky, but quite honestly, I have crashed Blender at least 20 times trying to find the right combination that would allow me to render the scene with the trees. The willow trees were created in Arbaro, and as objs are 40 + meg each. I ended up using composite nodes, using alpha over t o break the render up a little. So the sky and any other post pro will have to wait.

Thanks for viewing, I hope to wrap this up soon.