Geo Proximity node output format, getting red wire (to use it to calculate z-scale) v3.01

I’m still very new to Geo Nodes and I’d like to affect a z-scale of a geometry made within GN in relation to its proximity to a driver object. I have already watched about four tutorials on the proximity node and I keep running into the same issue. When I plug the Distance (or Position) output to the inputs of Transform Node, the wire is red. It works plugged into Set Position (to test the issue isn’t elsewhere), but that won’t do the trick. I was testing the nodes on Translating along the Z axis in this example attached below.

Why is the cable red and what is actually the output of the Distance? 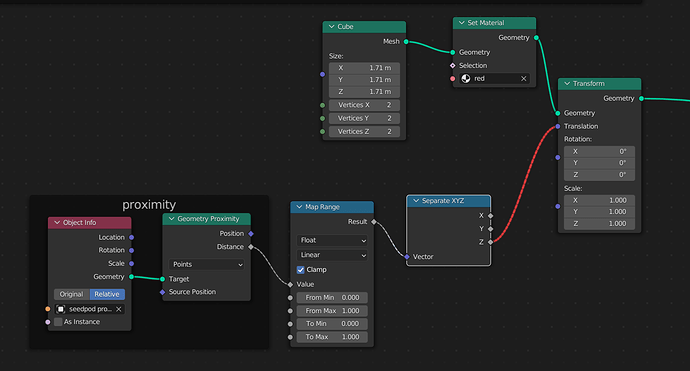 The Translation Input on the Transform Node needs a Vector, not a Float. The output of Distance is a Float. The Separate XYZ splits a Vector into three Floats, so it’s definitely not helping you here. You can get rid of that.

Here’s what’s happening here: Translation needs to know what should happen on all three axes- [x,y,z]. By just sending in Z, you’re sending only a third of the data it needs. You need to convert your Z to a three-axis vector that also has X and Y.

Here, you would get the current position of the object you’re translating. You would separate THAT into XYZ, and then use a Combine XYZ to use the old X and Y and the new Z. That will give you a vector that you can plug into Translation
(that might work, I’m testing it now)

Yeah that works, with this node setup you can change Z-scale based on proximity

hello, I tried this and I found out the problem was actually the location parameters for the instances. When I plug both Location and Geometry from Object Info into the Geo Proximity, the wire is no longer red. But then both the Target and the Source Position are taken from the same object, which I believe is not how it’s intended to be used?

I assume the problem has to do with how the whole tree is built. Because when I create a simple Position node and plug it into the Source Position, the wire turns red again, perhaps because the nodes don’t know which of the two meshes, in the node tree, is the part referred for the Position node? I’m modelling a seed pod of a sunflower. The seeds have two parts/meshes. One, which I call a shell (an oval mesh), and second, which I call a hair. The hair should stretch the closer it is towards the center of the seed pod, where I placed the UV sphere, used here as a Target.

But I can’t figure out, how to feed the Geo Proximity with the correct Location parameters of the instances. So far I either get all the hair instances offset by the same value, or it doesn’t work at all. here few screenshots. I can also upload the project, if needed. It’s driving me a bit crazy, since I assume this should be quite simple, but I have been stuck at it for quite a while. 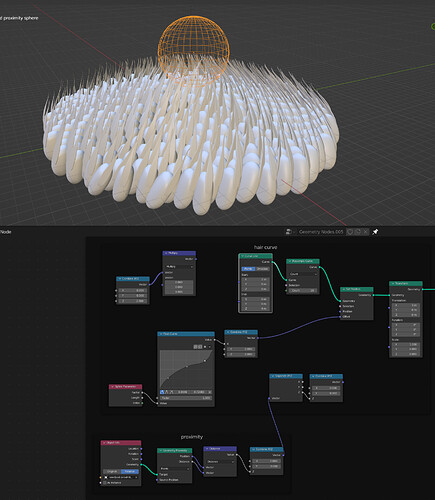 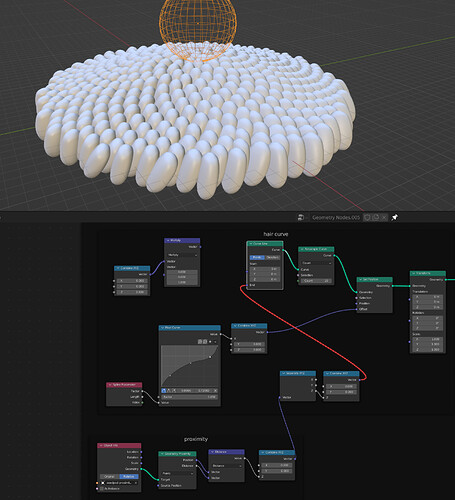 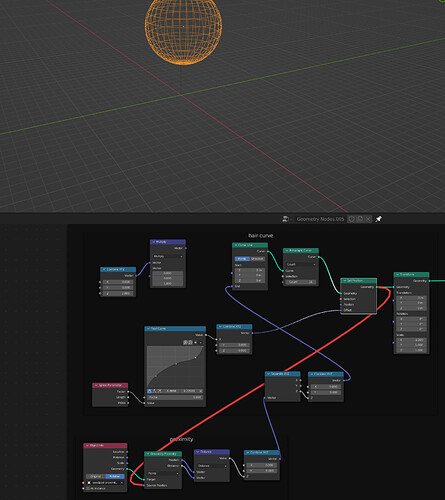 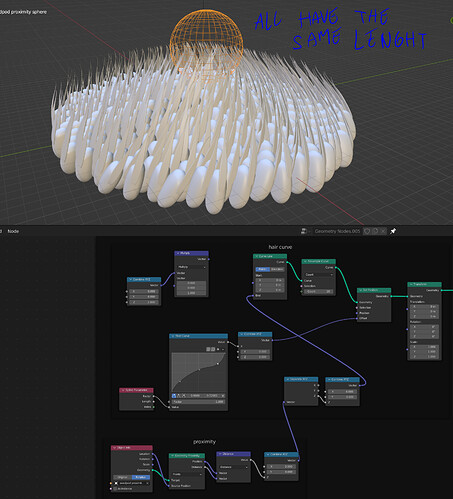 One thing I noticed in both joseph’s answer and many examples online, is that the geometries used are actual meshes created outside of the Geo Nodes setup and brought in with the Object Info node. But I would like to make the mesh that I’m scaling etc, in Geo Nodes if possible.

Ok, this one is for the future travellers, who might end up here. My error was the place where I was plugging this in. I was trying to affect instances, but I was wrongly plugging this to the part of the chain, where I was generating the geometry. A silly noob mistake.