Does anyone know how to remove a point based on an attribute? That would be useful for weeding out the points who’s instances overlap. I think I have an idea on how to do it, but I can’t find a way to remove already placed points.

EDIT: I found point separate. I think that’s what I’m looking for.

Guys, is there a way to blend a mesh to another one with same topology with geonodes? I’m trying to blend few alembic caches on one mesh, with animated blend.

Is there a way to transfer atributes from one geometry to another with same topology within one geonodes network?

How can i separate mesh with mask attribute and get a mesh and not points as with separate point node?

@Romanji Maya allows you to set attribute values by index through the spreadsheet because you can’t do it procedurally (afaik)… how this would fit in a procedural workflow I don’t know, maybe through a node “attribute assign” that would allow you to treat attributes like dictionaries, and with that node selected the spreadsheet would go into write mode ?

Right now I think the spreadsheet represents either the original object or the final nodetree output, so we’d need a more flexible way to inspect other parts of the nodetree than reconnecting the output node, eg via tagging like it was proposed at some point : clicking an “eye icon” in the corner of a node should do it.

Would be great to be able to select faces group or vertex from the mesh in edit mode and drag selection on the material node to apply geometry nodes, better workflow.
For example making some Borderlands game loot box, you want to add random geometry on some selected faces or vertex of the mesh.

Most node-based systems use the properties window to control the properties of the nodes, and the nodes themselves to drive values or give a preview of a texture etc. Blender has the values on the nodes themselves, which I like, but this takes away the ability to preview a texture or debug a value that was driven by another node. We do see a little bit of this, however, in the compositing window, where you get a tiny window that give a preview of a texture. But this is not being used to it’s full potential. Say you had a bunch of math nodes. You want to be able to debug it, to make sure your value is the value you want it to be. You plug the value into a debug node, and it shows you the value. Animation nodes already has such a node, which is so useful, when you get into complex nodetrees. 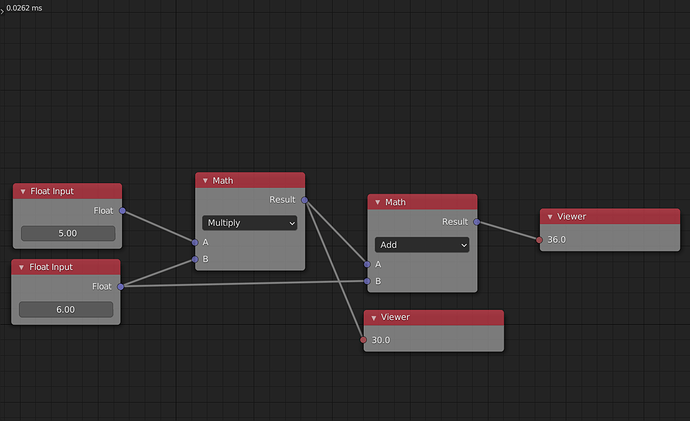 This could easily be implemented into every node editor, with additional debugging features such as:

This would allow you to see things in the middle of your nodetree, and would be an essential feature before adding in a complex thing like loops.

Modern nodes graphics would be cool, but this could be a huge amount of work.

I thought it would be a lot of work too, but in the mean time, it would be easy to at least display a number like the animation nodes viewer node.

Hey guys, I was just wondering if anyone knows when you should use the new attribute remove node? 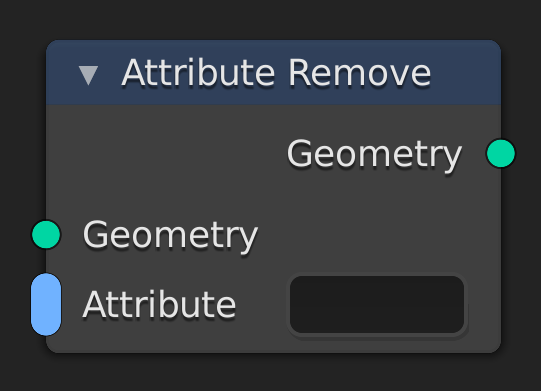 What benefit does removing attributes give? Is it to free up memory?

It removes the attribute data so that it doesn’t pass through the nodes modifier. The original design task is here: https://developer.blender.org/T86457

Any info on weather node wrangler will ever be implemented into geometry nodes? I know GN does not have a viewer, (the main reason people use NW) but I like the lazy connect and mix shortcuts. (could be used to mix attributes or join geometry)

Node Wrangler is being updated: https://developer.blender.org/D9748

So how do loops fit into the UI in Houdini? Do they have like a max iterations, or do they only run when you click an update button, like the way openscad deals with updating the viewport? I imagine that since blender updates automatically, you would want a max iterations viewport and a max iterations render to prevent your computer from exploding if you accidentally make a loop that never meets its condition. Then, if your loop creates nested details, (one of the main features I would use it for) you can set your render max iterations to something higher than your viewport to give it extra detail in the render.

Yes there are the usual arguments you would expect of a loop, but exposed for visual scripting.

Guessing when Geometry Nodes will be able to reach such features ? 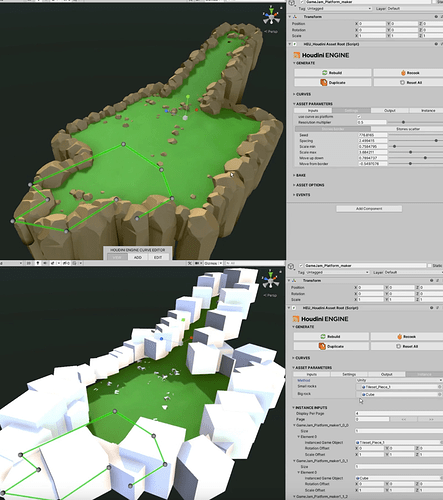 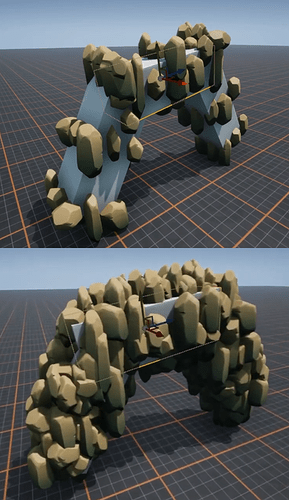 Is it possible yet to replicate ‘Simple Deform’ funtionality in Geometry Nodes yet? I can’t wait to replace it for bending functionality, as it’s really not fit for purpose.
Mostly, I want more power over axis/direction selection without the use of empties or rotating a mesh and counter-rotating the object.

Deforming would be great, although I imagine it might be a long time until we see any type of deforming in geometry nodes. I don’t know though, since deforming is generally used with rigging of some type, (lattice, armature) maybe it would be in rigging nodes? Maybe a node in rigging nodes that references a GN tree? Or the other way around? It’s a little too early to tell…

Geometry nodes is mainly used for instance objects along vertex, that’s too much limited usage.

Lacks also editing faces or vertex, get face center and normal, get edge loop vertex array, apply auto seam and auto UV, apply material to faces and so much more is lacking.

Better use Socar addon for example, or Houdni itself, Geometry nodes is far from ready for other usages.

For its original purpose in scattering objects though, it often punches way above what particles can do.

The only notable things still missing is grid distribution and volume-based scattering.

When it comes to general editing though, there are a number of patches that add things like deleting faces and mirroring (but they may not be in 2.93 due to the feature cutoff).

Yeah, I guess the first priority is to perfect the instance scattering, as that was the point in the beginning. When scattering gets to where it can’t be better, then we start working on mesh editing, loops, deformation, and all those other things that it is missing.