Get model holes to new model

Hello! I’m new in 3d modeling, I use blender for 3d print. So, I have a model with holes. I want 3d print this model. Eye hole (White of the eye) I want print in white plastic separately. How I get model of this holes?
Thanks

You mean like this? select the edges that define the white, duplicate them (shift D) and separate them by selection §. 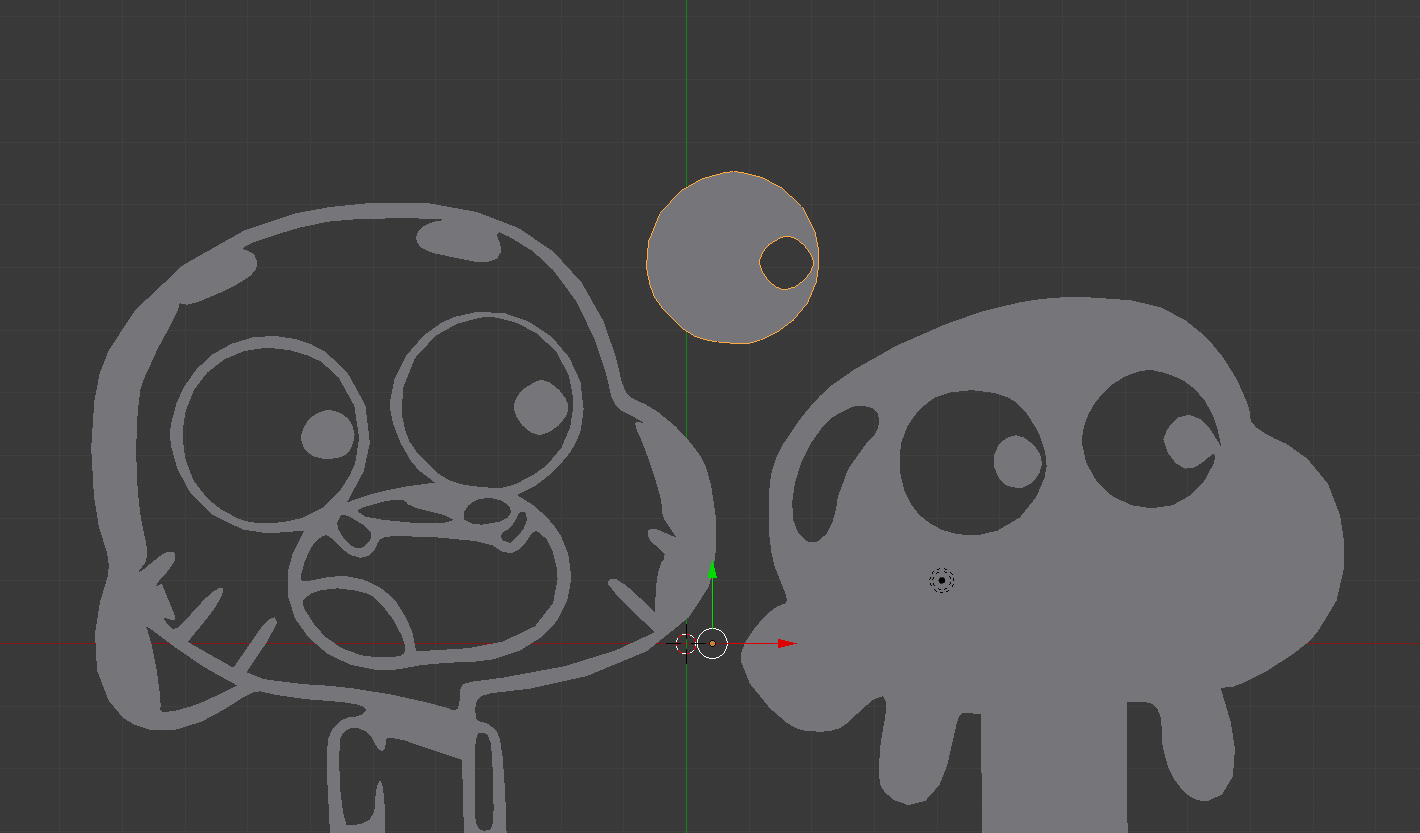 if you separate the eye’s white then it won’t stick to the 3D model
not very practical for a 3D model
need something to hold the white part to the rest of the model !

need something to hold the white part to the rest of the model !

Or is the precision in consumer 3d printers too bad to have it fitting tightly enough? Serious question, don’t know much about 3d printing,

Selections are easier when turning the faces to quads first. Selecting and separating to their own object makes it easier to handle the new objects but could join them back afterwards (ctrl+J).

Normals (face directions) need to be pointing out, which they’re not after filling. Select all, ctrl+N to make normals consistent and pointing out.

The dimensions probably are centimeters because if they were millimeters, it would be a 1mm high and thin walls would be too thin. Might want to print a hollow model to save material and time.

For a hollow model with say 1mm wall thickness, some thin parts are too thin, and might want to print all of them solid and only make it hollow on the thick parts. Multiple ways to do that, but probably easier to just select parts of the top surface, duplicate, inset, and get the extrusion from that. It would be the inner surface for the hollow.

Harder to make all parts hollow and then remove inside surfaces you don’t need, but doable.