Giants of the Earth Scene F-7

I finished the next scene in my film 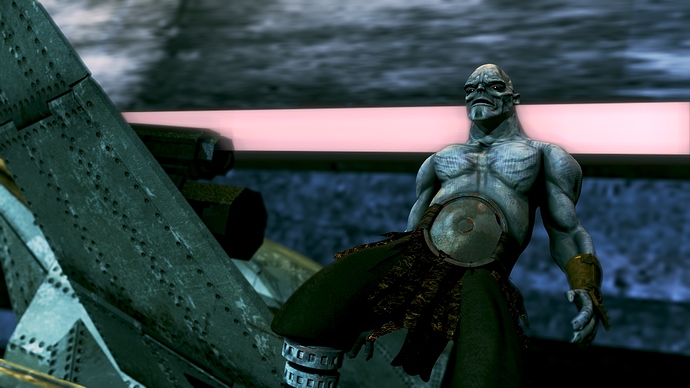 check out the whole set (see my signature)

At the end of Scene F-5, Erebus was given a message that Odin had attacked the eastern wall.

In response, Erebus sent Pan, with a small contingent to defend the eastern wall as a decoy, while he took Lance, Orion, Scales, and a small party to directly attack Aesir, a fortess of Odin (see scene F-6)

In order to spur Lance’s destructive nature, Erebus placed Lance’s mother in a coolant tank filled with freezing water. At the end of scene F-6 the tank had been drained and Lance, Orion, Scales went back to Atlantis

This scene begins with Pan’s battle at the eastern wall, where we meet Tyr, a general of Odengard.

Then we reach Atlantis, where Lance gets his mother out of the coolant tank and learns the history that has haunted him his whole life. We learn why he “has always been a bald albino” (see scene C-1 and C-2), why he was adopted (see scenes D1 and D2), and we learn about his mother.

This scene is a milestone in storytelling. It is basically the end of all relevant backstory. Now the story will move forward, being guided,not led, by what was behind.

BTW-- the coolant tanks, the setting used in the film is on Blendswap

Thanks for the warning, I didn’t want to watch that kind of scene.