GIMP Tutorial: Making Your Own Planet

This is my own tutorial on how to make your own spectacular (and if you get good enough, photorealistic) planets in GIMP for either your digital artwork or Blender scene backdrops.
It’s in PDF format. Download it here.
Note: it has been updated for the latest version of GIMP.
Attached is a planet I made fairly quickly using this method. 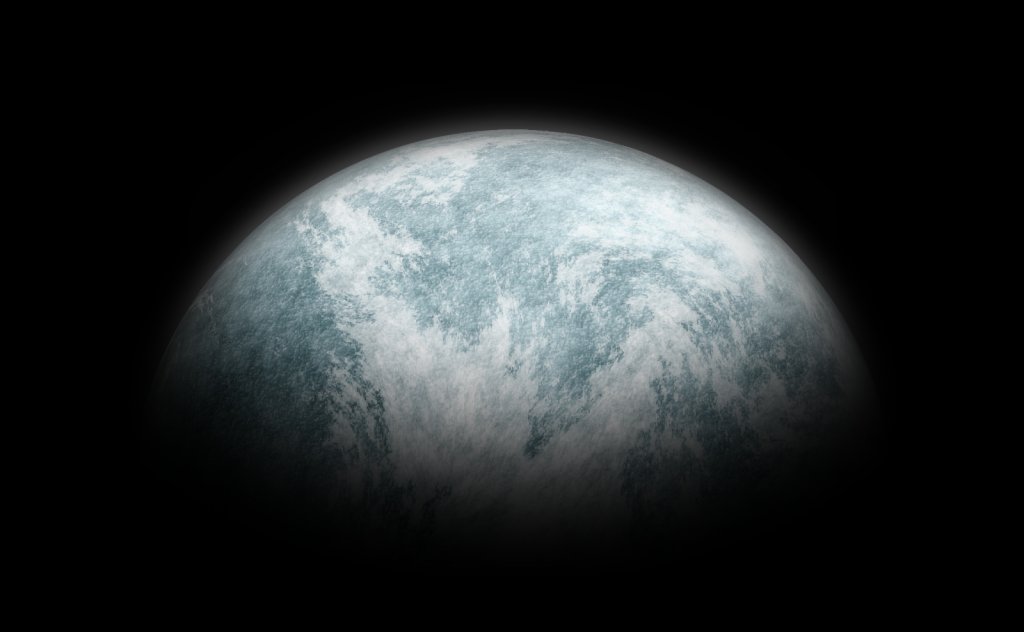 meh, looks good, but the photoshop way still looks better (in my opinion)

Thanks a lot for taking the time to put this together and sharing it with the community. Maybe you should consider submitting this to the gimp.org tutorial section. It may need a little refining, but I think that it could be a welcome addition.

Thanks! I’ll do that. What do you think needs improving? I was thinking it needed more of an introduction.

A bit of an introduction would be nice. Even though it’s fit for a beginner to do, it’s still non-trivial. A short lead in will help bringing some people focus.

The most important thing that I thought of if you’re going to submit this to gimp.org is that there have been changes in Gimp 2.4, and certainly they will want you to reflect that. For instance, the new selection tool(s) is re-sizeable. There won’t be a need to hold shift anymore if you don’t want to. In fact you can toggle it static or dynamic now with a click of the mouse. Also, the ‘Ellipse’ selection tool is launchable by hitting ‘E’ (I don’t know if that’s new or not).

Another thing is that ‘Colors’ is no longer under ‘Layer’; it has it’s own menu now. All of the color functions are under that menu item. (note: The groupings of the menus are much more intuitive than they were.) And that’s just a couple of examples. I’m sure there are a few more, but I haven’t studied the tutorial real closely yet. I’ll dig more deeply into it this weekend.

There are other small things like if you’re going to merge two visible layers that are stacked on top of each other, you could use ‘Merge Down’ instead of switching off layers. Same effect though. Admittedly that’s kind of nit-picky. Maybe only someone like me that’s trying to find stuff will notice or care.

This is a very good tutorial and I think that writing for 2.4 is important. If you’re on Windows and you don’t have it yet (well RC 3 anyway), post #32 here has a link to the build:

I’ll be back to help any way I can.

I’ve got a script to create a planet in Gimp in minutes…It produces very advanced planets and allows you to add suns, stars etc. I can’t remember if its a Photoshop script converted to Gimp or just Gimp…If anyone wants it let me know.

Wow. I didn’t know how much development GIMP had gone through in the past two months (I’m still running 2.2.17). My apologies, I guess I should have checked. I actually was going to put in “or press the E key” for the Ellipse Select thing, but I guess it slipped my mind while I was typing.

I will download the new version and try to update the tutorial over the weekend or when I have some free time. Anything you point out would be appreciated.

@willied: I’m sure the script is cool, but the point of this tutorial is show the reader how to artistically create their own planet/space scene from scratch, and advance their knowledge of GIMP in the process.

Yes I know Blendroid and I do apoligise…I’m just lasy in a way and if I can cut corners I will!! I’m just a typical Scotsman lol

There’s nothing for you to apologize for. Your tutorial is something that many users can grow by, and I think that the tutorial section at gimp.org is a great place to host it. I just want you to be aware of 2.4 and its changes. It’s not that different, but it is different.

By the way, I know what I do about 2.4 because I’ve been working with the development branch for a very long time (with all of it’s many breakages). I’m not an expert, nor a developer. I’m just very familiar with it.

Except the Scottish use a ‘c’. What’s that?

There we go! I have updated it for GIMP 2.4.0 - rc3, added an introduction, and improved the clarity of some parts.

Edit: How would I go about submitting it to gimp.org? I saw the “contact us” link, but I don’t know if that’s how I should submit it.

Very nice indeed! I really like the intro; short and on the mark. Good job on the whole project!

Hmmm… to get it to the Gimp people. Well, there’s a few ways to do it that I can think of. You can sign up for the Gimp user mailing list, which more than one of the Gimp devs frequent. Information on the mailing list can be found here:

If you don’t want a bunch of new e-mail, going through the bugzilla interface and filing an enhancement request is probably the best way. The bugzilla listings are read frequently. All of the info is here:

Good luck with this. I hope it works out.

FishB8 seems to know a whole bunch about the development of Gimp. FishB8, are you reading this?

I would love to have that gimp script for making planets!
Please, email it to [email protected]