how do i make eyes glow like a cats eyes when shined a light on them?

do you know how to use the compositor?

Some what, I under how it works, Just don’t know how to get the effect exact.

The effect is like a greenish with a lil yellow in it. And looks reflective like a sign is when light reflects off it at night.

“What makes a cat’s eyes glow?” Well, they glow when the light shines directly at them. But, in CG terms, what does that mean? It refers to the relative angle between the light-source and … careful now … some (invisible?) plane within the eye which corresponds to the retina.

The orientation of a plane is expressed by its surface normal, which you can get as a compositing node-type. The normal is a vector that points directly “out” from the plane, directly “toward the ‘front.’” And what you are looking for is a function of the differences between that vector and the vector of the camera.

(Ignore this paragraph… see next paragraph.) You can get “the basic illumination of the fake-retina plane” by putting it into some group and defining a group-only light at the position of the lights-of-interest which will “shine directly upon” that retina plane without regard to any troublesome enclosing-objects, such as the eye. You don’t plan to use those illumination values except as inputs. (In fact, you need to take steps to ensure that the light that shines on that retina doesn’t get figured into the actual image output, except as specified by your node network. You don’t want to see that plane, but you do want Blender to figure out how much light is shining upon it by … either the various interesting lights, or, as I suggested, special-for-this-purpose “lights” at the same locations in 3D space.

Or maybe you just decide to simplify, and ignore the entire preceding paragraph on the assumption (probably true) that it won’t make any difference. (If a difference won’t make any obviously-visible difference in the final output, don’t implement it.) A cat’s eyes gather and concentrate light from any direction … and spooky-cat’s eyes glow in the dark even in complete darkness. So, the only math that you have to consider is the angle between the surface-normal and the camera.

One cheap-trick that is sometimes handy in math like this is to define an empty, parented to the retina-plane, which always points (via a constraint) directly at the camera. This gives you an easy vector to compare to that of the retina-plane because it’s pointing the same way.

This usually winds up as “a little subroutine, or macro” in your node-network (borrowing the computer programming term), which is set up as a “group,” so that you can define it once and use it in many places. It basically calculates, as its output, the desired intensity of the glow (in the range 0.0 … 1.0, say), and you use this to modify the intensity of the glow-effect on the desired object.

The sphere of a cat’s eye will of course reflect some amount of light because, like all eyes, it is wet. But when it starts glowing at you, well, that’s the time to get out that second little can of cat-food.

(Or at least, that’s what my cat is always rubbing against my leg, trying to convince me, usually with success.)

Dude, You are amazing. But infact Im not using it for a cat, it’s for a paranormal activity movie. But another resource of mine said this and I quote “If you want it to respond only when light is directly on it, give the pupil a mirror, and Wardiso spec, with 0.0001 for the hardness and 1.0 for intensity” And I’m sorry if you said this in your awesome paragraph. Which by the way was very helpfull in deed. But would this give me a good effect? Cause I have noticed that there is like two types of color in the eye when light hits it from and angle. So I want to combine this and a kind of glare effect. So can you tell me about the glare effect? Like a sun flare or whatever it is.

I really haven’t encountered the trick that your friend is referring to, so I quite honestly cannot comment on it at all.

Being a computer programmer by trade, I find myself thinking like one … which basically means breaking down any problem into its component parts and figuring out some way to program a digital computer to do the right thing … whatever “the right thing” might happen to be. Therefore, when you tell me “there are two types of color in the eye when the light hits it at an angle,” my response is exactly as before: I want to turn it into an if-statement.

“The final image that you see,” from the point-of-view of the computer, is, more or less, “the output of a computer program.” And by “a computer program,” in this case I really don’t mean “Blender, itself,” but rather, the output of the instructions that you gave to Blender in the form of various node-networks. (It could be more complicated yet than that … if you’re compositing, then “the final image” is the product of combining two or more intermediate results, each one of which was produced in some similar way, ad infinitum.)

Nevertheless… the way that I try to think of it (and, mind you, who-the-hell says that what I am doing is right, or that my crazy ways should be imitated by any other fool?) is: to break down the problem into its individual components (e.g. “(1) the color when the light isn’t hitting it, and (2) the color when it is”), and then to devise a rule for the computer to blend the components together, based on some set of parameters (e.g. angle of some plane vs. angle of camera) that I figure that I can actually get my hands on. I also want the final result to be adjustable, as many times as I may care to adjust it, without re-rendering.

For me, it is very definitely a matter of successive refinement. I never try to get everything to come together “in one grand-poohbah render.” Quite the opposite. There might be dozens of digital pieces all scattered about on the floor of my hard-drive waiting for some final composite to bring them all together. If your friend made his observation and I decided that it really would make a human-noticeable difference in the final result, I would consider how I could incorporate that finding into the final-output while re-rendering as little (if anything) as possible.

I’d try to say: “okay, this is great, and I am totally satisfied with it now except for my friend’s suggestion. Therefore, how can I incorporate my friend’s suggestion into this workflow while re-rendering little, or better yet, nothing at all? Furthermore, if I decide to discard my friend’s suggestion, how can I get right back to where I am now without having to re-do anything?” I’d like to get a “before” picture and an “after” picture so that I can easily and painlessly decide whether to keep it or to dump it.

I found quick and easy workaround for this. Set your Iris to be a hole with glass material (like a lens - see proper eye anatomy), then make inside of your eye an emission driven by layer weight. Now every time your character looks at camera it’s iris will glow in a believable way. Hope this helps somebody. Cheers 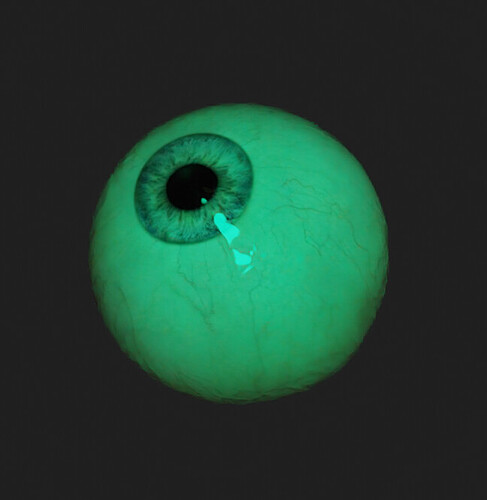 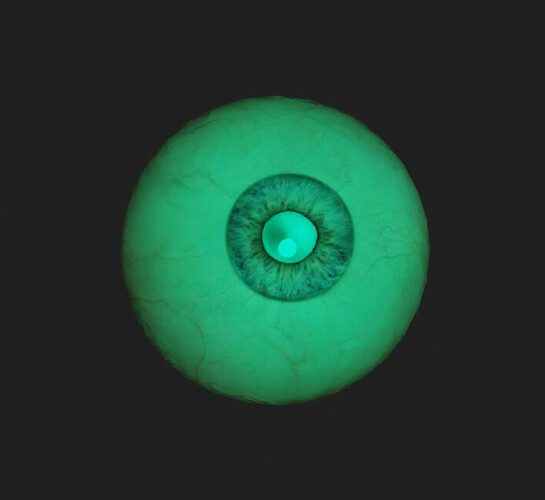 You can simulate this using volumetric scatter

Been playing with the volumetric scatter node (especially the anisotropic setting) over the past few hours and came up with an interesting application. Cats eyes. If you set the anisotropic setting negative (say -1) - it backscatters the light back in the direction of the light source - just like a retro reflector does. I’m currently rendering an animation to show the effect better. I created a sphere with a glass node in the surface slot and a volumetric scatter node in the volume slot - se…

Ok, a little update. I found a way to simulate it realisticly so it acts like a real world cat eye. All you have to do is change emission material of eye’s inside to retroreflective material. That way, everytime an eye looks directly at light source it will glow. 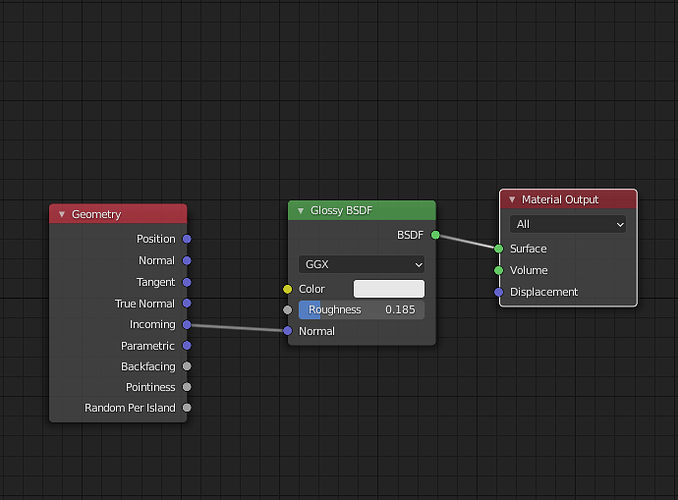 Mirror inside of an eye 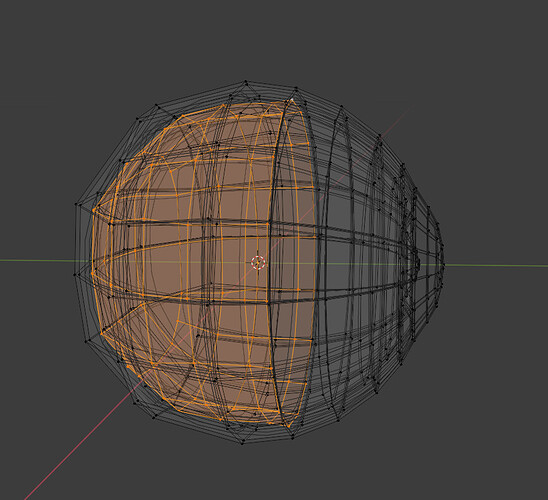