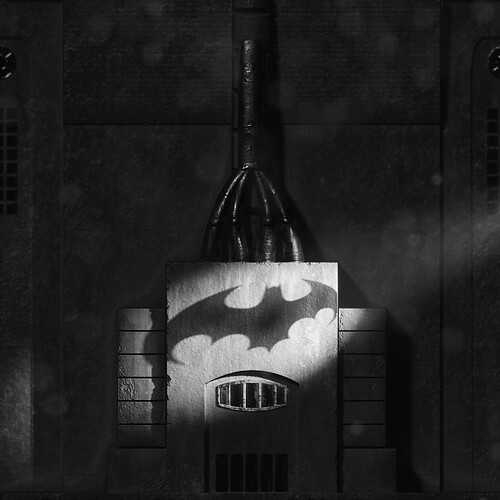 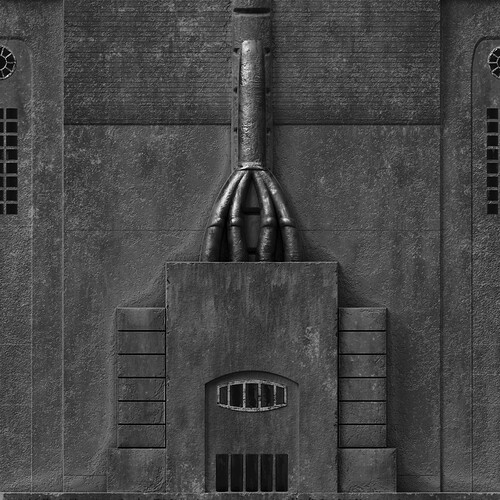 With this prompt, I can go back to one of my passions: black and white. I have recreated a building that appears in Tim Burton’s Gotham using Substance Designer, and then I’ve setup a scene and animation with Blender. 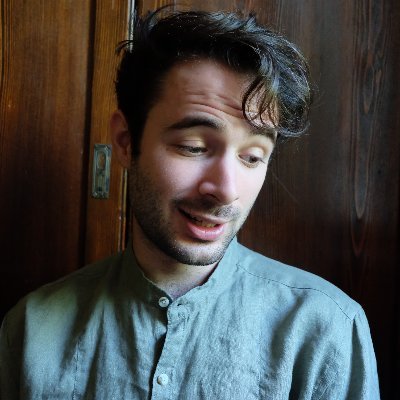 @scopelmatt
With this prompt, I went back to one of my passions: black and white. The first render is a realistic, flat material showcase using Blender’s Cycles. The second render is an over the top Batman-esque render using Blender’s Eevee. https://t.co/o0LvWMXv2F

I’ve also created an animation using Eevee, as I think this scene was too cool to go unused. Nothing special, but I had fun creating a simple, Gotham-esque glimpse.
The falling snow is inspired by Wes Anderson’s The French Dispatch.
The music is Gothamlicious by Kevin MacLeod. 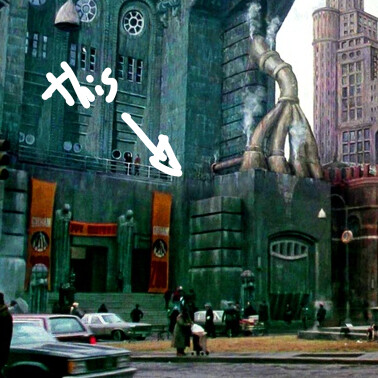 Here is the picture that I have used as a reference. I have changed the proportions of the building to make it fit a single square texture (ideally it would be done using multiple textures, of course, but hey!).

I want to stress two points. First, how much fun it is to create facades using Substance Designer. It’s really what I love the most creating, and I think I’ll focus on it for a while after Nodevember, as it’s just too cool and fun.

Second, speaking of Blender, Cycles with Blender 3.0 has become a lightning, but I’m still amazed by Eevee’s render times. Each frame of that video was rendered at a resolution of 1920x1920 at about 4 seconds per frame. Not bad at all for my modest RTX 2060.

It is quite cool but what does it have to do with NODEvember …what did you create USING NODES?

Of course. Sorry, I should have been clearer. The texture set that constitutes the building is procedurally built using Substance Designer, which is a node-based software. Here is the node tree: 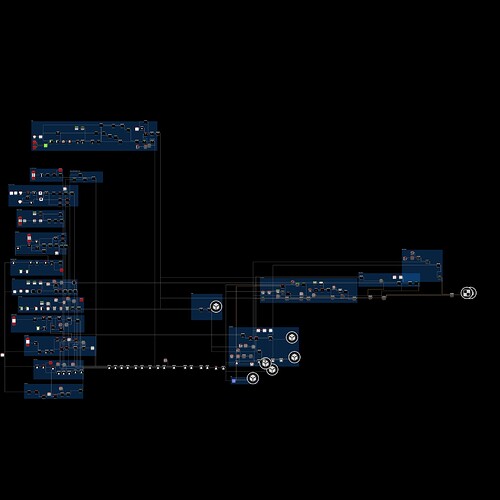 I have then imported the texture set in Blender to create two renders, one using Cycles to showcase the texture and one using Eevee, to create a Gothamesque animation with volumetrics and cool lighting.