After over two years of development we (my friend and me) want to show our projekt here on BlenderArtists. There’s already a thread in the german Blend.polis forum, but as I’m visiting this forum nearly every day, I decided to open a new thread here. Now to the project:

I want to use this thread for showing the progess on the project and would be happy if you would give useful critisism, suggestions, comments or ask questions.

I know that this description is a bit short for such a project, but I don’t really know what you want to know, so just ask, if you are interested.

Great start,the soundtrack is very good and the animations are very smooth, I think you should reduce the sound of the grass also the house look pretty small.
It looks splendid great job,keep it up.

The tree should start on fire when you run through it with the torch out :p. (joking). Seriously though, this looks fantastic, you’ve got a lot of work into it already. I’m glad you decided to share it with us, it will be fun to watch your progress!

The houses are so small because the village should look small in comparision to the rest of the world. Secondly, the inside of the houses is not as important as the outside, except of dungeons, of course.

Btw.: The link to the music pages are in the video description. CC and people who use it are awesome!

Being a huge Fan of Gothic, this Project catches my Interest – definitely something to follow. (Greetings from Austria.)
The Roots of Inspiration are clearly visible (in a good Way, as I think).

On the technical Side, it really looks fleshed out, as you seem to have a well working HUD with Inventory, Trading-System, Dialogue, Quest-Log (looking at earlier Videos)… ô my Gosh, on the technical Side you really have quite something already! That is just beatiful! : D

On the graphical Side: Technically you seem to be using the Engine very well – artistically it still is quite a mixed Bag though: Like some of the Flora looks great, some else rather, well, unpolished, and that Contrast applies to a Lot of Things in the Video.
(Maybe you use Textures or even whole Models etc. from different Sources and thus get such diversive Elements? (I personally prefer to always use my own Stuff as much as I can – it keeps the Style (and Personality).))

Hello rolle!
First, I want to congratulate you and your friend for this,great work and (as it seems) enormous endeavours.
What catches my eye in your work is the big world, well designed and with good atmosphere. Very good (as it seems) programming. I see you developed your own lod system,day/night cycle, and good working interface with working inventory which is a great achievement by it self.
However I have I few comments:
If you want my honest opinion about graphics - rework it all. World design is very good as is atmosphere, but…you need to learn more about modelling 3d assets. It is as hard as programming and it takes exactly as much time…for instance, I put around a week for modelling and texturing just one house type. It takes me almost twice as much for modelling and texturing and animating npc or a mob.
So don’t push things…take you time and make it right and use good references. 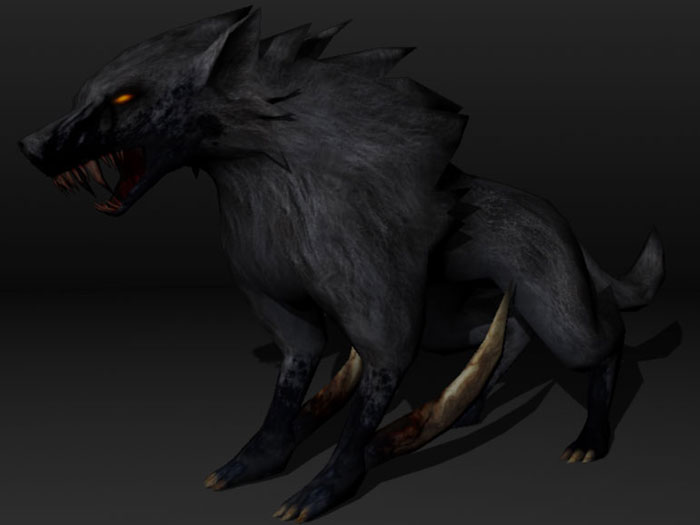 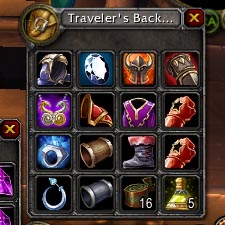 You protagonist is what players will look at most of the time. Use more polygons lets say 5000 for it…make it look beautiful: 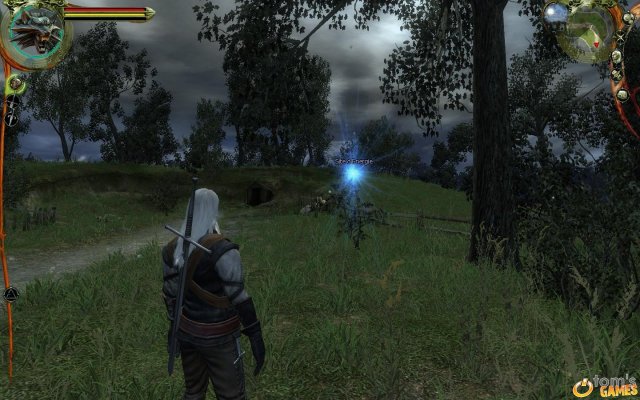 And work more on his animations,make them smooth and flawless.Don’t rush things. Main character modelling and animations…may take you a while until its done.
To explain it better…I don’t even start to work yet on my character. I made him for like 1 day and its far from what I want him to be.

Last thing…increase you objects lod distance, when it is day and decrease it when it is night, no need to spawn objects far from 7-10 meters from your character at night. Make the objects to fade in/out…when they appears/disappears for smoother lod transition.

Don’t get me wrong…I see you already put great efforts in this game, I encourage you to put a little more and make it shine!
Keep it up.

Thank you very much for the things you mentioned. Yes, especially the artisic work needs much improvement. The models are all done by myself, but some of them are over two years old. Remodelling them will definitely be necessary. It’s the same with the code: Some parts I had to recode very often, because of the persistent learning progress. It seems like I’m a bit more a programmer than an artist, but there’s nothing wich cannot be learned.

btw: I’m a big fan of your project, haidme, so I’m really happy that you help me with your experiences.

So, here is now a video I made today to show a more recent version of the game:

It has some new textures, sounds, the shadow follows the day-night-cycle and another enemy type.
Further, blocking with a shield is now possible in combination with a sword and the church is now replaced with a outdoor place for worship (I don’t know a better description.

Oh my god! That is stunning! Simply stunning! One thing I’d work on though is your main character. At the moment he’s a bit bland but he’s the hero! The player will look at him the entire game so he should be interesting looking, you know? Not trying to be mean just my thought. It looks awesome though!

It has some new textures, sounds, the shadow follows the day-night-cycle and another enemy type.
Further, blocking with a shield is now possible in combination with a sword and the church is now replaced with a outdoor place for worship (I don’t know a better description.

I think the word your looking for is shrine. maybe temple but im sure its shrine. Good progress.

Wow, never in my life will I see something like this.
I was stunned, It looks awesome, I mean the graphics are not the best but the User-Interface (UI or GUI) makes it look awesome,
You might need a little work on the houses but I was truly amazed.

It looks awesome keep this up

I really like it.
I think the details and poly count are just right for a blender game. I’m excited to see where this goes.