So for example a triangulation modifier, in my workflow i never want the triangulation to be sent to zbrush but i like to have it on my models for exporting and other reasons.
With a subdiv modifier it is the same for me, i dont want it to be applied and sent to zbrush since i can do the subdivision there and zbrush can only send the lowest resolution back and if it applies i get my lowest model replaced when reimporting it in blender.
And i was going through some others like the skin or some of the deform modifiers which i would like to send to zbrush.

So it looks like some way of defining for each modifier weather it should be sent over or not would be the proper thing to do and will allow everybody to configure the modifiers as needed. 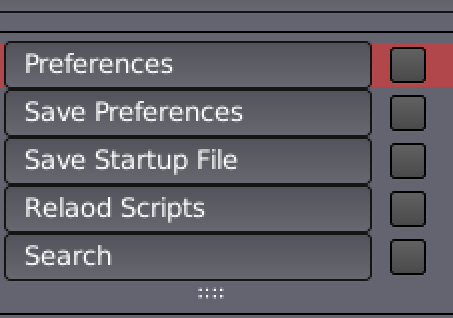 What do you think about this? Do you see any issues or missing things with this concept? Or do you have a better proposal?
Would be great to get your feedback/input

Sounds good to me. Would it also be possible to do things like auto-replacing the Solidify modifier with Dynamic Thickness in ZBrush and vice versa, or are the APIs too limited for that?

Hm i would need to look into this but its a nice idea.
What might be possible is to send the parameters of solidify or subdiv over to zbruch and add those, sending it back to blender hoever migjt cause issues if its applied when exporting.

Hey everyone! I´m not sure if this is just a newbie question, but I´m getting some kind of weird issue every time I use GoB from Zbrush to Blender: it changes the size and position of the objects.
However If I go first from Blender to Zbrush, and then send it back to Blender it is working nicely.
I hope there is something that can be done. Thank you very much guys!

Hi, this is a known issue and i tried to consistently reproduce it, however i was so far not able to do that.
It would be very useful if you can describe the exact steps to get this issue. 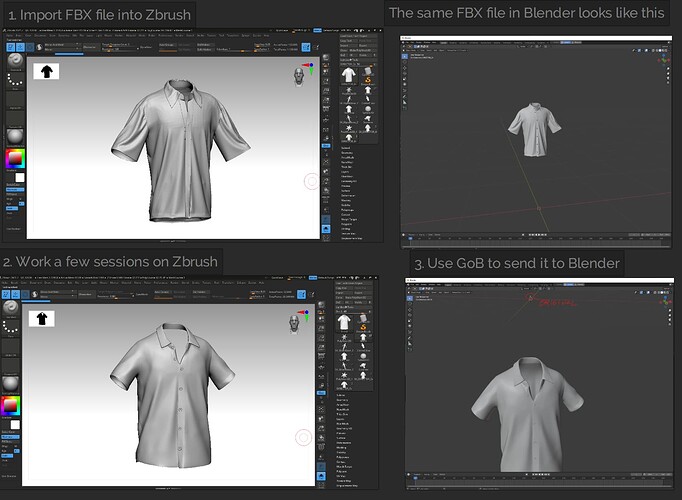 Can you provide such a fbx example file and the blender fbx import options you use?