After looking through a number of others and seeing feedback they were getting, thought I’d do my own little “sketchbook”. A number of my pieces I’ve posted elsewhere, so I won’t post all of those here (though I might put one or two) but will use this for newer works. 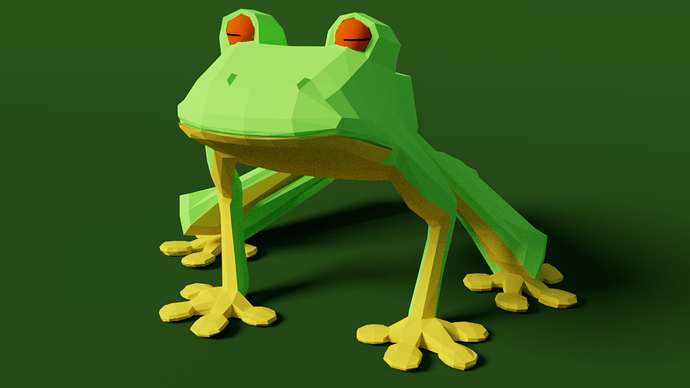 This one was something I created last night, then added a bit more interest today and rerendered and was inspired by going through VickyM72’s sketchbook.

These are a few of my favorites from my 30 day sculpting challenge. One is the dragon with the extended work fixing his feet and adding the chest detail. One is the fairy. The other is an elephant. 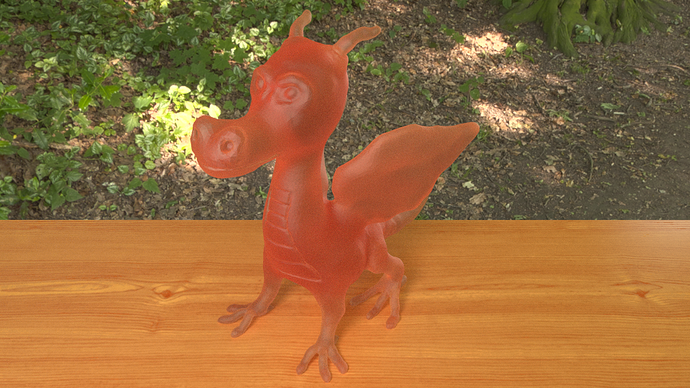 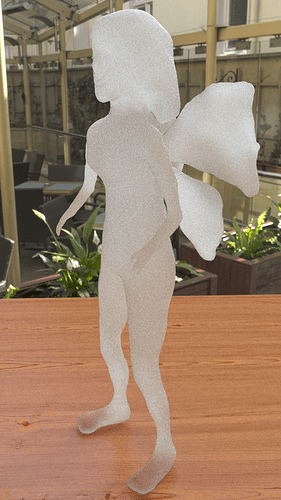 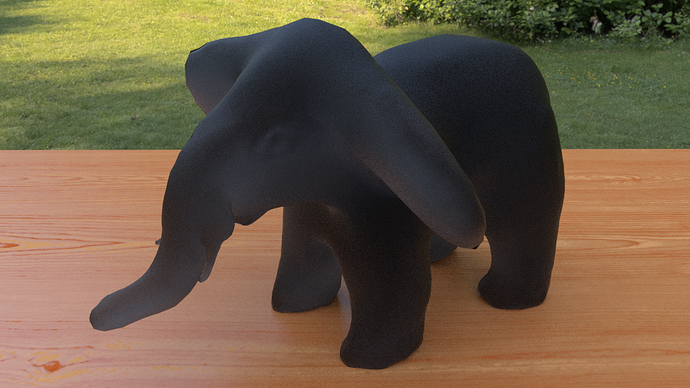 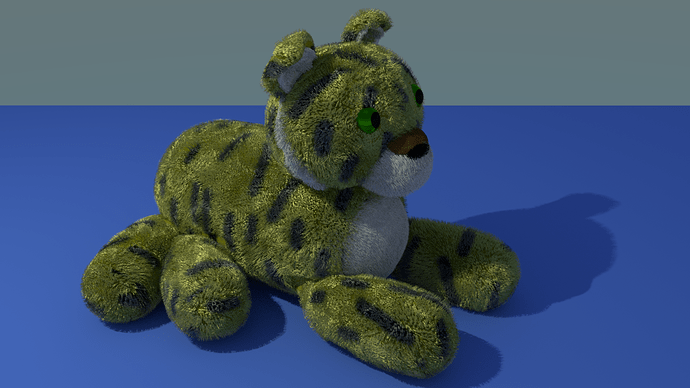 After watching the plush teddy tutorial earlier this year, one of the projects I tried was this one of my stuff tiger I’ve had since I was a young lad. 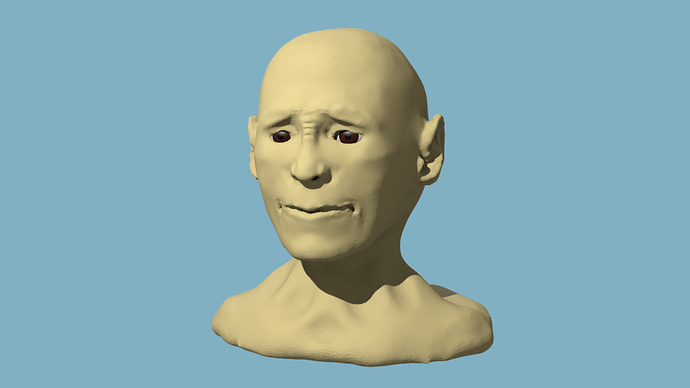 The face came out nothing like my reference. But it is based on a ST:DS9 character. 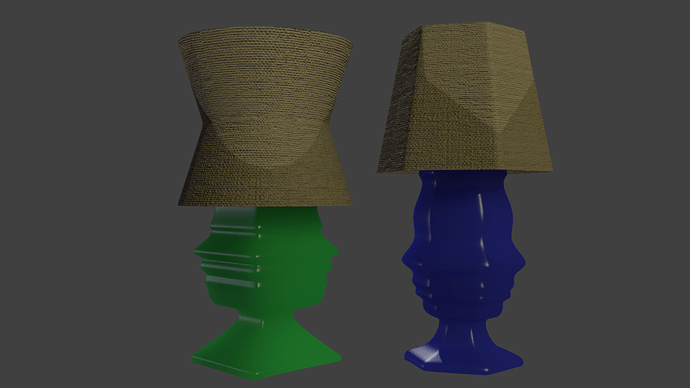 Two lamps I created when I was working on a scene last year. I used the one on the left, though I like both of them. Check out the profiles of the lamps 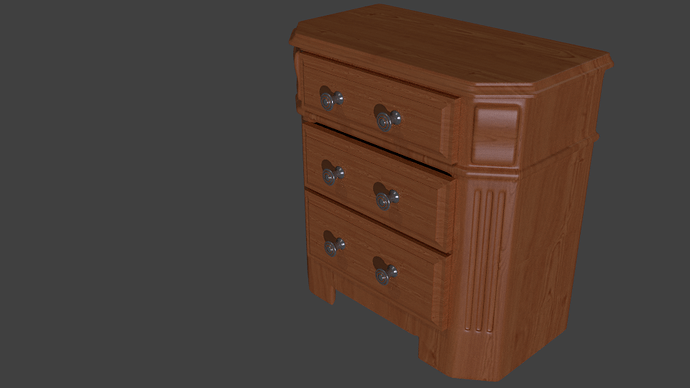 The night stand from the same scene as the lamp. I still need to add in some details near the bottom to make the model complete, but as it wasn’t going to be in the picture, I didn’t worry about it at the time. 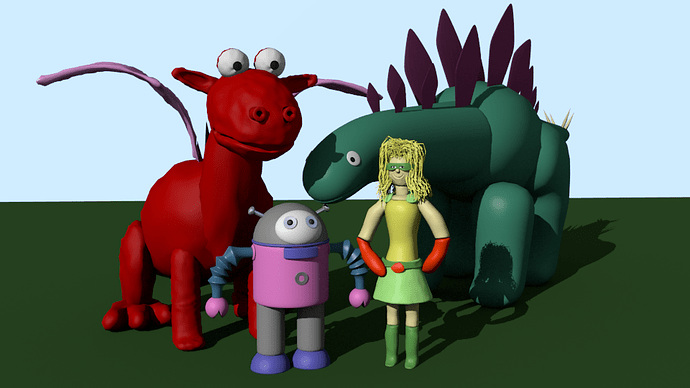 Just a few of the “clay” models I did earlier this year from a modeling clay book. “Modeling clay” style is just like “roughing” characters using basic primitives. It’s a great primer for anyone wanting to do character modeling because you’re just using basic shapes. In fact, the profile pic I’m currently using was also done in this style around the same time (and, for a clay model, is a pretty good likeness of me, if I say so myself). 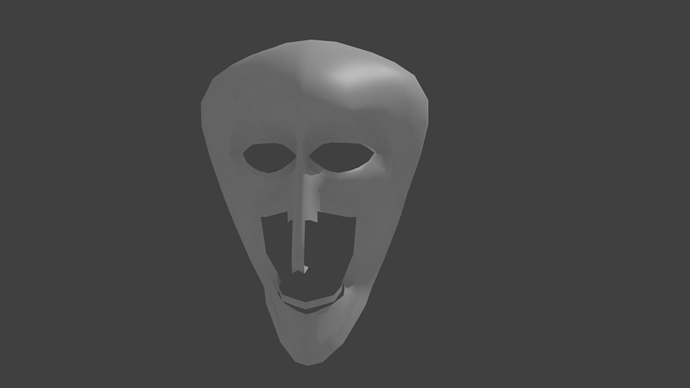 Still a work in progress, this is a mesh I’m working on that is based on my first attempt at doing a character “turn around” drawing sketch just for this purpose. You’ll probably see this one again later on…

Well, while I have a lot more, that’s all for now! 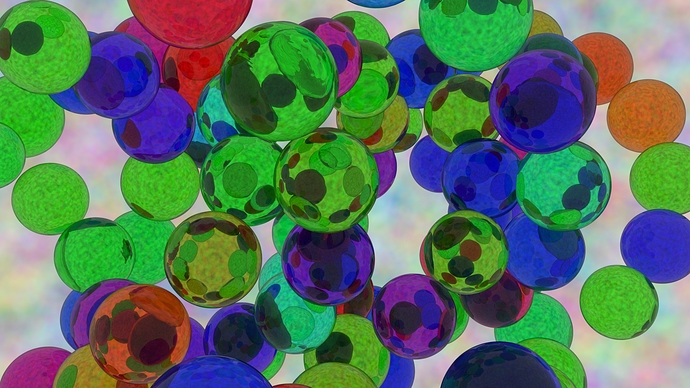 Created this with a couple of array modifiers influenced by a pair of empties. After applying the arrays and separating by loose parts, I was able to get them to take on random colors.

Thanks! Would you believe that the bulk of that was created in under an hour? I spent a couple on it, refining and adding in some details, but the initial sculpt I spent no more than an hour on. It was part of a 30 day challenge to spend 15 to 30 minutes sculpting something new each day. That particular day, I was watching TV as I worked and wasn’t paying attention to the time, so I overshot my time zone a little. He’s one of my favorites, and is my “go to” for testing materials. I haven’t yet, but I plan to retopologize him into a cleaner mesh. 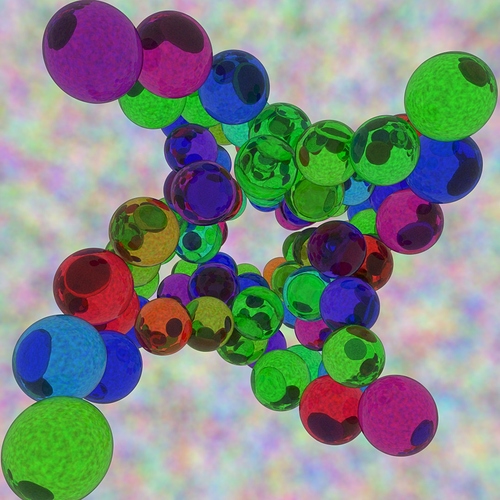 This is a variation on the one I shared yesterday. Same modeling, just a different angle.

Odo is not done right: he is smiling.

Do you have a color profile for your OS and monitor? Also they are somewhat washed out, and that can be corrected in Blender itself or with GIMP. The renders you have using the backyard HDRi don’t seem color corrected 100%. 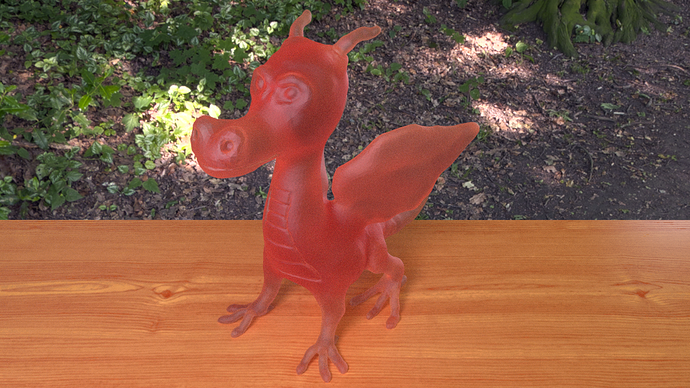 I was thinking of making a tutorial about this and might use your dragon render. Do you mind?

Never been able to get the screen more balanced, so my lighting is probably way off a lot of the time.

If I’m working on something I plan to print, I try to hook up to my TV to see it through there which, while not calibrated, usually gives me better results overall.

Often, when I see my images on my phone or other places, they seem more muted, if anything.

The image of the dragon was just a quick set up to show off the sculpt, so I really didn’t spend a lot of time on it, so that could be a part of it as well. 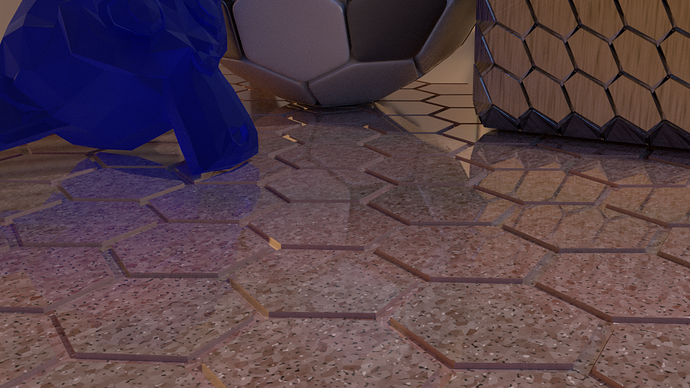 I was trying out a hex tiling effect that I came across on a tutorial I found looking through someone’s sketchbook or materials collection, or something like that. At first, I was getting results like on the cube to the right where the hexagon “leaned”. In messing around with what became the soccer ball, I discovered that I needed an equilateral triangle to get the look I was going for. This was a “Manual” version of creating the equilateral triangles, though I figured out just a few minutes ago an easier way of doing it.

The marble texture is one I created from references I took of marble counters and slabs at the restaurant where I work and was created using techniques I learned in the Shader Forge tutorial series on CG Cookie.

Another abstract piece, this time after looking at VickyM72’s tutorial on deviantART. Not the results of the tutorial, but taking what I learned and applying it to a new project.

Nice to see my tutorial going to good use! Keep it up, and thanks for the mention! 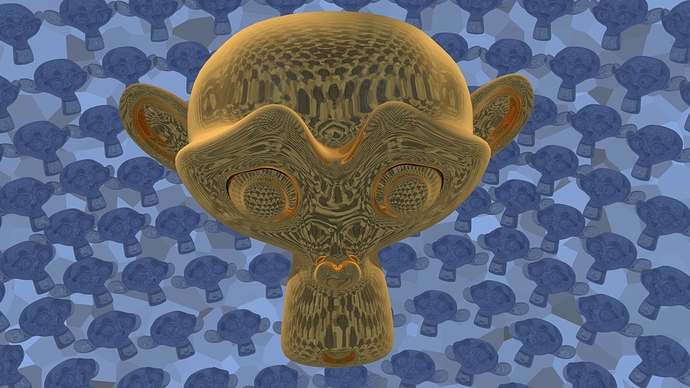 Just an experiment I did last night in using an icosphere to duplicate Suzanne and working with complimentary colors. 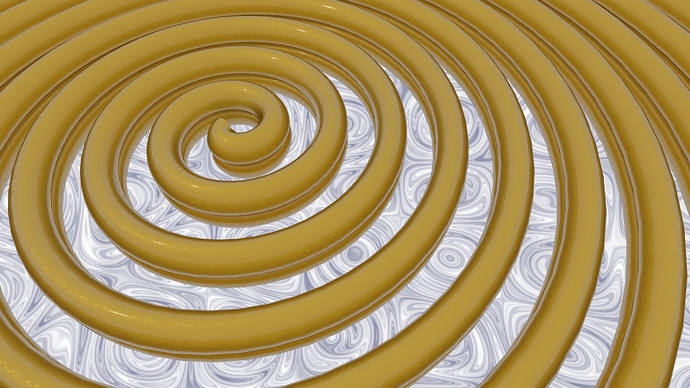 This was a simple spiral curve with a figure 8 bezel with a yellow version of the carpaint texture from the Blender Cookie Shader Forge tutorial. Background is a “magic” texture factoring on a color mix shader.

I went with an “off center” approach on this one, putting the center of the spiral on where the top horizon third and left vertical third meet.

Good stuff, Grady. One of these days all these examples and sketchbooks are going to twist my arm just far enough for me to submit!

Thanks, xraygunner. And why not start one yourself?

Maybe it will encourage and inspire someone else on what they can do. I’ll try not to clutter up my sketchbook with too many items from a WIP, but I will show a few things. This is the first look at a new project I’m working on. It’s a Star Wars fan art project. I’ve started a post in the WIP section for those who want to see more of the progression on that one, so make constructive comments there. This was actually from an hour or so ago… I’ve done a bit more work on him since, mainly trying to clean up the shrink wrap and form the “cloak” better. I’ve also started to add a belt, though that’s not finished yet. A bit more work on this one before moving off to other pieces.

Thanks, xraygunner. And why not start one yourself?

Maybe it will encourage and inspire someone else on what they can do.

And you have… and I will!! Unfortunately at the moment I’ve got a couple of LONG overdue projects that I’m determined to get finished before I delve into more digital art. So, once those are done I’ll post them up and any eventual digi stuff that comes along after. You heard it here first! Lol!

I really like your abstract pieces. Also that Tiger plush is awesome! He would look amazing in a scene on a kids bed, or on a shelf somewhere!