Hey everybody, I apologize if this question is in the wrong section.

My friend and I are trying to create graphics for a phone game. This is kind of new territory for us so we’re learning as we go. One thing we want to try to do is make sure there isn’t any slow down or lag on the game. For demos sake, this is a model we want to test. 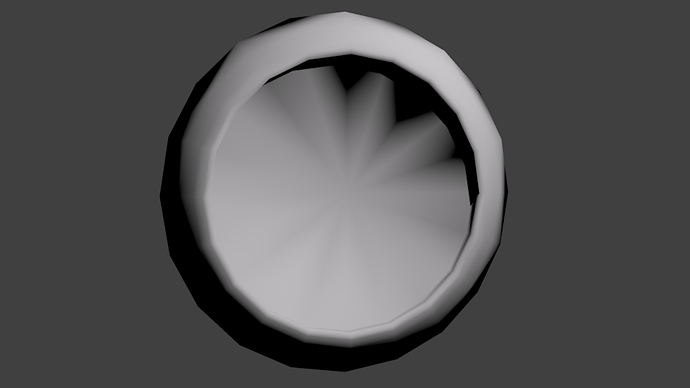 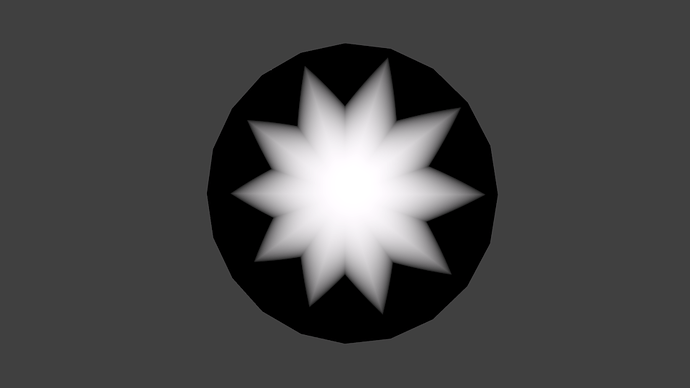 I apologize for the ugliness, but I want this to illustrate my point.

With the lighting being what it was, the shadows on this particular model look, rough… especially the triangle-like lines in the meshes middle (front) and the weird triangle lighting pattern on the back. It also looks kind of rough on the outside. as well. It has only 1 subsurf on a circle model with only 10 sides originally. This may be oversimplifying the geometry, but I want to keep the faces down as there can be up to 25 of these on a screen at any given time.

If this is the geometry we would be limited to on a phone. Is there any way we can smooth this out, or is there just not enough vertices to do so? Would it just be a trick of maybe good texturing or lighting? Or is this just way too simple a mesh to make look good at the amount of vertices it has? I confess, I’m not sure what a phone can handle in those regards (if anyone has any sources they can provide for learning this stuff, I’d greatly appreciate it).

Note: the back looks exceptionally bad, but I did try to both recalculate normals, and flip normals at one point… hopefully that didn’t make contribute to the ugliness.

You should post the blend (attach it or upload it on http://www.pasteall.org/blend/ and copy/paste the link here) that correspond to the screenshot you show with this specific lighting, because it’s hard to tell you anything on the exact source of the problem as could be a lot of thing : ngons that you subsurfed (they’re usually end nasty if there’s no support edge around), some non planar quads that is badly shaded , inverted normals on some part of the model etc…

I have no idea what kind of polycount support you have on mobile devices, but subsurf can increase quickly the polycount of an object, so if you want to keep everything low poly pay attention to the resulting model number of triangles and vertices.

Thanks for the input. I have uploaded the file. Although I was playing around with it a little bit since the initial post.

I’m going to try posting this kind of question onto the Unity forums as well. This may not be the best place to ask as it may be more of an engine thing, nor am I probably phrasing this question well at all.

I was playing with the model a little bit, this is what I’m at now. http://www.pasteall.org/blend/25289

Yes, it was what i thought, you have used a ngon for the back and the inside of your model, and ngon+subsurf is usually as bad as triangles+subsurf if they’re not being surrounded by support edges.
Additionally no game engine support ngons, if you don’t make it quad manually it will be converted into triangles when you’ll export the model , triangles that may not provide the shading you’re hoping.

Try this instead, go into Vertice selection mode and select those 2 vertices : Press J to join them, cutting by that way the ngon into 2 faces Those 2 faces are still ngons (face made of more than 4 vertices) , but it’s simple, select other vertices and press J until you obtain this : From 1 ngon you have now 4 quads , quads are the best for using the subsurf, but you’ll still have a little problem with the subsurf, so you will need some support edges, for that case it’s easy, select those 4 faces And press I to inset, move a bit the mouse until you get this inset that will be good as support edges Now for the ngon inside , it’s the same process : Select vertices, press J to join them to cut that single ngons into 4 quad faces And similarly to before, select those 4 faces and inset them with I a bit Thank you so much. It works like a charm!