I found the problem, its in eevee, the input to a mix shader must be clamped to the range(0,1) or it will magnify the inputs: 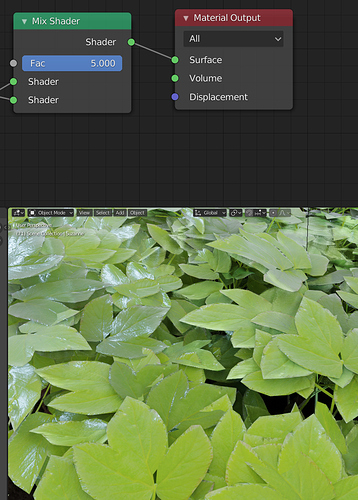 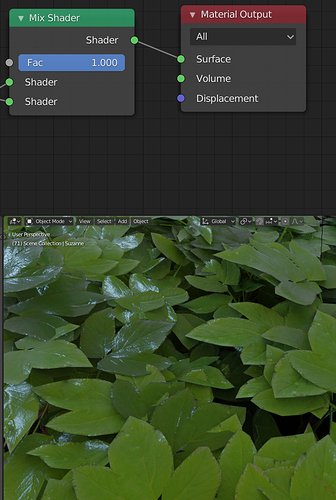 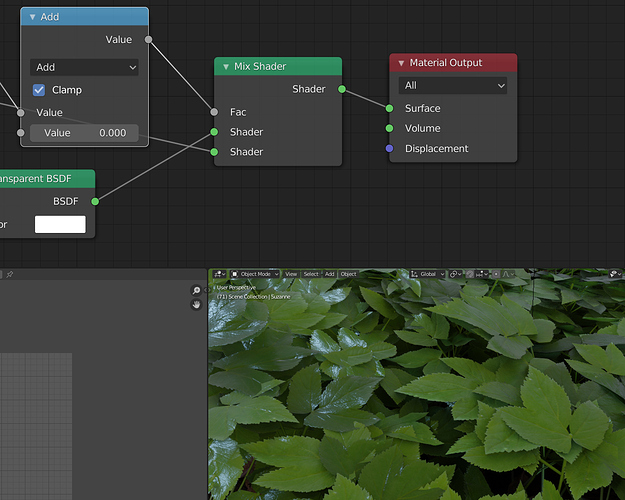 Guess I have some older version then? 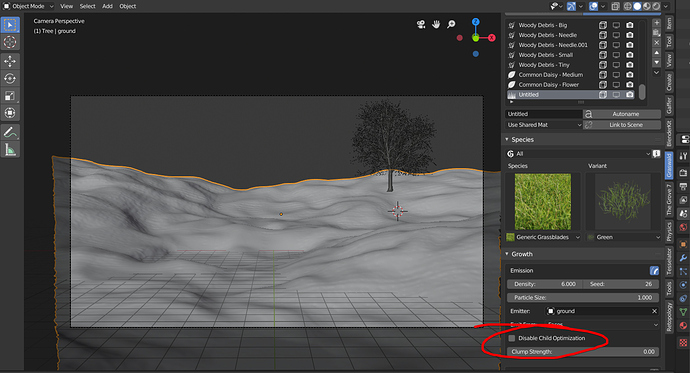 Just wanted to post that, but you were faster

I noticed it some time ago, but did not have enough time to fix it, I’ll try to do it as soon as possible

On a side note, I’m really proud of how active everybody is contributing to improving the quality of Graswald, we are currently working on a roadmap of features based on your suggestions and comments which will be worked on once everything is stable.

Yes, that is an older version

I’m trying out this new way of keeping tasks organized for now.

Thank you @Acrivec for your reply but indeed, this “disable children optimizaiton” is not available anymore.
I have figured out that using a smaller density and a great number of children is much more memory efficient and it works well when camera is far (in my case more than 100 meters away). So this is the way I work for now.

@KareemAlgalaly: glad to know large scale scenes are in your scope !

Hello I am very interested in this add-on however I need to know if it will work when animated to blow in the wind. Will the grass react properly to a Wind / Turbulence force ? I’ve seen a video of animated Graswald grass blowing in the wind but looks more like a displacement modifier was used – and it gives it a relatively unrealistic wobbly look. lmk thanks!

Graswald uses two methods of ‘simulation’ one uses displacement modifiers—best on leafy plants—and one that uses force fields—either by hair simulation or by using the steady state positions each frame. This second method (forcefields) works best on grasses because you can’t tell the grass blades aren’t bending.

Any more realistic method we develop will probably be an animation based technique which won’t be influenced by force-fields. The only way to get individual models to react to forcefields would be too build a custom simulation and distribution engine—which I’d like to do in the future, but is at least a very long ways off.

would it be possible for the Graswald team to create a tutorial/best practice procedure/settings for using Graswald on larger areas (say 500m x 500m)?
Despite my computer beeing a bit older, but reasonably powerful (HP Z800 with 2x XEON [email protected]=24 virtual kernels & 72 GB RAM & GTX 1060), its getting slow when I add larger gras areas.
Due to the slugginess its also almost impossible to do weight painting on such a large area.

I think a kind of cookbook would be great for this.

Thanks so much, Pretty

Still looks really cool to me! is it just hair dynamics enabled and the sphere has collision enabled?

You have to wait for particle system re-do because it’s working worse than in 2.79.

Yes, as soon as we have the new variants designed for large areas, I will do that.

I’m looking for new ways to get more realistic models, and I wondered: Has there ever been an attempt to enable blending two objects with different materials together? This would allow much smoother blending and enhance a photogrammetry workflow (similar to this):https://www.youtube.com/watch?v=yzpmEFCrnwY

Is there a current workflow that allows to blend geometry and (most importantly) the materials/textures?

That is a cool workflow. What idea do you have in mind for graswald?

I´ve been wondering the same =) Would be great to have that inside blender.

For large planes I’d suggest using groups as particles instead of single grass leaves.
For example, instead of using 10 000 000 grass blades on a plance, use 1 000 000 particles with 10 grass blades in each, treated as a single object. That should optimize stuff a bit i guess.

That’s actually the core idea of what we are building for large scale scenes. Our models are already composites of many leaves, but we will have new variants that are lower-poly composites of hundreds of models. In my tests this dramatically reduced memory and render times. The only thing is that these will have to be created and optimized by hand, so it will take some time to integrate, but I am optimistic.

Hi guys, i m using blender often as a working horse, but i have other 3d apps and renderers I m using, too. So i would like to use the Graswald Textures in Other renderers, too. The only way i found to get to the textures is through the core blend files and unpack the png`s to the Temp Files. This is kind of hard. Is there a possibility to get the textures, without going through this process? Could you send me the files?

Thanks for your help…