In blender 2.8 the grease pencil has become pretty huge. So I’d like to open a thread to collect links to tutorials, hints about not so obvious stuff, workflows, anything useful that you discovered 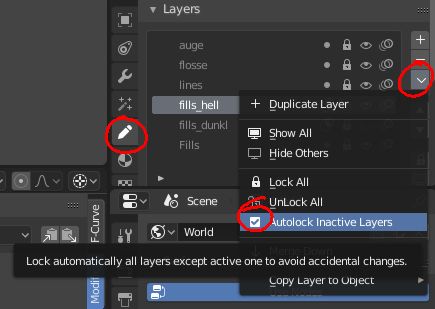 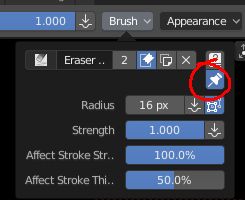 I made a few textured brushes I wanted to share. Not a very big collection yet, but pretty easy to extend. Hope you find it useful. 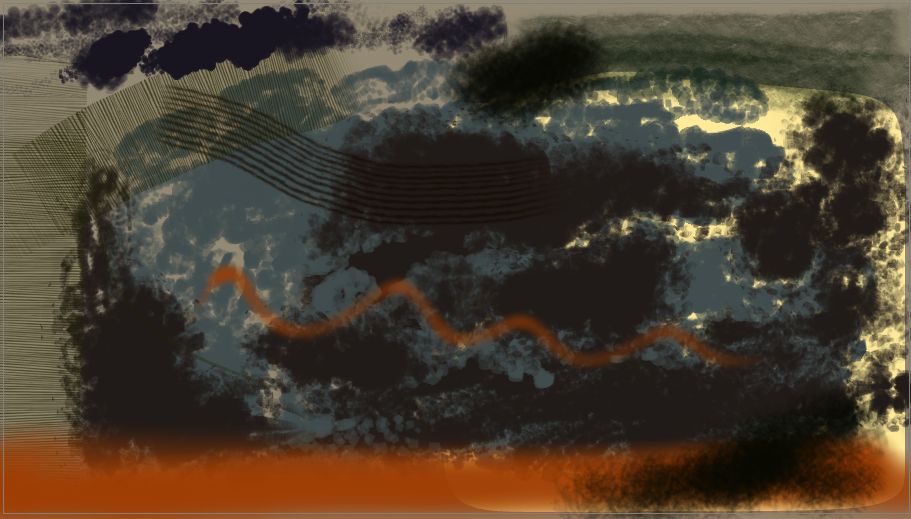 These look great. Thank you.

Very nice! I’ll take a look at the blend file - thanks for sharing.

I’m mainly interested in producing animated sequences so I’ll be looking at trying to balance attractive strokes with point density.

Too many dense strokes can really sloth it down after a while. The simplify modifier can become very convenient. It has an option to exlusively work on/exclude a certain layer. Very useful to speed thigs up and applying it also makes the smoothing sculpt brush more useful

Those are some awesome tips! Especially autolock inactive layers. I keep forgetting to click the locks manually, but this looks like a better way to do it.

I actually just made a video showing how to fix the colors rendering weird in Greae Pencil They look great in the view port, but once you render them, they get all washed out. Basically, in Rendering Tab. you go to “Color Management” and set the “View Transform” from “filmic” to “Default” That makes the colors render the way you see them as you draw them.

Great, I was just trying to figure this one out. Thanks!

The problem here is that you are mixing display referred thinking with scene referred modeling.

A simple demonstration is the tail end of Hero, where they demo moving lights around.

See that broken yellow? That’s why it is important to use a proper camera rendering transform and remember that if you are drawing in grease pencil, you are drawing albedo values or scene referred emissions, not traditional display referred colours as with an application like Photoshop.

Could you explain that to me, like I am the ignorant bystander in a CSI episode? Sounds kind of important to understand, but what do you mean with scene referred modeling, albedo values & what’s the problem with the yellow?

The reason for this is that Hero was rendered without a camera rendering transform, and instead used the sRGB transfer function labelled “Default”.

Traditionally, and ignoring complexities under the hood for the sake of explanation, a useful model to think about adjusting a colour value when you are drawing in something like Photoshop, is to think of it as controlling the emission of the diodes in the display. That is, when you set the slider to 50% you are trying to tell the display to “Output something that feels about half of the intensity of the brightest point 100% on the particular colour diode I am asking for” That gets converted via hardware of the display into a linear light emission value.

However, in something where you are mixing 3D and 2D, you are supplying lights in the scene to reflect off of the strokes or directly mixing the strokes as emissions with the scene’s lighting. That model is described as a scene referred model. That means that some of the things in our scene are trying to emit, and some are reflections of light smashing off of an object, and are then “rendered” via a transform, out of the screen.

In the Hero demo, the beige-orangey wall colour has a light smashing down on it. When we say albedo, we are now referring to the ratio of light reflected off of a surface. If our beige albedo were something like 0.7, 0.6, 0.03, illuminated with one unit of light, we expect back the same values. Twice the light? Twice these values in the scene referred domain.

This is a grotesque oversimplification for the purposes of this particular explanation.

So when using grease pencil, it is critical to still understand that you are developing textures of some sort that have potentially different contextual meanings. Are you smashing your strokes with light and using the result as a diffuse surface? That’s an albedo. Are you changing the material to an emission to project light?

The different contexts can yield different results, some of which are unintentional problems as we can see in the Hero demo sequence.

This is why the advice to “Just change to Default!!1!1” isn’t necessarily the most wise advice, where a bit of investigation would be more ideal.

Addendum: I’ll include a link here to an example I did on Twitter as this forum migration lost the original imagery. Warning: Once you see the broken handling, you can’t unsee it. It will remain with you forever and you will see it everywhere. It is a permanent mental blow. Do not click the link unless you want to be forever laden with seeing broken colour handling from cameras or animations. The three images (see thread) were taken from the OpenEXR reference imagery set, and rendered through the Filmic Blender camera rendering transform versus the sRGB default transfer function. 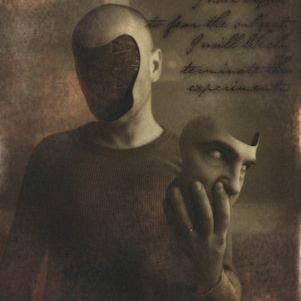 Here's a great example as to how posterisation occurs without a proper desaturation transform. That cyan is broken. #b3d #filmic_blender https://t.co/yVLSBuYDc1
8 Likes
ogonek (ogonek) January 12, 2019, 7:03pm #11

wish I could like your post once more for the edits. This is really what I was hoping for, when creating this thread.

I’ll have to do a little more research to see what exactly is going on with the transforms, and all that. My “fix” I suppose is for if you are not doing any lights, or 3D/2d hybrid, but rather just want to make cartoony 2D animations as they are when you draw them.

That cutting tool changes everything!

Also have a look at this one: 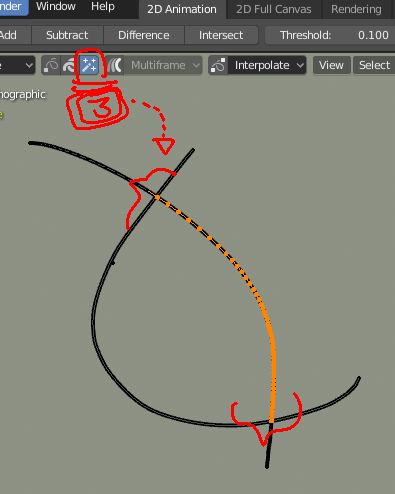 I completely missed it the first time. Bound to ‘3’ in edit mode, selects points in between colliding strokes.

That’s pretty interesting. I can’t think right now what it would be useful for, but I bet if I play around with it more it would be a pretty useful thing to do once I find a good workflow for it!

Well it basically does what the cutter does, but in edit mode and you can choose whether to dissolve, delete or rip the partial stroke (press v). I used it in the clip below although it may be a little too fast to follow.

but go watch it anyways, because:

you can now enable speedline guides!

hi all, if i have two cricle one inside the other like a donut, how can i color fill only the external ring and not the hole?
thx

Fills with holes are not supported, but you can create the inner circle on a different layer and set the layer blend mode to subtract.

You can hold down CTRL and manually draw a fill on half of the donut, and then you can fill the other half.