I have not seen anyone do this, and it probably is not a great thing to start using Blender with, but please look at the following. It is my very first Blender anything though, so…

What I’m trying to do here is use beziers to do what I gather is called articulated roto, one of which is just for the chest, which I then use a color ramp on to smooth out the wrinkles in the fabric, then I balance them to be similar. I then take the green channel (to get rid of color), add the layers and textures (texture nodes) and put the whole thing back together (with too much blur…).

Not sure that makes sense, let me know if not.

My question is, is there some way to ‘pin’ the texture to the render layers (ultimately to the character)? Rather than have the compositing effect of the background passing through the character as it moves? Is this due to compositing in general and always happens ? Would it go away if I use a Texture layer when I render instead? and if so, how would I combine two textures before I render them, which is why I used nodes to begin with?

Since I have the movement, shading and human form, I really don’t want to model this (if for no other reason I don’t know how anyway) if I can avoid it. I also have much longer chunks of the same stuff so if I can get by with the nodes, that would be great.

I very thoroughly do not follow. Let’s see a screenshot/sketch.

Attached is the noodle. The still image looks good, but in video form the texture ‘passes behind’ the figure, rather than being attached to it, which is what I am going for. Any help you would be greatly appreciated, I suspect there is something to be done, but as of yet have not discovered it. I wonder if a rendered texture would be different (or possible). 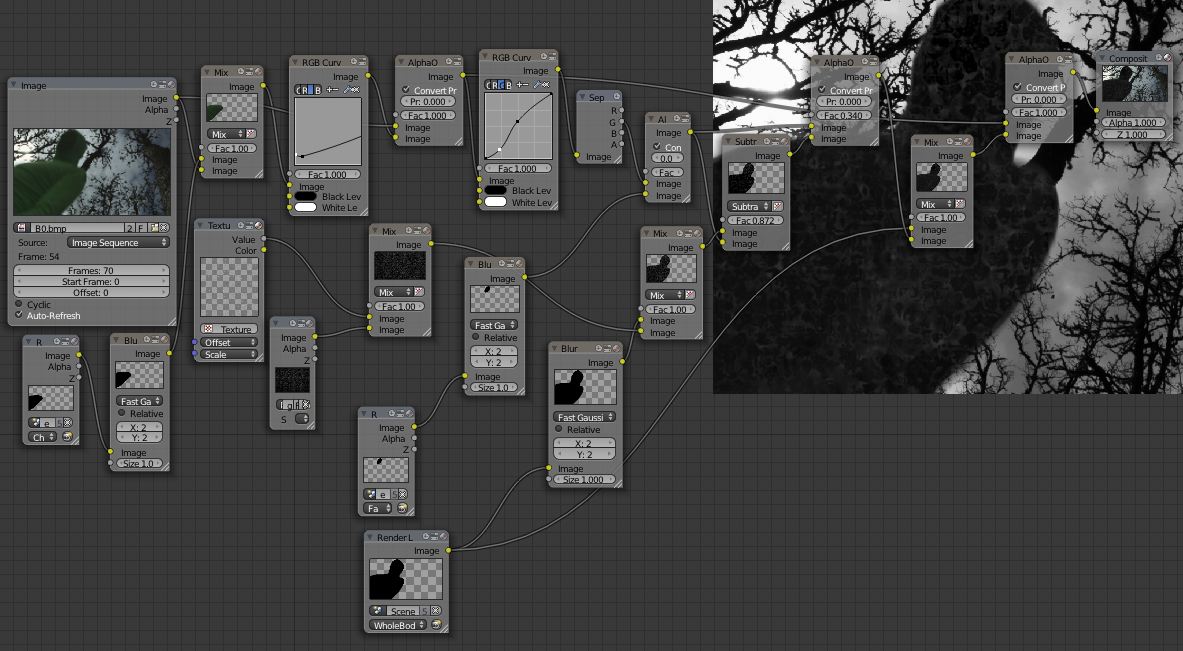