Hi,
I’ve just finished a personal portfolio image done in Blender and VB25:
Thanks for viewing and all comments are appreciated: 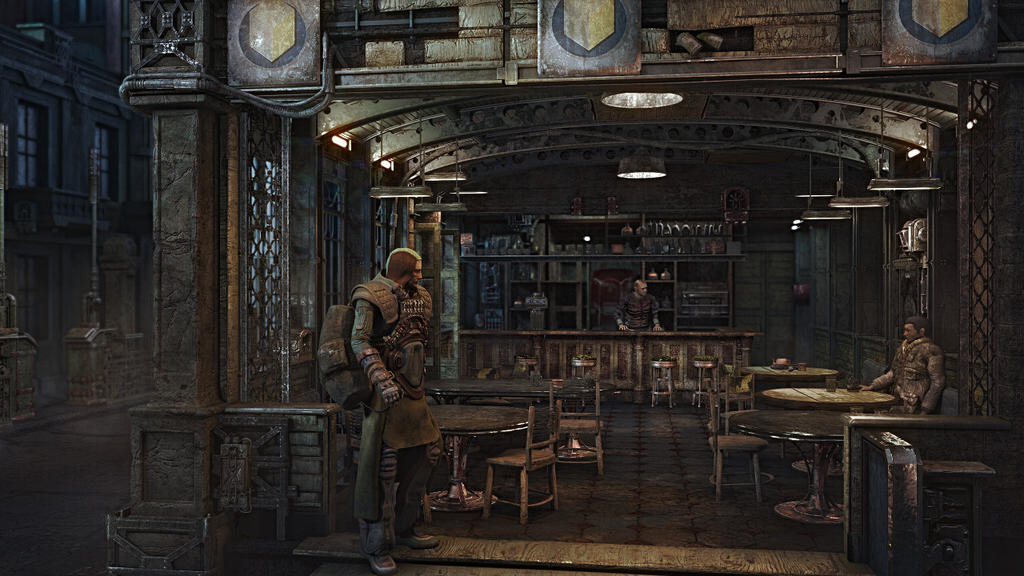 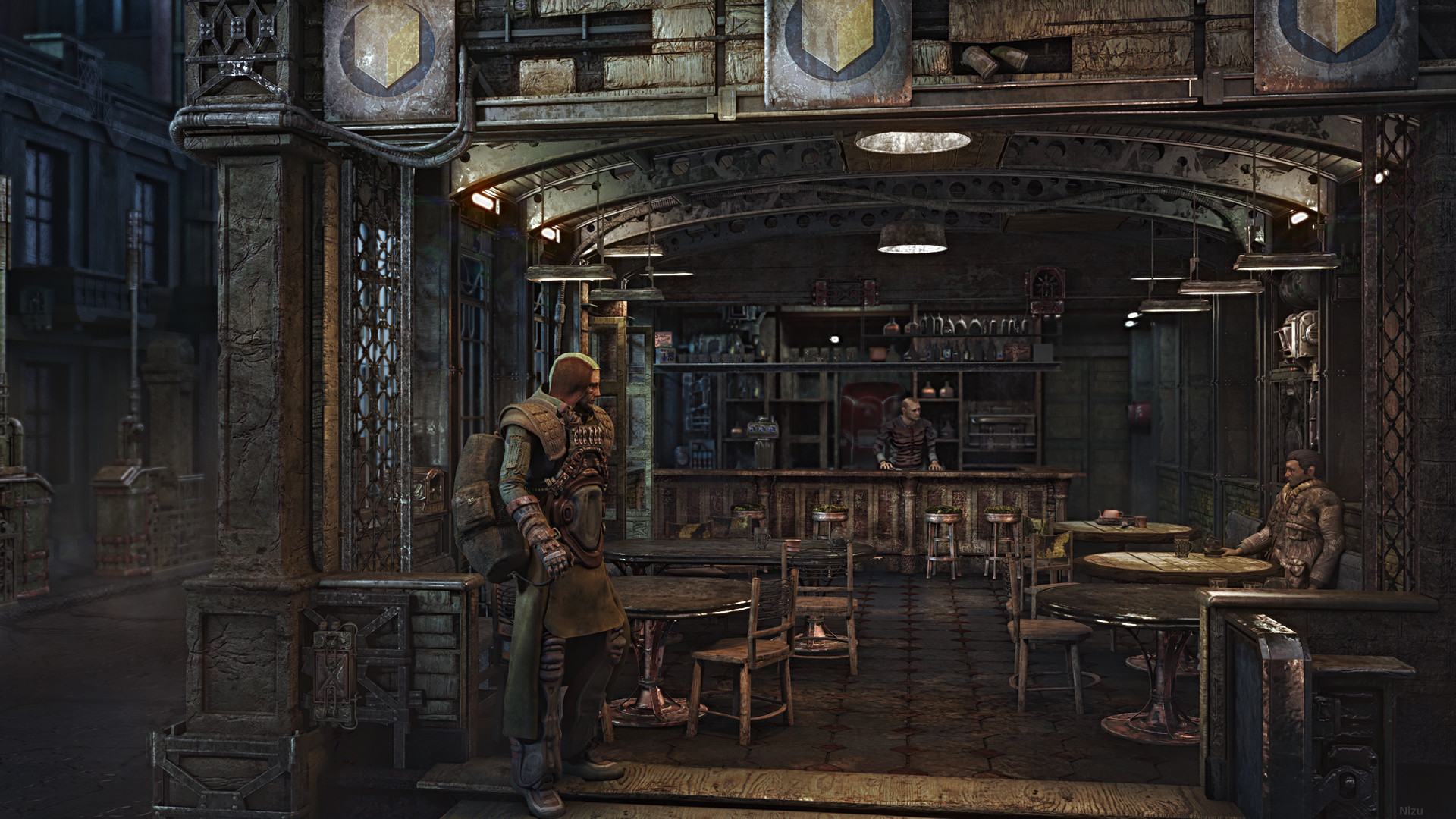 Rendered with VrayBlender at 2496x1404.
Modelled in Blender ( head meshes from makehuman , sculpted in blender )
Textures painted in blender (using tablet , more about textures on my blog)
Most materials use handpainted B/w controlmaps + photo textures from cgtextures (modified and made tileable)
Smoke-fog rendered in Blender volumetrics.
Post in Blender nodes. 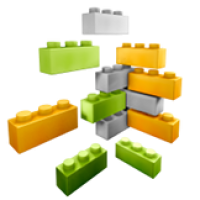 Very nice. This actually looks like game art - I don’t mean that in a bad way - I love game art. It feels like a really nicely done real time screen capture from a game. If I had to point out a weakness, I’d say the characters are not as alive as the rest of the scene, which is very well done. Alive…they are a bit stiff, but I’m really not a character modeler, so I can’t quite put my finger on it. Don’t worry, only really experienced cg people would point that out anyway. This will be a nice addition to your portfolio. More images? Other scenes? This seems to be the only image on your site.

This looks amazing, it really feels like game art, but definetly in a positive way, it seems soo alive that you want to interact with it, i think thats what its coming from

Nice work on the detail… grimy and well worn, I sure wouldn’t consume anything from that bar. Perhaps a little too much dust-n-scratches, but it all fits together. My main complaint is the characters – they seem really stiff, particularly the one sitting at the table. Somehow he’s grabbed the attention of the other two characters, yet he’s almost entirely lifeless. His pose is fairly unnatural for someone sitting in a chair with a drink, and is very neutral from an expressive standpoint. Make him do something.

The bartender is better, but two things stick out at me. First, the hands (especially the one resting on the bar) could use a more relaxed pose – its unusual to have fingers spread out that much and that evenly. The second, his neck and head feel stiff – as if he has to turn his entire back to face toward the fellow on the table. Try twisting his back away from the direction he’s looking, and tilt the head as if his chin turned more than the top (this should effectively make him look a little down his nose). Might look a little more dramatic and natural.

The foreground character is the best posed, except for his right hand which looks like it should be resting on a pole or something, and his right foot which is not actually supported by the steps.

Compositionally, because of the way the characters seem to be looking at the sitting fellow, I get the feeling that he’s the center of the story, which is why his stiffness is so striking to me. However, the quality of the pose and detail of the foreground character suggests that you meant for him to be more important. If so, the bartender’s looking at the wrong guy, and the sitting fellow should be looking outward as well (perhaps peering under his palm which was only moments before shielding his eyes from the pain of his strife filled life

). Also some more dramatic lighting may help isolate the important areas in the bar scene, which, with its plethora of detail, could use a little more focus.

There is so much great detail and attention paid to the environment, just a little more tweaking to the characters could make this image blossom into a great story snapshot from a sci-fi novel or game.

The link to game art is certainly there … mostly because it’s practice/study for game art without the final ‘crunching’ … i mean i painted textures and modelled as if it was for a game , but didn’t bother baking to lowpoly.
I’m not saying that’s unimportant but it takes so much time … while i wanted mostly to focus on practicing design and painting …

But i guess it’s also that i like and i’m better at illustration-like 3d , as in game art (or documentary) rather than photoreal 3d .
I also took direct inspiration from games … at some point i wasn’t very happy with the lighting (which was quite bland and colorless…) but the look of ‘The Witcher 2’ envs. really inspired me.

Oofnish : Thanks for the input on the characters poses , That’s all very useful.
Definitely the bartender looking at the foreground guy would also help the composition, guiding the eyes of the viewer …

I’ve always done environments , this is my 2nd scene with people ever .
So i was happy with the simple fact of being able to rig a static pose without messing up

Indeed there’s something wrong with the guy in the middle , probably related to the rigging and the weightgroups / skinning not deforming the clothes very well.

Something i noticed with this project is that while is good for env.artists to practice humans (and useful for work , to be more of a generalist ) it’s also a good idea to start from good basemeshes … Not just a makehuman head for topology , but a full rig … and building clothes on top of that .
(i mean i actually started to practice characters and clothes from scratch to learn , but once i got the basics using a good basemesh and rig would have helped , while chars. here are a messy patchwork of experiments done as far as 2 years ago)

Edit 2 : … i also get that good poses aren’t just about a good rig , but more about acting and having an eye for how human move and behave .
Something i haven’t studied much , infact took me quite a few renders just to find a plausible angle for the head of foreground guy (not looking at his feet neither staring too steadily at the sitting guy …)

I must say, your game style renders really make me want to get back into Blender prop and scene production… you should take a look at a game called S.T.A.L.K.E.R. Shadows of Chernobyl… your artwork, especially this piece and the Canal piece, remind me of that game’s grungy atmosphere and style.

those games and Fallout’s envs. are some of my favourite references !
I originally planned this to be a fantasy setting , a pirate’s bar or similar … but i couldn’t resist experimenting some more with this kind of grimy retro-future settings…

the “game art” thing comes from the heavy handed grunge and the fairly flat lighting scheme. Squint your eyes and this is totally “middle”.

It be much nicer IMO if there was more range in the lighting, some big areas of bright and dark… making interesting shapes and guiding teh eye…

Look here
(I know these arn’t exactly what you’re going for)
In all of these there is a much bigger range of light and dark, creating areas in teh composition

I agree about the lighting , a similar comment in another forum made me think of Luxrender.

I do have the tendency to flatten the lighting, partly because of personal taste : i do prefer to read every shape and volume clearly , even if it harms the impact of the whole image (totally ‘middle’ , exactly) … i always considered that simply a ‘bad’ taste but i begin to see some point in it… if done well.

But it’s also me lacking the kind of photographer’s eye that for some people is innate.
When i used Luxrender , the light groups were a great help : it’s hard for me to guess /visualize the right setup from the viewport , while realtime feedback of lightgroup did really help ‘discovering’ good balances of lamps intensity.
Edit : and by balance … i mean contrast ,i.e. deleting half of the lamps because weren’t necessary or reducing their intensity to 1/100 … the effect was often surprising.