I´ve modeled this sci-fi gun, and my plan is to make it a game model. 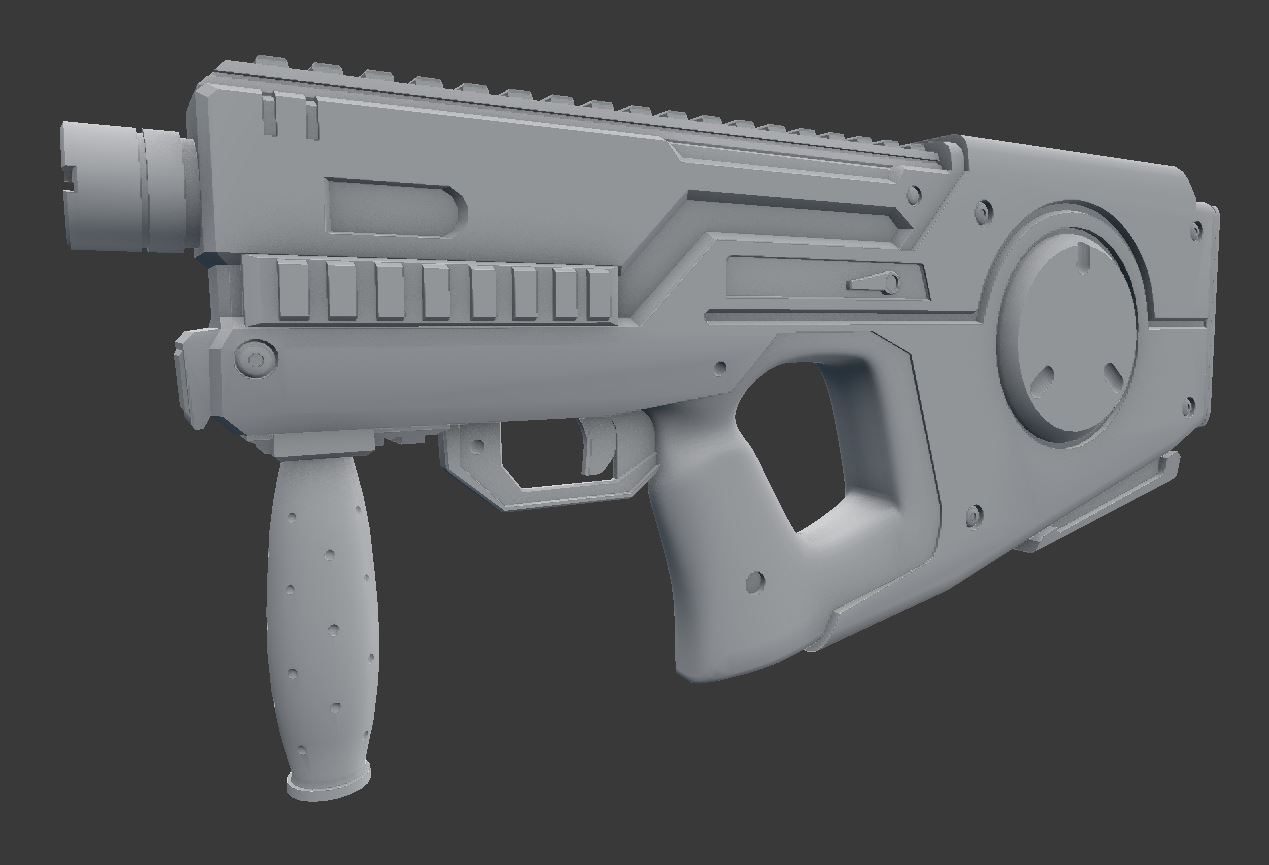 The problem right now is, that it is really high poly, and also there are a lot of n-gons around.

I´m not really sure at the moment how to approach this. I need to create a lowpoly version, to unwrap and texture.
Do you have any ideas how I can get a nice lowpoly mesh, with some cleaner topology, which I can the bake on?

I wouldn’t consider that high-poly and neither would I consider it a high-poly model. You’ve made booleon operations but haven’t cleaned up the geometry and neither is there any supporting geometry. If you add a Subdivision Modifier the whole model will just collapse into a mess.

Before you go onto creating a low-poly game model maybe you should first understand its process. Usually you need to bake down a normal map to the low-poly, however since your edges aren’t smooth in any way, mainly because of the lack of edge-loops anywhere, your model will look terrible once it’s textured. I mean I can’t even see any bevels…

However to answer your question, you just need to remove edges on the cylindrical details and then simply triangulate all the flat surfaces, there’s nothing to it really. I can’t offer much advice since the model hasn’t been made with the correct workflow in mind.

Ok thanks for the information. I would like to know, how I could improve my modeling workflow, if it is not good like that. Anyway, I think I will stay with the topology like that for now, given that this is only a test.

Ok thanks for the information. I would like to know, how I could improve my modeling workflow, if it is not good like that. Anyway, I think I will stay with the topology like that for now, given that this is only a test.

Hi friends! Not sure if i'm correct here, but my issue is heavily technical - but of course about game art. Anyway this is pure self-advertisment.

Basically you’ll want to create a high-poly model, this entails creating a model which can be subdivided without detrimental effect. The idea is to create something which can transfer its properties down to low-poly model. This means having smooth edges and following a few best-practices. Generally you don’t want to have perfectly sharp or hard edges when baking a normal map down to a low-poly model. You need to understand smoothing groups, how to create a model cage and how to create UV maps.

Simply texturing a low-poly model without any of the above or anything at all won’t yield the kind of results you’re probably wanting. 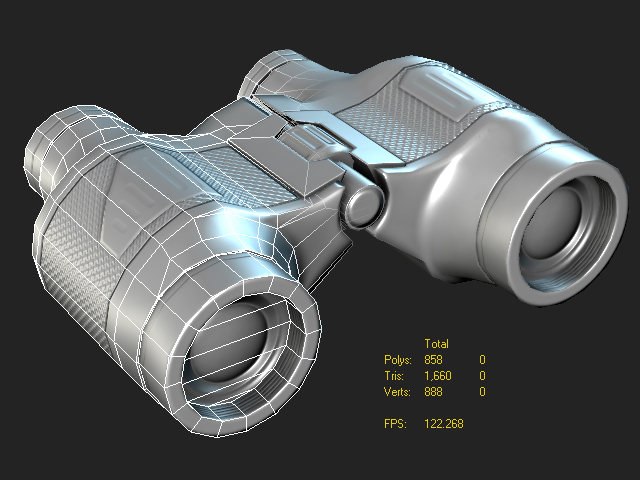 Here’s a model I made for example, the top model is my high-poly and the bottom is the low-poly.

After editing the model, baking it down and then texturing it, here’s the result.

You basically want to fake the details…

Here’s a good tutorial which teaches you the gun-type game asset workflow, it’s worth watching it or indeed buying it if you want to understand how it’s done properly.

Dear Polycounters, I wanted to share my biggest personal project so far.

…and here are some good tutorials worth watching, I believe they are free. Don’t mind that it’s for 3DSMax, the same principles and rules apply to any package.

Hello, I am Racer445, a self taught hard surface and weapon artist from the east coast of the United States. I have been working with computer graphics programs since 2006 and have been working on a career in the field since mid 2008. I am dedicated...

Ok thank you for the information!

This is what I ended up with after texture baking and texturing in quixel. 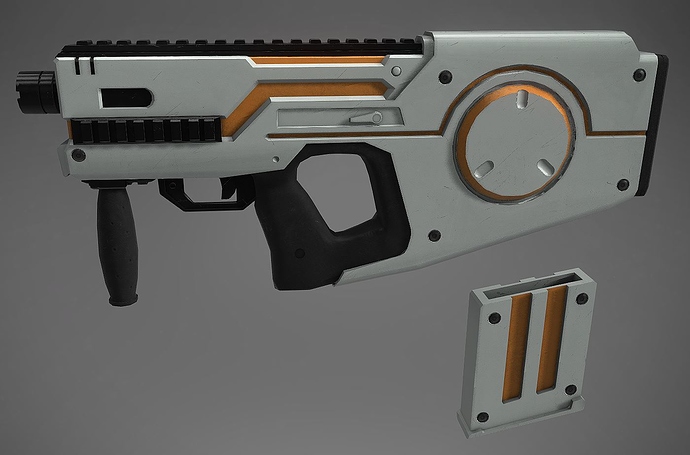 I think it looks ok, but the topology could be better. Next time I will try to create some cleaner topology.