Latest BoxCutter update has the support you wanted built-in so you can stop using my hack.

I know, just saw it. Amazing!

I recently reinstalled Blender (v 2.93.4) with Hardops Francium (00987) and Boxcutter Seax (719) following the procedure on the official hardops manual.

I can install the addons fine, they appear and respond but whenever I try to apply a bevel (Q menu → Bevel) I get a python script error popup message.

Getting an error in the preferences panel on Boxcutter shape. Noticed it as when I attempted to use quad bevel, it wasn’t keeping the main bevel and quad bevel distinct, rolling the wheel affected both. 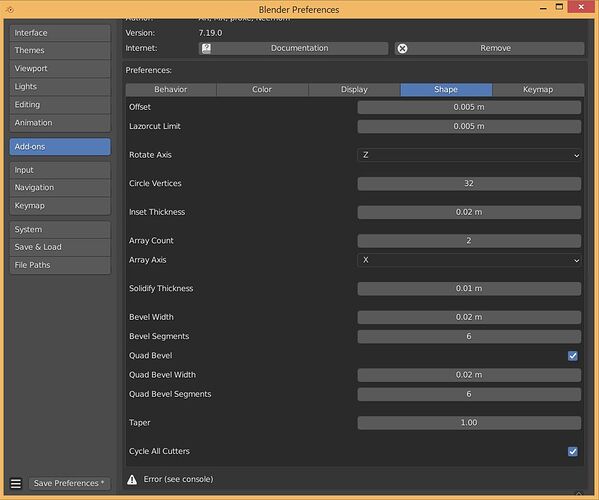 you will need to make sure hops is up to date 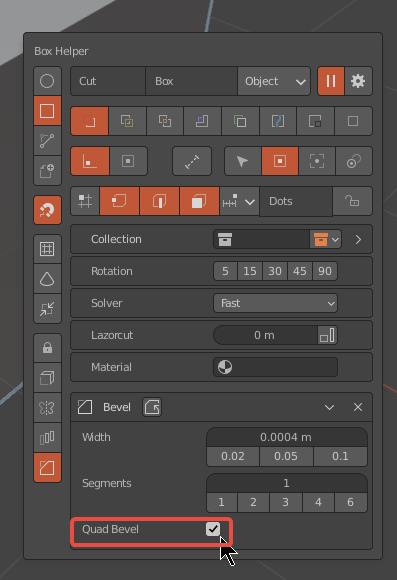 multibevel is not possible if quad bevel is disabled.

I don’t know what went wrong. Re downloaded the same version and installed it again. This time it worked like a charm.

Thanks a lot for the quick help

I’ve got a question (maybe request) regarding the Bevel Weight Modal: 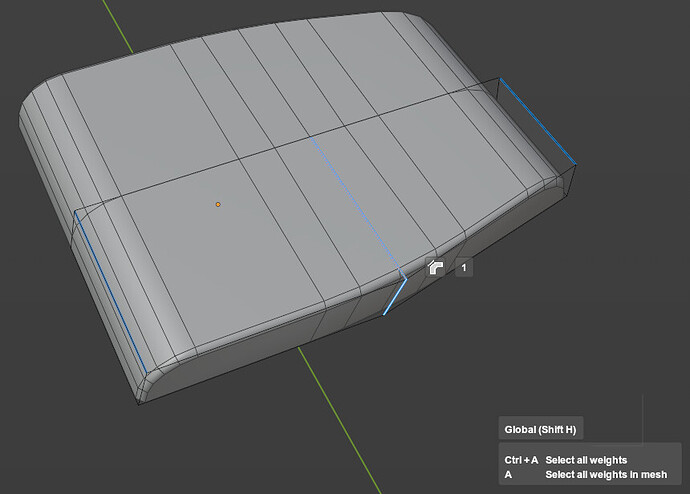 I’d like to further increase the Bevel for the selected edges in the middle. Bevel Amount in the modifier is set to 5 in this case and the Bevel won’t increase any further because Weight is already set to 1, obviously.

So I could change the Bevel Amount in the Modifier and reduce the Weight on all the other edges accordingly to achieve what I want. There’s got to be a way to do that automatically.

What I thought would be a great addition to the Bevel Weight Modal is an ‘Overdrive’ toggle that does exactly that: increasing the Bevel further beyond the Weight of 1 by increasing the modifier’s Bevel Amount and reducing the weight of all the other bevels accordingly.
There shouldn’t be more than one Bevel Modifier on an object with Limit Method set to Weight, so the user wouldn’t need to specify which modifier to change.

But: I’m pretty sure that Hard Ops already had this built in somewhere – Speedflow could do it and if I remember correctly, I finally dropped that one once I discovered that Hard Ops had a similar functionality. If it exists, I can’t seem to find it any more though.

thanks for the request!

When it comes to us and bevel. The following links go over our approach with it. I hope it helps. 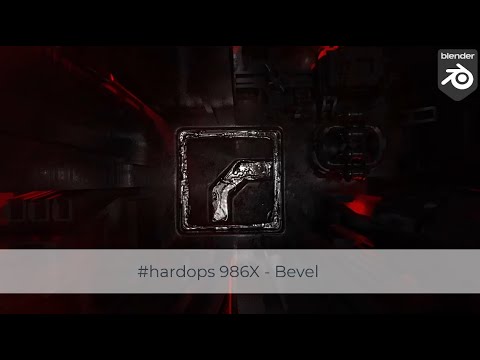 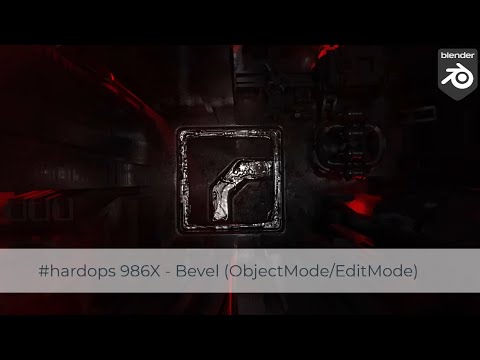 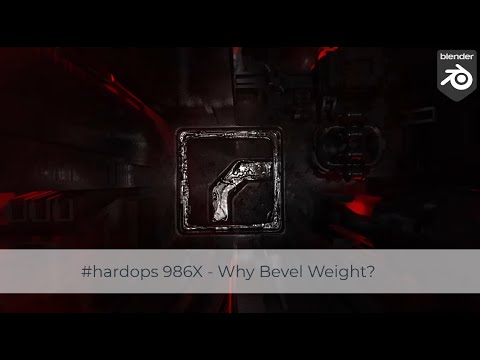 Those videos go over our approach to the topic.

Thanks for the links. Totally forgot about the Vgroup Bevel which is kinda what I was looking for. Need to play around a little with this one!

Generally, I need to admit that Hard Ops sometimes does a little bit too much for my taste because I model for game engines (mid-poly without any baked maps). Meaning I need to keep the polycount at a rational level, I don’t want Bevels on any sharp corner etc., all according to the specific object I’m working on. So I’m reluctant when it comes to (what appears to be) extensive automations such as Hard Ops’ Sharpen/Bevel approach that expects you to work in a relatively specific way which I’m very often not.

Of course that doesn’t keep me from using Hard Ops’ many little tools and helpers that can be utilized in any workflow. And I always love to see those getting more power.

thanks for your insight

when I am in ortho view, I often like to make a projected cut for example from 30 degree angle from the front left. My hotkeys are set up so that rotating the view up, down, left and right in predefined angles is alt + arrow keys. Latest BoxCutter unfortunately breaks that, as alt + up and down cycles some random shapes.

I’m having this weird issue with BC. Clean install of latest BC and also latest 3.0
I remember having this issue before with BC and can’t remember how I resolved it. With BC active in object mode, instead of just going to Box City it’s behaving like the Blender Tweak Tool. Driving me crazy. This is from a brand new scene and BC install(haven’t used it in a while) Thanks.
Activate BC> draw on object> object gets dragged around in screen space like I was using the Tweak Tool.

Thanks Jerry. Was hoping you wouldn’t say that…

Have you ever had that issue yourself?

EDIT: actually it’s something in my settings. Just migrated my 3.0 custom UI/keymap to 2.93 and it’s happening there too. Further investigation required…

with 3.0 I was more taken aback by the topbar changes. But nothing affecting general use seems to be noticeable. 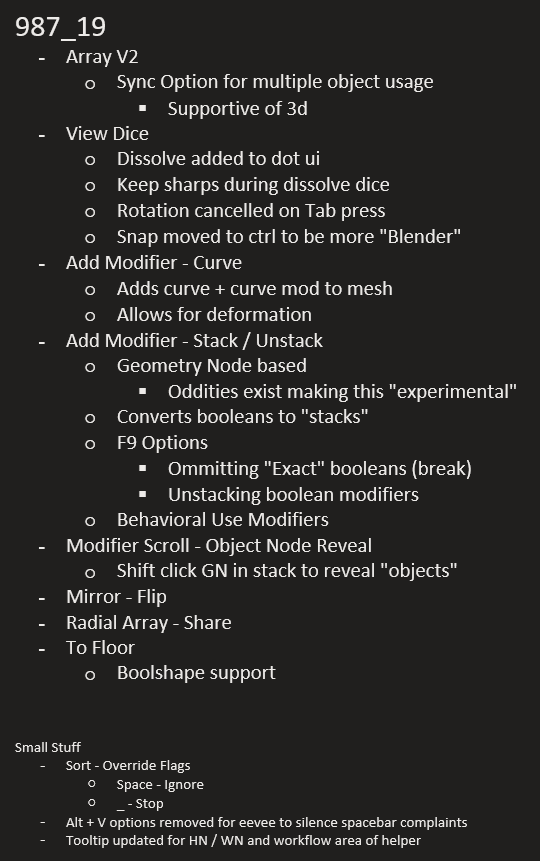 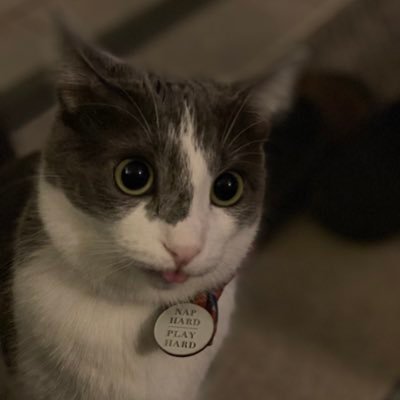 Oh, so I can turn it off. I had no idea since “scroll” implies it concerns only mouse wheel, not arrow keys too. I don’t think it’s a good UI/UX design when you rely on user to draw such obscure connections.