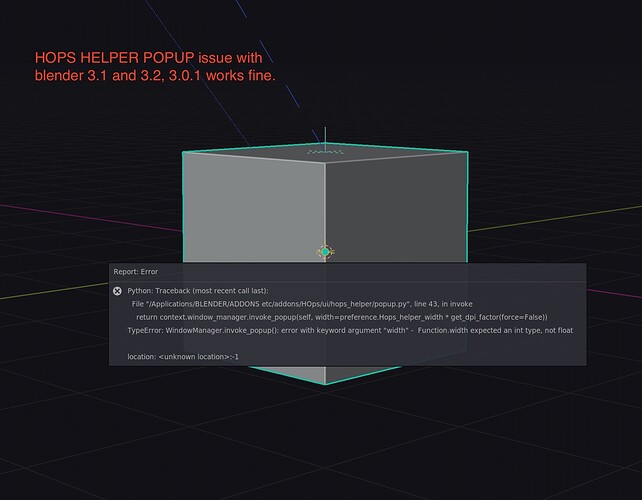 thanks for the report. Users will have to stick with 3.0 in the meantime unfortunately.

@masterxeon1001 hi, how r u? thanks for great updates!

have a question - is it possible to scroll with hops material scroll not scene or random materials, but object’s material slots for selected faces (cant find a way how to do it with hops).

for now i just use my own addon but think it will be cool to have this option in hops … https://imgur.com/a/h0ZRhHL

its an interesting idea! It’s definitely a ponder.

when we press F9 the hardops shows the quality of the viewport .

is it possible to use in EEVEE, as material nodes, or bake the resources: cavity, curvature arranged in the HQ render setup?

another question :
using Hardops with viewport in HQ configure the viewport
from eevee to the highest quality available in blender? 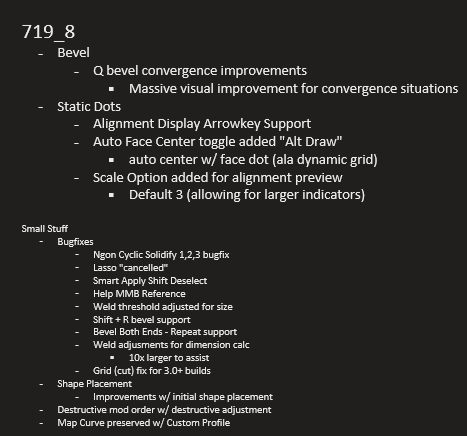 @masterxeon1001 , could you please add support for curves in “hops.open_modifiers” “hops.collapse_modifiers” commands?
Currently it opens/collapses modifiers for meshes, but doesn’t work for curves:

Probably the best feature / quality of life updates so far. Love it!

it will be checked into.

Would it be possible to release more stable versions less often? Both HOps and BC versions release very frequently, often every two weeks on average, and it’s a constant cycle of introducing new bugs while fixing the old ones. I don’t think I’ve ever used HOps or BC version that did not feel like a fragile beta. That would be fine if it was in beta, but it’s been around for several years already.

It’s just impossible to keep up with, when I use Blender for actual production and not just as a hobby. I need something stable and every time new HOps or BC comes, it always fixes some things while breaking others.

It’s just very difficult to keep up when for example I download new HardOps when the new major Blender version is on, so that both are up to date, and then 4 weeks after major Blender release, I update HardOps just because it has fixed some bug, and for example the way array works changes completely. The UI is different, the hotkeys get different, etc… The major feature changes that often are jarring. Trying out different ideas is fine, but there should be two layers. The experimentation layer, and then the stable layer that gets distributed to the users. Right now we are always in the experimental branch with no option to leave.

Honestly, if BC and HOps had more professional versioning and stability, I’d have no problem with each upgrade costing the full price. I do speak just for myself, but for me, $40 (20 for BC and 20 for Hops) every ~3 months (every major Blender release) would be more than affordable. And if it meant you’d have more resources to spend on stability, reliability, and UX, I’d be very happy paying that.

thanks for that insight. We try out best to keep things stable but as blender changes so must we so its a tough balance between pleasing individuals and reducing overhead on emails from users. While offering all the options would be best the amount of correspondence would get problematic so our approach remains best foot forward always and remaining as unobtrusive as possible. Theres always something to improve so we will have to see.

The perhaps just introducing new tier? That would not alienate existing users while it would make life easier for someone like me. The existing tier could remain the same ($20 and updates forever) while some “Pro” tier would guarantee more support priority and access to a stable branch, as opposed to current which would be deemed experimental. This increased revenue from the Pro tier would then cover the costs of support and having to maintain a separate branch for just bug fixes without changing the functionality until new major release.

IMHO Blender solved this nicely with the LTS versions every year. Couldn’t Boxcutter and HOps adopt that as well, so there is a LTS version of the addons optimized for the corresponding Blender LTS version and it will receive bugfixes for a set amount of time but no new features?

anything is possible. But any division creates more correspondence and guidance and pinch points for misuse so it has to be contemplated cautiously.

If overhead is the issue for maintaining two branches, would it help to have a publicly accessible bug tracker? In that case, users could prioritise (long standing/ high priority) bugs on their end. Maybe there are people willing to triage bugs for a small fee, who knows.
Maybe the model should be more of an hybrid, in general no feature updates to the stable version, unless new features solve open bugs (because the new feature supersedes the old one with a bug) something like that.

Anyways, I do think it is important that the price of access to plugins remain affordable. For some 3ds Max addons you would pay in excess of €100 yearly, that’s not something a hobbyist can afford easily. And/ or the boss/ ICT department are hard to convince… 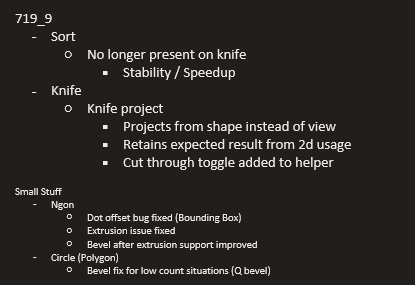 Can’t even use Boxcutter (V7.19) because as soon as I ‘cut’, Blender crashes to desktop.